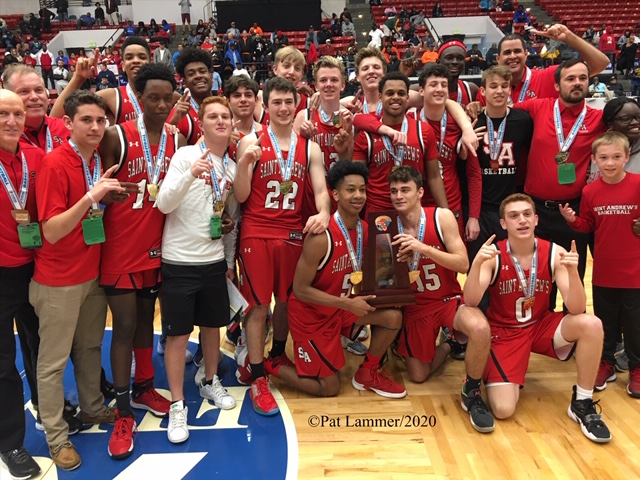 LAKELAND — The St. Andrew’s Scots faced a long and challenging road in the 2020 postseason.

Boca St. Andrew’s, coming out of one of the toughest regions in the state, held off Jacksonville Andrew Jackson, 57-50, Saturday to win the Class 3A state championship game at RP Funding Center.

It is the Scots’ first state title in school history and first for 35-year coach John O’Connell.

“It’s just an incredible feeling,” O’Connell said in the post-game press conference. “It was so many ups and downs in that game. 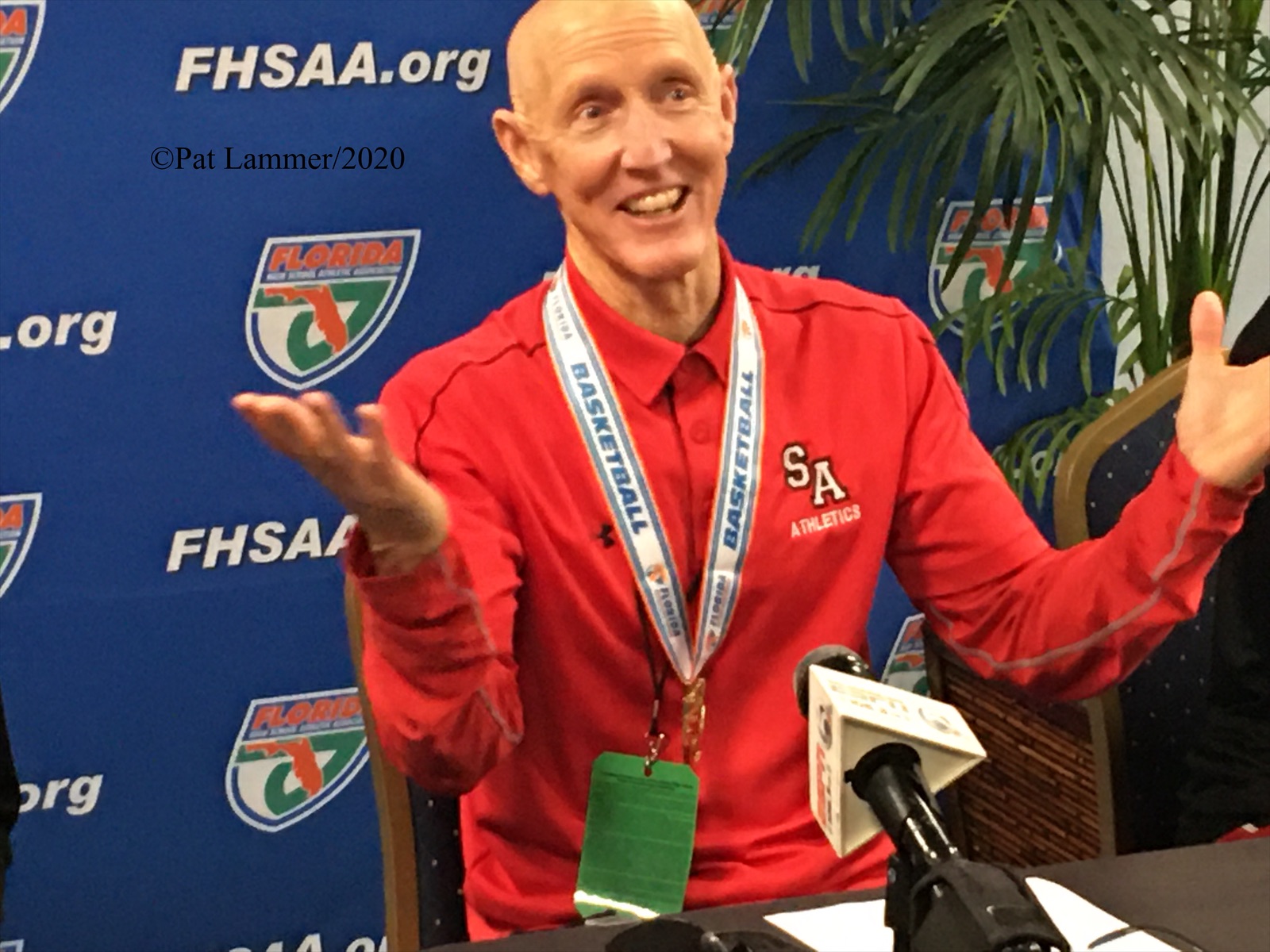 Asked if this is the best team in St. Andrew’s school history, O’Connell said: “They’re the only ones hanging a banner.”

Andrew Jackson did outrebound St. Andrew’s 35-31 and forced the Scots into 16 turnovers.

The game was tied 48-all with 4:10 remaining before St. Andrew’s pulled away. Jack May had two big buckets and a steal in the final run.

If you have high school or travel basketball news you can reach Pat Lammer at PatALammer@Gmail.com