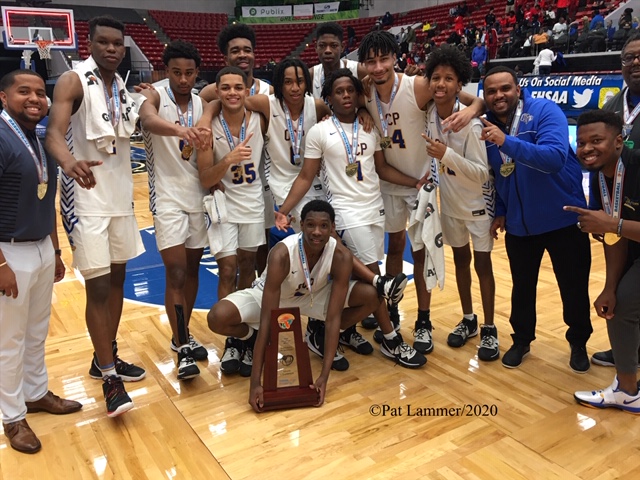 Seminole blitzed West Palm Beach Forest Hill, 80-59, while Miramar took down Orlando Oak Ridge, 59-55 in overtime. Both Seminole and Miramar will be gunning for the first state championship in school history.

Iowa State, Oklahoma State, Independence CC and Warner were among the colleges who has coaches at the RP Funding Center Friday. 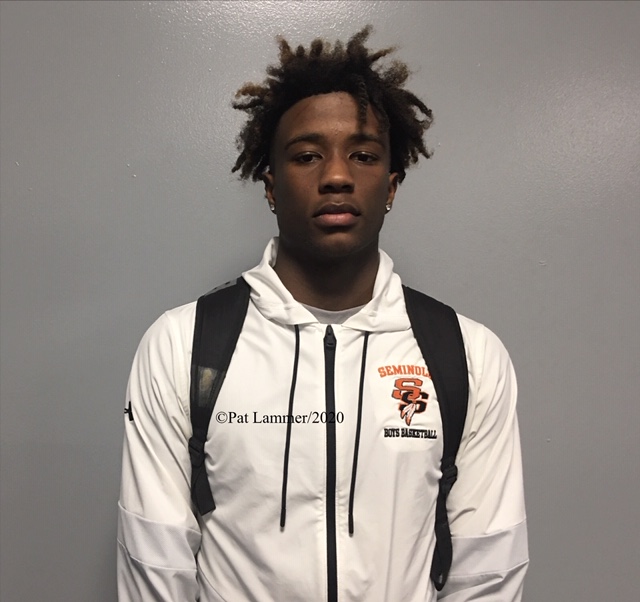 Perkins shot 9 of 20 from the floor and also had 4 steals. He has a college offer from George Mason. He has also been contacted by UCF and Appalachian State.

Asked what is important to him on the next level, Perkins said: “Defense and playing team ball. Being a good leader and stepping up in that role.”

2021 Donovan Draper posted a double-double for Forest Hill with 12 points and 17 rebounds. Jonathan Mogbo had 9 points and 15 rebounds.

Seminole has three key players nursing injuries going into the championship game vs. Miramar on Saturday.

Miramar advanced to the state championship game for the first time in school history.

The Patriots canned 9 of 10 free throws in the overtime period to eliminate Oak Ridge.

2021 Michael James led Oak Ridge with 27 points before going down with a leg injury on the final play of regulation. The 6-5 James could not put any weight on his left leg when he was helped off the court.

Oak Ridge is a young club. Only one senior played substantial minutes.

The Warriors canned 21 of 39 field-goal attempts and outrebounded Impact 28-18.

OCP’s two losses were to Daytona Beach Mainland in its third game of the season and to St. Benedict’s Prep, of New Jersey.

3:00 — 5A championship: Rickards vs. Pines Charter