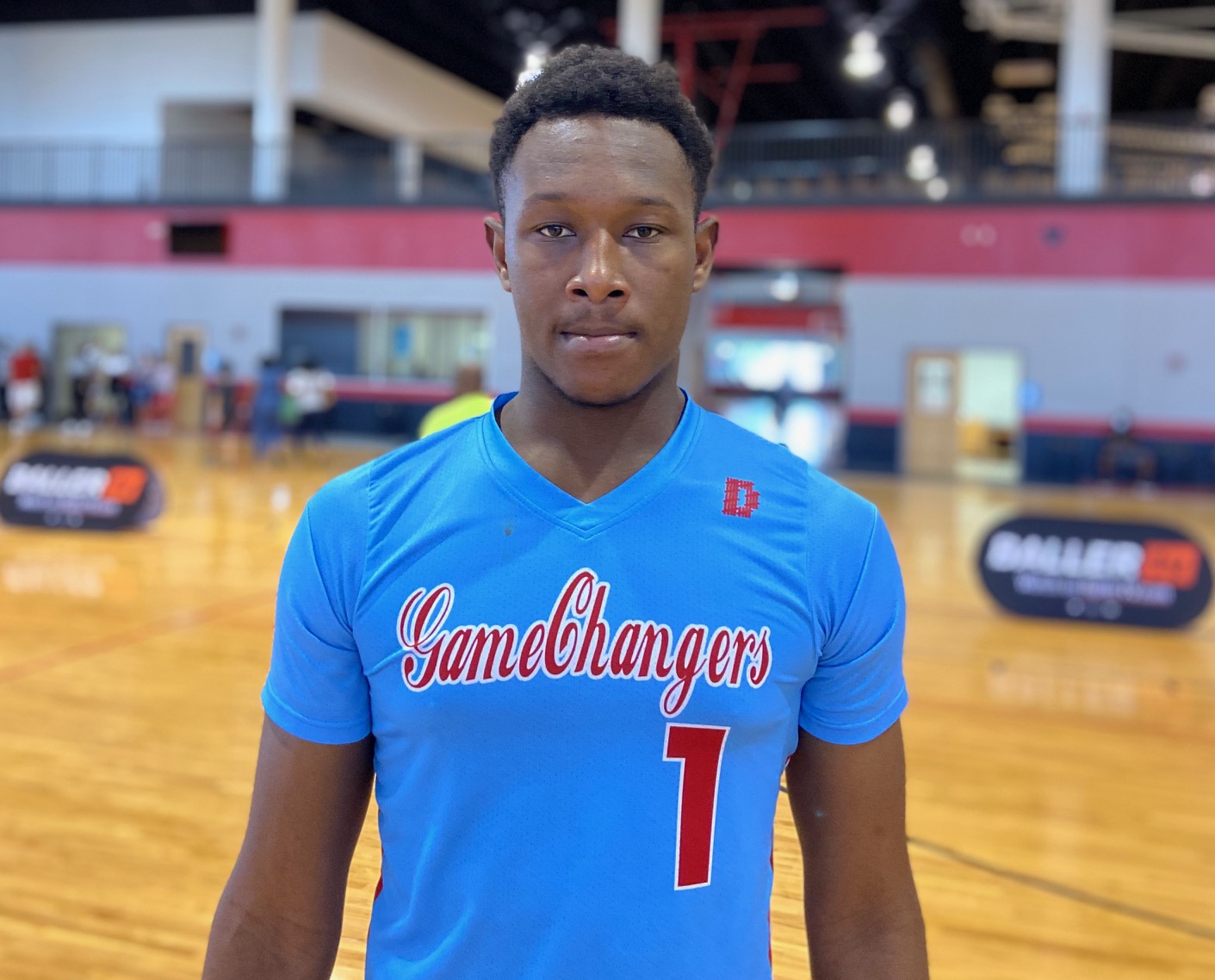 We finalize our coverage of the Fall Festival Team Showcase with a look at some of the squads that made the trek from North Florida.

This group was one of the more interesting teams in the field if only for the physical make up the team.  The thirteen-man roster featured five players 6’6 or taller while the remaining eight were no taller than 6’1.  What opponents end up with is a team that can press with quick guards, protect the rim with multiple big men, dominate the boards, and score almost at will inside.  Marquez Ray, a 6’10 senior, is the biggest of the lot.  He has a nice touch around the basket and his shot extends out to around fifteen feet.  Bryce Turner, a 6’6 senior, brings a lot of energy and tenacity to the team on both sides of the floor.  Defenses had a tough time keeping him out of the lane and off the offensive glass.  Davion Herrod, a 6’6 senior, James Morrow, a 6’7 junior and Stephon Payne, a 6’8 junior, all did their part to limit opponents to one shot and out on the defensive end while crashing the glass and scoring inside when they got the opportunity.  The guards appear to be pretty much interchangeable.  Davin Daniels, a 6’0 junior, racked up several assists while 5’9 junior Drayton McGauley balanced the offense by connecting on long jumpers from the perimeter.  This group made it Lakeland last year in Class 3A and they have a good shot at repeating that feat this coming season.

Mixon Town ran with only a seven-man roster at the Fall Festival but they seemed okay with it.  We saw the team play twice, one game ending in a tie after two overtimes and the other a win against RB Chargers (aka Dwyer).  As one might expect, the key player for this group is Alex Fudge, a national top 100 player in the senior class.  His development from athlete to basketball player should be a model for younger guys to follow.  Fudge is a proficient jump shooter both inside and behind the arc as well as a guy that can drive the ball to the rim and score in a crowd.  He’s also a terror in transition and often grabs rebounds and pushes the ball up the floor in transition.  Teron Haywood, a 5’8 senior, complements Fudge well.  Haywood is a slick and savvy ball-handler, is almost impossible to keep from the basket, and is just dangerous enough of a perimeter shooter that he must be respected.  He is also and adept passer and decision maker on the move.  While those two did most of the damage, sophomores Tahj McClain (6’5) and Domnick Scott (6’3), provided complementary scoring, rebounding, and hustle plays.  Once this group gets together for the regular season, they will be considered one of the favorites to reach Lakeland in Class 5A.

This is a young group with only two seniors on the nine-man roster for the event and one of them, 6’2 Justin Hicks, was sidelined with an injury.  He should be at full-strength by the time the real season rolls around which is good because he will be a key piece.  That being said, this group should be one of the better teams in North Florida regardless of class.  Jalen Gilmore, a 6’3 junior, was a revelation at the point guard spot for the Cards.  He sees the floor well, quickly finds open teammates for scores, and proved to be a capable scorer, whether driving to the basket or connecting on shots from beyond the arc.  Trent Walker, a 6’5 junior, Austin Lewis, a 6’3 senior, and Moise Balungu, a 6’4 junior, are all athletic wings that thrive in transition and look to force turnovers at the defensive end.  Together they do a good job of gang rebounding at both ends and work to get each other open for easy shots around the basket.  Manok Lual, a 6’9 junior, is much more of a perimeter player on offense, which keeps the lane open for his teammates to drive the ball.  His shot is respectable from the outside and he can handle the ball for a few dribbles and get to the basket for shot attempts.  Lual is long and a formidable defender and rebounder.  This squad will be a real challenge for opponents this coming season, especially once Hicks gets healthy and adds his aggressive scoring mentality to the mix.

Another squad with a unique roster mix, of the ten guys that played for the Lions in the game we watched, seven stood either 6’5 or 6’6.  The parts are seemingly interchangeable.  Calvin Johnson (6’5 senior), Ivan Lawson (6’6 senior) and Kelvin Johnson (6’6 junior) each run the floor, crash the glass, and use their length and quickness to create havoc on the defensive end.  Should any of them go to the bench for a rest or because of foul issues, Keenan Johnson (6’5 sophomore), Demarkis Howard (6’5 junior), Jordan Mikell (6’6 sophomore) and/or Isaac Edwards (6’5 sophomore) can step right in and do the same things with no real loss in productivity.  Devean Knowles, a 5’9 junior, and Jeffrey Lavender, a 5’7 sophomore, were the guards that pushed the pace and found ways to get the ball to the wings where they could use it best.  They will be challenged by neighboring rival North Florida Educational Institute to get back to the Class 2A final four, but don’t count this group of Lions out.

The Eagles were an entertaining team to watch.  It was a bit of a surprise to see how efficiently they ran their offensive sets at this time of the year.  They moved the ball crisply, created mismatches, and took advantage in transition when they had the numbers.  Ahman Greenridge, a 6’4 junior, appeared to be the offensive “go-to” guy.  He scored well around the basket area, whether on drives or when getting the ball inside on post-ups or cuts.  Helping him out was 6’7 junior Demarion Valmyr.  He has the size to do some damage on the interior but also showed he could step away from the lane and make perimeter shots.  Colton Zapp, another junior and 6’5, provided additional perimeter scoring as well as rebounding.  While overall this group may not be as physically talented as others, but they are smart, savvy, and know how to take what the opponent gives them.