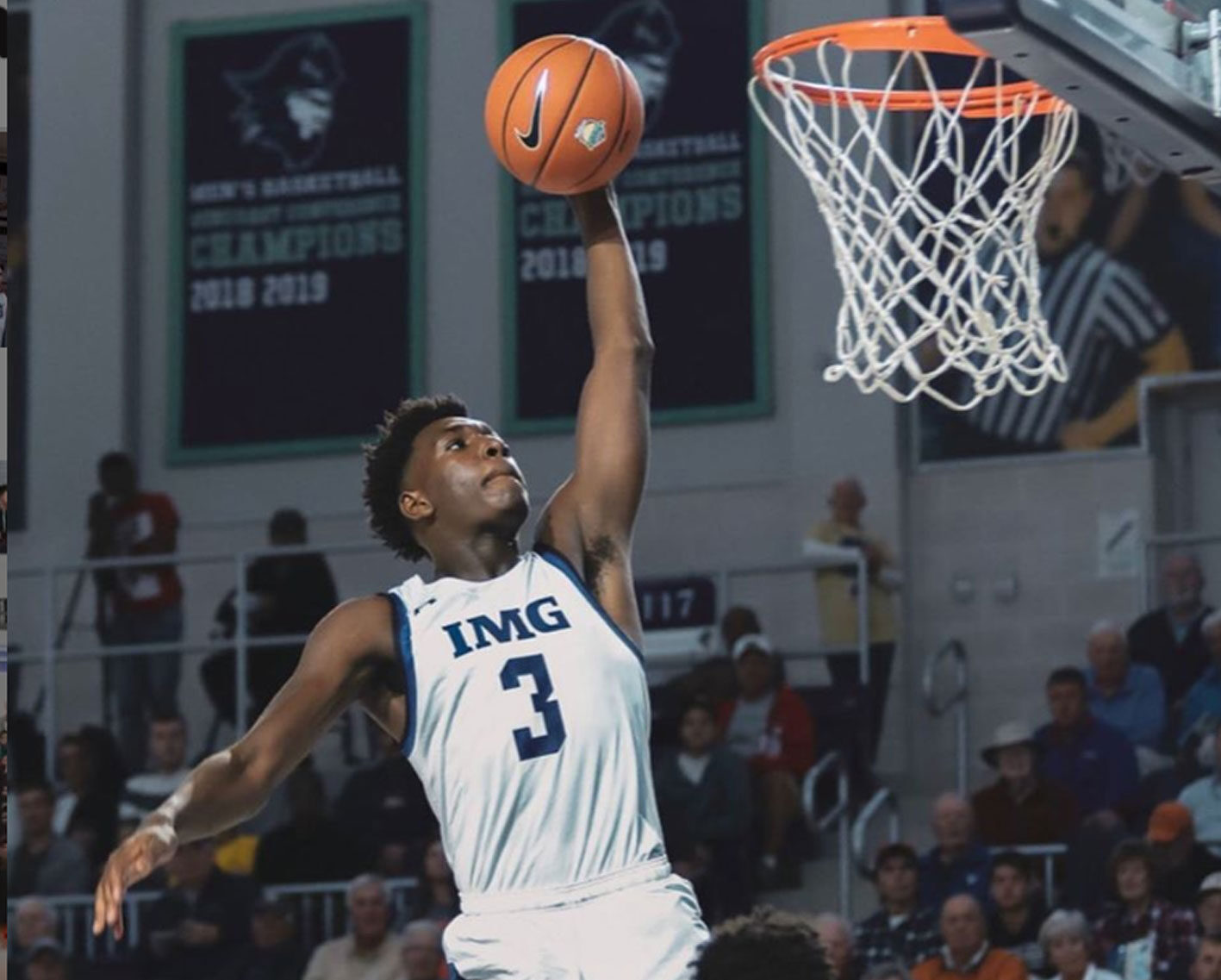 Last season’s Montverde Academy team was hailed by many as arguably the top high school team in history based on the team’s high level of talent and even higher average margin of victory.  This year’s team will again have the weight of expectations but no doubt has the talent and depth to be one of the, if not the, top teams in the country.  We were most impressed with development of Langston Love, a 6’4 senior.  His shot-making was consistent both inside and behind the three-point line and he proved to be a better ball-handler and rebounder since we last saw him.  Creighton recruit Ryan Nembhard wasn’t flashy but doled out five assists and harassed opposing ball-handlers relentlessly during his time on the court.  Dariq Whithead, a 6’5 junior, continues to be a match-up problem with his ability to knock down shots from the perimeter as well as use his strong frame to muscle past defenders to score at the rim.  Caleb Houston, a 6’8 re-classed senior, has one of the sweetest and surest strokes in the country at this level.  He is also a more rugged rebounder and engaged defender than we’ve seen in the past.  Jalen Duran, a 6’10 junior originally from Philly, was the lone newcomer to start with last year’s returnees.  Considered the #2 player overall in the 2022 Class, Duran dominates the paint with his athleticism and strength.  Off the bench but playing starter’s minutes, were 6’3 junior Justice Williams from Philly, 6’5 junior Jalen Hood-Schifino from North Carolina, 6’7 junior Malik Reneau from Miami and 6’9 senior DaRon Holmes from Arizona.  Both Justice and Williams are athletic and versatile backcourt performers.  Each has a sure jump shot, gets to the basket quickly and finishes thru contact.  Reneau is in the process of developing his perimeter game and while the results will take some time to show up, he still makes an impact with his rebounding and scoring ability on the interior.  Holmes is long, athletic, and can defend almost any position on the court.  He is also swift up the floor in transition and can play in the paint or out on the perimeter.

Both IMG and West Oaks started the season ranked in the top six in the respected national high school polls.  IMG is led by Michigan-bound 6’10 senior Moussa Diabate, whose length creates havoc on defense and on the glass and whose offensive skill level grows by the day.  Tamar Bates (6’4 senior), Jarace Walker (6’8 junior), Jaden Bradley (6’2 junior), Eric Dailey (6’7 junior) and Jett Howard (6’6 senior) are all capable of scoring 20+ on any giving night for IMG.  West Oaks is loaded with national level talent as well.  A.J. Neal (6’1 senior), Wesley Cardet (6’6 senior), and Justin Neely (6’5 senior) are wired to score and will do so in a variety of ways.  Nationally-ranked twin 6’9 sophomores Matt and Ryan Bewley are a titanic tandem on the interior.  There is a lot of depth on the bench as well.  Central Pointe should be getting some national rankings “love” soon as they recently defeated West Oaks in OT.  Ramses Melendez (6’6 senior) is a deluxe scorer.  He gets help on the perimeter from 6’0 senior Kendrick Green and 6’9 junior Jeremy Foumena gives the team balance with an offensive presence inside.  The rest of the White Tigers cast contains a lot of size and offensive fire power.

The 6’10 junior and Philly native is hailed as the #2 player in a loaded Class of 2022.  He’s strong, powerful, and athletic.  It will be interesting to see if Duran can give this flock of Eagles the same interior presence as Dayron Sharpe did last season.  If so, Montverde will have a force inside that no opponent can match.

A new regime has brought in change at Downey and from what we can tell it will be successful.  The aforementioned Ebwea will get buckets while 6’0 senior Jaythan Bosch is solid at the point guard spot.  Downey doesn’t have much size but they play a Euro-style pass-and-cut, shoot the three type of offense that will give all but the best teams fits.

The 6’0 senior is a playmaker, pure and simple.  If he isn’t upping the tempo to get teammates easy baskets, he is getting them into the right spots in half-court sets.  Miller scores well, whether driving to the basket or connecting on perimeter jumps shots.  He is also a challenging on-ball defender.