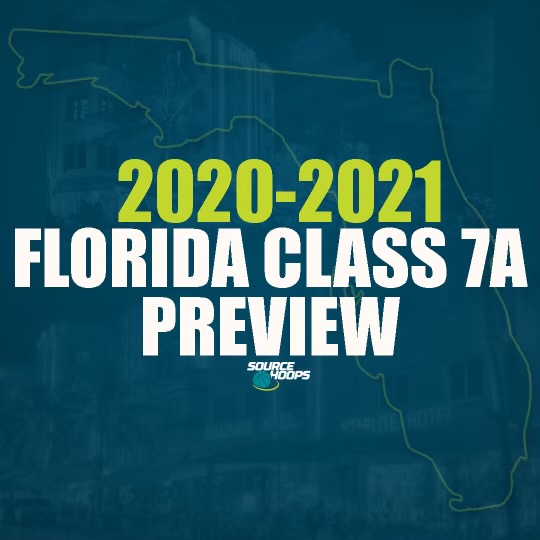 The Pioneers lose only one player of significance from last year’s final four team.  Now, this group of seniors realize that there is no next year and have their sights aimed squarely at a state title.  Michael James, a 6’5 senior, has committed to Louisville.  He is a tremendous two-way player with the ability to score in bunches as well as disrupt on the defensive end.  Jalen Smith, now a 6’4 senior after growing three inches since last season, is committed to Southern Methodist.  The point guard sees the floor well, makes good decisions, and has a consistently accurate outside shot.  Senior Roddrick Henry, a 6’5, will be called upon to defend the interior, something he is used to doing.  He will be too quick for most bigs to guard on the other end.  While there isn’t a lot of size, there is a lot of skill, talent, and versatility that should push this group of Pioneers forward.  It won’t be easy as both Windermere and Sarasota Riverview have plenty of talent at their disposal and pose potential barriers for the Pioneers trek to Lakeland.

“DP” as it is referred to in Central Florida, has a talented junior trio in 6’9 Ernest Udeh, 6’5 Riley Kugel, and 6’3 Denzell Aberdeen.  Any of those three can be a star on any given night and the Panthers supporting cast is solid.  Likely challengers for regional supremacy include last year’s state runner-up Sanford Seminole and district rivals Apopka and Winter Garden West Orange.  In region three, which if made up primarily of Palm Beach County teams, Dwyer appears to be deep and athletic.  The young backcourt of Xavier Scott and Kyle McNeal is a potent 1-2 punch.  Serious challenges will be offered up by Forest Hill, Wellington, Royal Palm Beach, and Coral Springs.  Region Four is mostly Miami teams, however we feel Miramar has enough to get through to Lakeland.  Khamaury McMillan is solid at the point will juniors Faheim Miran and DeShawn Jean Charles are potent scorers on the wings.  Miramar will have to get by the likes of Davie Western, Coral Gables, Miami Beach, and Miami Palmetto to book a return trip to the final four.

The 6’5 senior and Louisville signee gets his points in a variety of ways.  He is adept and turning defense into offense, filling the lanes and finishing in transition, and scoring creatively on drives to the hoops.  James is more of a slasher than a shooter, but his shot has improved to the point that he must be defended out to the three-point line.  Defensively, he is active, gets a lot of tips and deflections, and plays with great energy.

Moss, a 6’3 senior and South Florida recruit, is a point guard that is both fast and quick, has a respectable outside shot, scores at the rim, and gets teammates easy baskets.  Draper, a 6’6 senior, is a versatile performer.  He can operate at a high level at various positions, sees the floor well and plays with a high basketball IQ.  Romer, a 6’0 senior, was first team all-county in Miami-Dade last year.  He averaged over 15 points a game while shooting 50+% from the field, 40+% from three-point territory, and 70+% from the foul line.  Jackson, a 6’3 sophomore, is one of the more dynamic players in the state regardless of class.  He zips through traffic and finishes well above the rim.

Year in and year out, this program simply finds a way to not only compete but defeat supposedly “better” or “more talented” teams.  Lakewood Ranch features solid guard play, team chemistry, and a collective mindset to do all the little things that go into winning.

It’s hard to say don’t sleep on Luis as he has an offer from D-I Northeastern.  Still, in the games we have seen him play this summer and fall, Luis has played far better than players with multiple offers.  He has a great mid-range game, is a lengthy defender, and gives 100% at both ends of the floor on every possession.