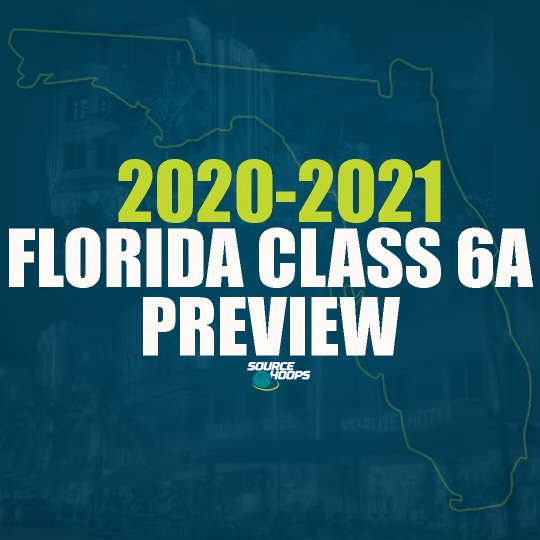 Bartow brings back most everyone of note from last year’s 6A state champs.  After watching the team play a couple of times in the fall, the Yellow Jackets looked very good even without the services of all-everything 6’3 senior Walter Clayton.  He is out until mid-season with a lingering knee issue.  However, with the likes of 5’10 senior Malcolm Dewberry, 6’2 senior Amarion Frazier, and 6’0 sophomore Kjei Parker, perimeter scoring and defense should not be an issue.  Jaiden Wynn, a 6’5 junior, brings length and energy to both ends of the floor.  The rest of the cast is athletic, quick, and know to stay within their role.  No doubt Bartow will get tough challenges along the way but expect them to be the last one standing in 6A at the end of the season.

Region One in this classification is always difficult to project as geographically it covers nearly half of the state, from Tate near Pensacola to Wekiva in Orlando.  Last year Columbia surprised everyone to reach Lakeland.  Despite losing their top two scorers, it is conceivable that they could get back there again.  It will be challenging as Ocala Forest, Tallahassee Lincoln, Fleming Island and assorted others are expected stand in their way.  On paper in Region Three it looks to be a two-horse race between Punta Gorda Charlotte and Tarpon Springs East Lake.  We like Charlotte because of the do-everything abilities of 6’8 senior Tre Carroll as well as the team having a bit more size and athleticism overall than East Lake.  However, East Lake is loaded with shooters, especially 6’4 senior Dean Gabrilcek, and will give every opponent fits this season.  Palmetto, with 6’7 senior Xavier Washington and Fort Myers, with 6’1 senior guard Javion McCollum, could also be in the mix.  Down south, Mater Academy brings back all but Malik Reneau to a team that must weather the sudden and tragic loss of coaching legend Shakey Rodriguez.  There may not be any stars on the team, but as a unit they play hard, smart, and together.  District rival Doral looks to be their main challenger but don’t overlook the likes of South Miami, North Miami, Martin County, and traditional powers Dillard and Ely.

The 6’3 senior has signed with Iona and will lead the Rick Pitino renaissance at the school.  A varsity starter since his freshman year at Lake Wales, Clayton gave up a promising football career to focus on hoops and it has worked out well.  He was the Player of the Year last season in Polk County.  Clayton does seemingly everything well on the court but doesn’t do any one thing great, other than win.  Hopefully, he will be back at full strength in mid- to late-December once his knee is fully rehabbed.

Carroll has signed with Florida Atlantic.  The 6’8 senior is productive both near the basket and out on the perimeter.  He’ll rebound the ball, start the break, and find teammates for easy baskets.  Sanchez is a 5’10 senior that takes attack mode to a whole new level at both ends of the floor.  A maniacal on-ball defender, he is also quick to the basket on offense and makes enough perimeter shots to keep the defense honest.  McCollum is headed to Siena and the 6’1 senior should do well.  He is an exceptional scorer and decision-maker.  Gabrelcik may be the top perimeter shooter in the state.  He makes shots off the dribble or the catch, is a good athlete that helps out on the glass, and can run the offense if necessary.

A traditionally successful program, the Hurricanes took their lumps as a young team last season.  The lessons learned should propel the squad this time around.

The 6’4 senior only averaged seven points a game last year but don’t be surprised if that number triples in 20-21.  We were impressed by him a couple of times this summer and fall with his ability to score with the jumper or the drive.