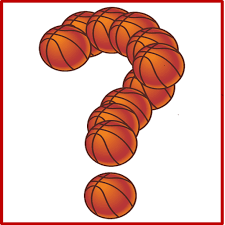 With three shoe-sponsored travel circuits plus countless number of independent teams and events, it is quite difficult to compare teams across the different platforms.  Another challenge is that all too often teams face (or force) roster turnover and a team that might have looked great in April may look mediocre in July and vice versa.  We’ve done our best to wade thru the clutter to come up with the best teams from the spring and summer.

At the end of July, it was just as difficult to select a “best” team as it was at the beginning of April.

In Nike’s EYBL, NightRydas Elite finished with an 8-5 record after three sessions and earned a Peach Jam bid.  Their best win during those three sessions may have been against Pro Skills out of Texas.  NightRydas won their first two games in the Peach Jam, the second one being a victory over eventual runner-up Team Why Not out of California.  However, the team flamed out in their last three games in Augusta and failed to qualify for bracket play.

Over on the Adidas Gauntlet circuit, Team Knight and Team Florida put up solid records.  Team Knight finished with a record of 13-7 in sponsored Adidas events, including winning their first six games and losing their next two games by just one point each time out.  Their best win may have come outside of the Gauntlet win they won the Bob Gibbons’ Tournament of Champions, defeating Team Parsons in the final game.

Team Florida tallied a 16-9 record in the Gauntlet and got hot in July, going 7-3 combined in the Adidas Summer Championships and the Gauntlet finale.  The team won the Gauntlet Atlanta tournament, defeating Team Knight in the semis before taking down a powerful Atlanta Celtics team by a point in the final.  The Celtics finished the Adidas circuit with a gaudy record of 21-3, showing just how good Team Florida can be when on top of their game.

Several independent teams had their moments but none more so than Team Parsons.  The group was arguably the team with the most on-court accomplishments as they took home championships in the Atlanta Jam in the spring, finished second at the Tournament of Champions, and went 7-1 at the Best of the South during the live period.  The team also had its share of success against “sponsored teams” with notable wins against Team Loaded NC and ????, among others.

So, what team gets the nod?  We give it to NightRydas by the closest of margins.  Their overall talent level, particularly Scottie Barnes and Isaiah Todd, each a McDonald All-American Game candidate, give the team a pair of very difficult matchups for the defense.  We certainly would like to see the four teams mentioned play each other on the court to get an ultimate answer.

Every time we caught Team Parsons 16U in action, we came away impressed.  The group played up most of the season on the 17U level and was quite successful.  The winning DNA of point guard Darius Johnson, along with talented running mates such as Alex Fudge, Ramses Melendez, Fenbo Zeng and others made them a threat to win any event whether the competition was 16U or 17U.

The 15U Peach Jam Champion NightRydas definitely deserve this crown.  It is a talented group that if supplemented with some elite size, could be a threat on the 17U EYBL circuit the next couple of years.  With Greg Glenn (USA Basketball) and Jean Montero (Dominican National Team) both playing international ball at a high level, this team can be assured of having two positions that will win their individual matchups most games.