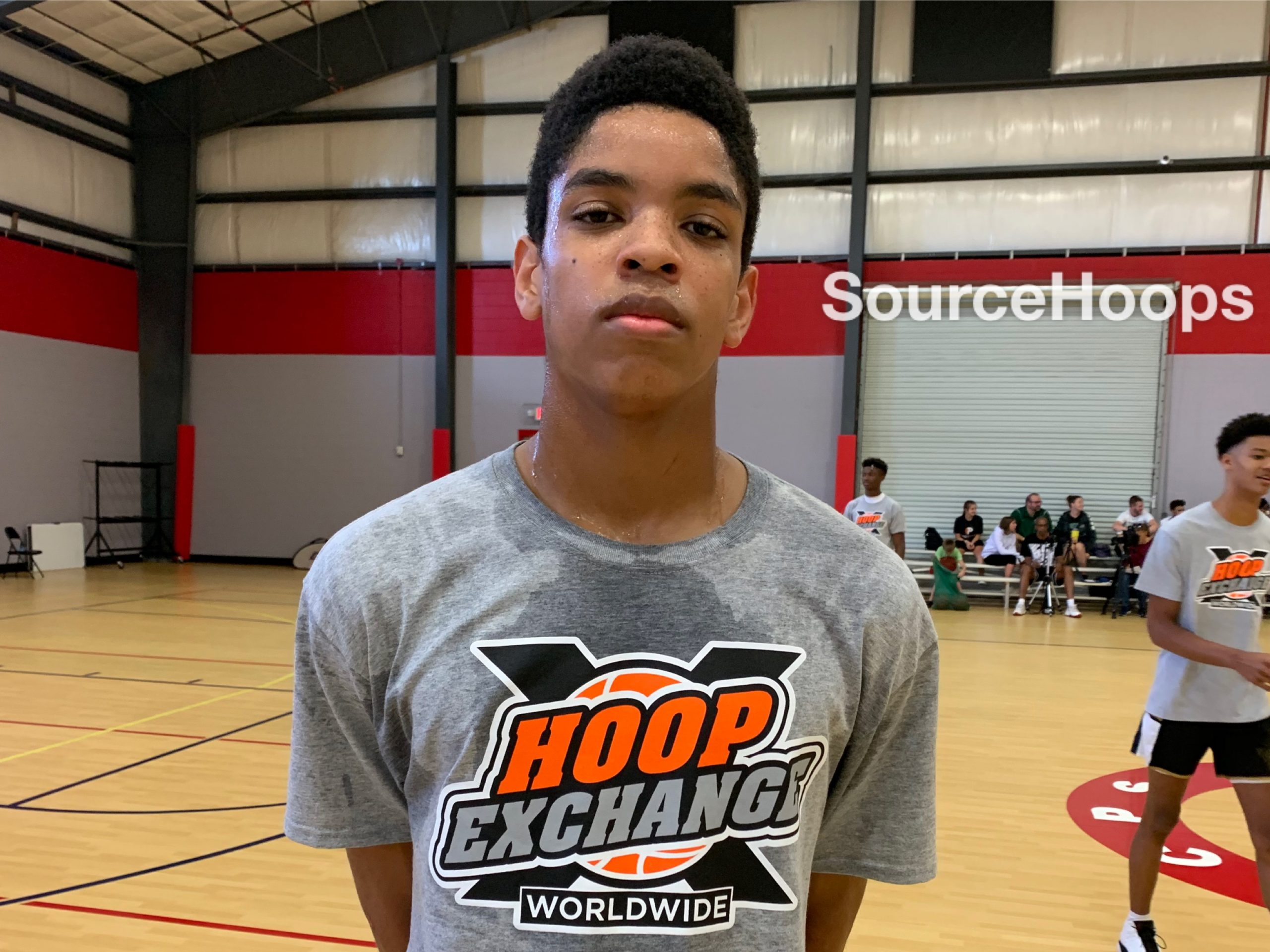 Taylor Hendricks, Fort Lauderdale NSU University School: 6’8 sophomore was consistent this weekend in connecting on shots from the perimeter, both inside and outside the three-point arc.  He also showed improvement in rebounding out of his area and getting faster up and down the floor in transition.

Justin Neely, Miami Senior: 6’5 junior is a high volume scorer and probably took a few too many shots to get his points on Sunday.  Despite that, he understands how to get the ball in the basket from a variety of angles and distances.  He was at his best when using his strength to get to the rim and showed an ability to finish thru contact.

Ramses Melendez, Kissimmee Central Pointe Christian: 6’6 slender sniper seemingly improves each time we see him.  He knocked down deep shots early, then took defenders off the dribble with a quick first step, finishing at the basket before defensive help could arrive.  Melendez surprised at times with his ability to finish above the rim.

Sean Stewart, Orlando Lake Highland Prep: 6’5 freshman had his jumper working this weekend.  He routinely connected on contested shots from mid-range as well as behind the three-point line.  Stewart also used his strong frame to corral rebounds at both ends of the court.

Josh Minott, Boca Raton St. Andrew’s: 6’7 junior didn’t get as many touches as we (and he) would have liked but when the ball found him he made things happen.  He handled the ball well on the perimeter, found cutters for easy baskets, scored as the roll man in the pick-and-roll, and made open threes.  Minott also rebounded the ball well in traffic despite his thin frame.

Tyrone Baker, Fort Myers Riverdale: 6’9 junior had scouts in attendance excited about his long-term prospects.  Long and athletic, Baker threw down dunks on put-backs, lobs, and in transition.  He drew some “ooohs” when he scored thru contact on one particular pick-and-roll play.  Baker also proved to be a staunch rim defender with his shot blocking ability.

Anthony “A.J.” Brown, Orlando Christian Prep: 6’4 sophomore is a natural scorer.  He put the ball through the basket in a variety of ways: jump shots, drives to the rim, in transition, floaters in the lane.  It all just seemed so easy to him.  Brown converted some tough finishes in traffic as well as some loud ones above the rim.