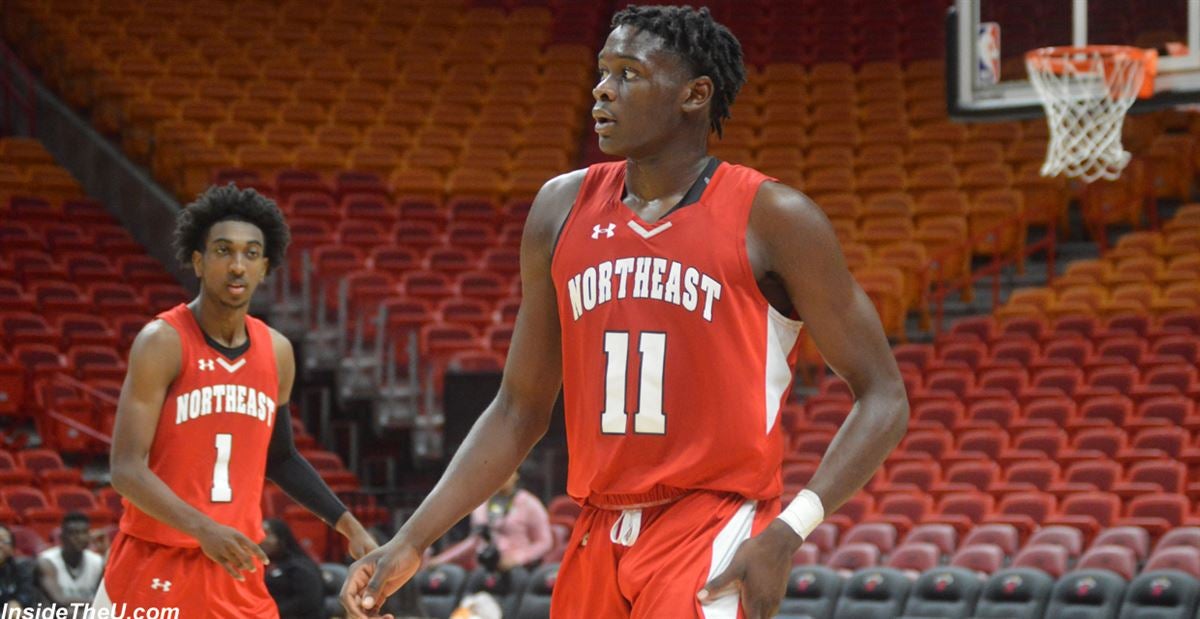 In a re-structured Class 5A, picking Northeast out of Oakland Park came down to two factors: (1) The best teams in 5A are located in South Florida (region four) and (2) Northeast arguably has the best and deepest pool of talent.  It starts with Wesley Cardet, a 6’5 junior and a national top fifty player in the Class of 2021.  He’ll get perimeter help from 5’11 senior Tyreke Francois, 6’3 senior Jermaine Dyges and 6’3 junior J.J. Harris.  Freshmen twins Matthew and Ryan Bewley, both 6’9, are beyond their years in terms of athleticism and skill level.  Potential bumps in the road to Lakeland should come from district foes Boyd Anderson and Pembroke Pines Charter, as Well as Miami Norland and Belen Jesuit in regional play.

Outside of Tallahassee Rickards, there just isn’t a team with “juice” in Region One with the possible exception of Choctawhatchee.  However, they lost a lot from last season.  Lee out of Jacksonville might be a threat but after stud junior Alex Fudge, we just aren’t sure who else the Generals can rely on for points.  Region Two has a lot of prestigious programs: Orlando Jones, Leesburg, Ocala Vanguard, Auburndale, and Lake Wales just to name a few.  However, none of them or their respective regional brethren standout as a clear favorite.  Region Three is much the same.  Programs like Tampa Blake, Tampa Jesuit, Clearwater, Port Charlotte, and Naples have some brand recognition but there is kind of a “what have you done lately” type of vibe to the region as a whole.

There is a good reason why Cardet is highly regarded nationally in the Class of 2021.  He has the desired physical traits: long, quick, and athletic.  Cardet is also quite skilled as he can score from a variety of distances and angles, is a solid ball-handler and passer, and is also quite disruptive on the defensive end. He’s been battling a knee issue most of the fall, so hopefully that will not be an issue once the season gets underway.

Sharp, a 6’3 sophomore, averaged in the mid-twenties last year as a freshman.  He had a great spring and summer playing for E1T1 as well as the Israeli National Team.  Rolle is a four year starter at Suncoast and one of the smartest point guards in the state.  The 5’10 senior makes teammates better and is the ultimate competitor.  Smith has come on strong since last season.  He’s garnering D-I attention and will be a key figure to another Norland run.  Mercedes has been impressive at various fall events with BA.  He’s quick, fearless, and scores both at the rim and from behind the arc.

In a wide-open Region Two, Sebring could make some noise.  They have a solid one-two punch in the form of 6’4 senior Eric Brown and 6’6 junior Alvin Tumblin.  Brown is a strong-bodied wing that thrives in attacking the basket both in half and full-court sets.  Tumblin is an improving perimeter shooter but makes the greatest impact on the defensive end with his rebounding and shot blocking skills.

How can sleep on a guy that is the leading returning scorer in the state?  How can you sleep on a guy who scored over thirty a game last season?  For two reasons: he’s 5’9 and he had the ultimate green light at Cooper City.  For his senior year, he’s moved over to Pines Charter where he will get a legit chance to get to state.  He won’t have to carry the load as much as in the past and that just might elevate his game.