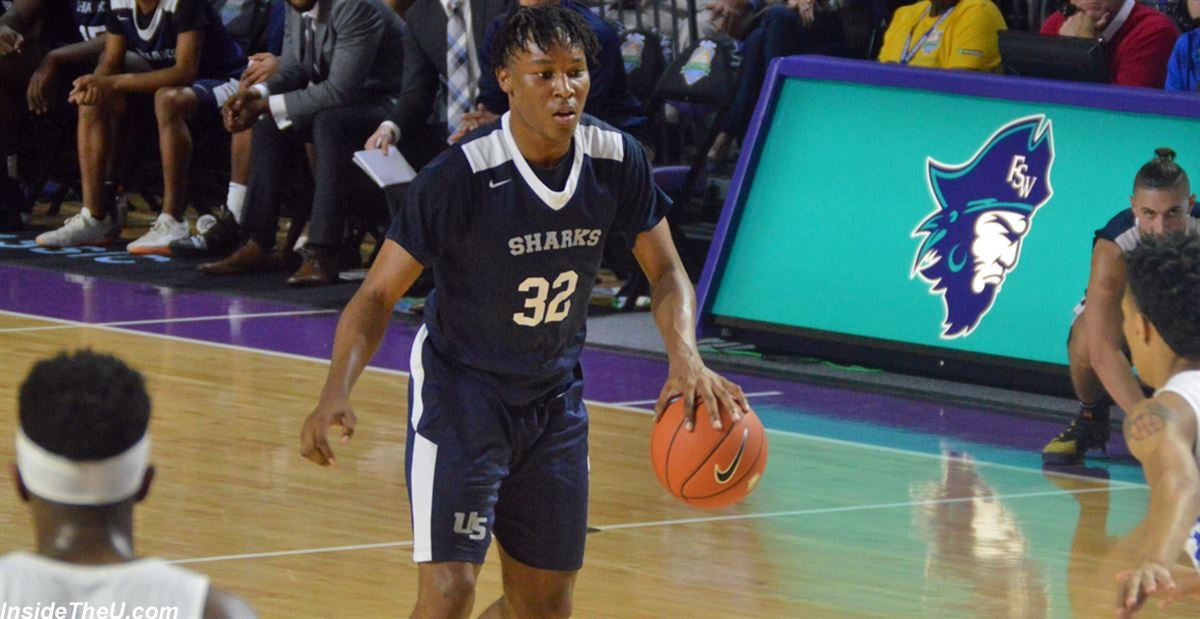 A two-time champion in Class 5A, the Sharks may have lost a lot to graduation (Vernon Carey, now at Duke) and transfer (Scottie Barnes, now at Montverde Academy), but still have a lot of talent in the fold.  Roger McFarlane, a 6’5 senior, played very well in last year’s final four and his ability to get buckets will be key.  U-School was fortunate that 6’6 senior Jace Howard and 6’6 sophomore Jett Howard didn’t head off to Michigan when their father became the Head Coach of the Wolverines.  The brothers Howard are multi-dimensional and will provide production in a lot of different categories.  Now a sophomore, 6’8 Taylor Hendricks has vastly improved and will be a big contributor this coming season.  The path won’t be easy as Stranahan and Pembroke Pines Somerset Academy are tough district foes while Pine Crest, North Broward Prep, and Gulliver Prep could all pose challenges in the regional rounds.

Paxon reached Lakeland last year and return everyone of consequence back, most notably 6’6 UCF commit Isaiah Adams.  Guards Maurice Willie and Jakobie Williams provide offensive support.  Challenges should come from the likes of Tallahassee Godby, Palatka, and district foes Raines, Ribault, and West Nassau.  Anclote is located north of Hillsborough county and has been building to this season for quite some time.  Senior Twin Towers Jakob Hester and DeQuan Rowland, each 6’7, play well together while seniors Jalen Cooper (6’6) and Jacobie Forrest (6’0) provide perimeter scoring punch.  Should Anclote falter look for programs such as Gainesville Eastside, Alachua Santa Fe, The Villages, Eustis, Orlando Lake Highland Prep, or Nature Coast to make a run.  Tampa Catholic is another team that is looking to return to Lakeland and with the likes of 6’8 Johni Broome, 6’7 Isaiah Elmore, 6’4 Kobe Knox and 6’5 Elijah Harrison, all seniors, TC has the size, experience and talent to head up I-4 in March.  The only significant challenge they should face will come from St. Pete Gibbs or St. Pete Lakewood.

The 6’6 Adams is a unique player.  He has a tremendous wing span and uses it to great effect when it comes to rebounding, blocking shots, or disrupting opposing offenses.  Adams is also quite skilled as a ball-handler and passer.  The lefty still needs to improve his shooting consistency, but he at least must be respected by the defense from behind the arc.  Last year’s Jacksonville POY certainly has a very good chance to repeat that honor this season.

Broome played will this summer on the Adidas Gauntlet circuit.  The 6’8 senior has good size and a softe touch around the rim.  He’s also able to make shots out to fifteen feet.  McFarlane, at a strong 6’5, does his best work when attacking the basket.  However, he has also developed a reliable mid-range pull-up jumper.  Reynolds, a 6’9 post player that is committed to UCF, is a strong and athletic insider.  He’s got a decent jump hook in the lane.  He can be as good as he wants.  Sanders, a 6’7 senior, is a perimeter threat well past the three point arc.  He can also blow by the defense off the bounce and will produce highlight reel finishes in transition.

Ernest Ross, a 6’8 junior, is coming off a great travel season and is now recognized as one of the top juniors in the country.  He is complemented well by Cayvian Wakeley, a 5’10 junior that is speedy and quick with the ball while also being a dangerous threat from deep.

The 6’6 Cooper is rail-thin but he wears a lot of different hats for Anclote.  He will play a lot of point guard, finishes drives well at the basket and makes open perimeter shots.  Cooper uses his length well at the defensive and is quick to grab rebounds and push the pace.