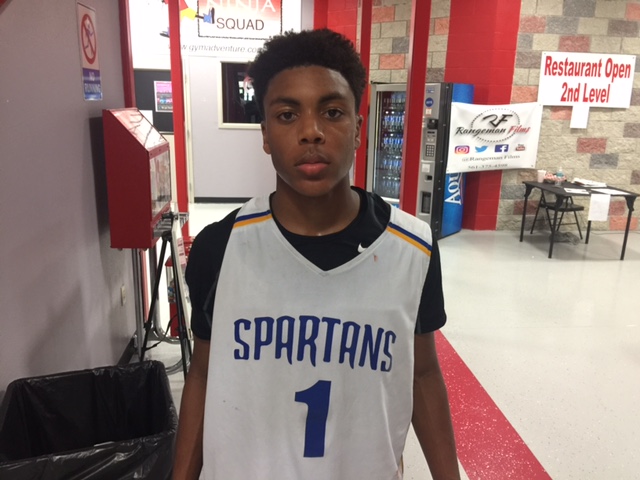 Don’t be surprised if this season looks a lot like last season.

Last season, Miami Christian returned a boat-load of players and that experience led them to a second consecutive 2A title.  This time around, an almost entirely new cast has come in for the Victors.  The lone returner is 6’1 senior Diego Rivera who averaged double figures a season ago.  Six of the newcomers stand 6’5 taller, giving Miami Christian a size advantage they didn’t have last season.  A pair of juniors, 6’7 Nick Silva and 6’9 Miguel Santos, will go a long way in determining how the Victors will do against a very tough national and in-state schedule.  Boca Raton Grandview Prep and Miami Schoolhouse Prep loom as the likely road blocks between Miami Christian and a return to Lakeland.

You are right; that does look like last season’s final four.  Last season Impact was young; now they are experienced.  Led by 5’10 junior guard Jordin Jackson and 6’5 junior Myles Smith on the perimeter and Brothers Calvin (6’5 sophomore) and Kelvin (6’5 freshman) Johnson, Impact has a definite talent advantage in that region.  NFEI out of Jacksonville certainly has the depth of talent needed to make it thru the competition to reach Lakeland.  A key will be the play of 6’7 junior Deangelo Elisee inside and junior guard Jordin Jackson on the outside.  CFCA from Orlando returns four starters, most notably 6’4 seniors Jordan Preaster and Anterrious Washington.  However, they will have to find a way to make up for the loss four year starting point guard Deante Treacy.  A bump in the Lakeland road could come from district rivals The Vanguard School out of Lake Wales and Lakeland Victory Christian.

Best Player: To Be Determined

Most likely, one of the newcomers at Miami Christian will inherit this mantle, but it is too early to tell. There are several good players in this classification.  It is just that there is no one clear standout at this time.

Normally, we wouldn’t reserve a spot for an unknown player, but someone on the Victors of Miami Christian most assuredly will step forward and assume leadership of the team.  Streeter earned second team all-area honors in Tallahassee after averaging fourteen points and eight rebounds a contest last year for a team that could make some noise this coming season.  The 6’9 Knowles had a solid spring and summer with Florida Elite and is arguably the best big man in the classification.  Jackson is a speedster that pushes the pace and finds creative ways to score.  Preaster is more scorer than shooter but he proved last season that he has the tools to play somewhere on the collegiate level.

Having the 6’9 Knowles will certainly be an advantage but our understanding is that Vanguard has brought in some quality transfers on the perimeter as well as some size to help Knowles inside.

Last year’s stats tell a pretty impressive story.  As a junior, Wright averaged 23+ppg, shooting 50% from the field, 44% from three (105 made), and 92% from the line.  Granted, the level of competition outside of Florida Prep in the district was not as high as others.  However, regardless of who you are playing, you still have to make shots.  Wright does that very well.