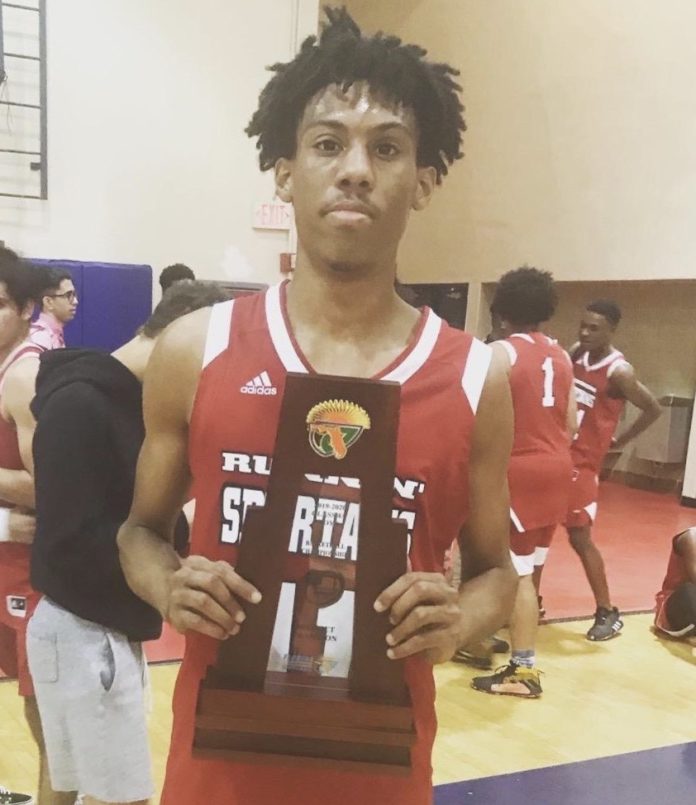 Monsignor Pace’s Marcus Frazier has been one of the top scorers in Miami-Dade County two years running.

“To me, he is a kid who could play low-Division I basketball,” said Pace eighth-year coach Anthony Serro. “When you look at his frame [which is slight at this stage], I think if you project out to where he could be as a junior in college. … He’s a kid who can score from anywhere on the floor.”

Frazier is a combo guard that played in an up-tempo offense. He finished with more than 2,000 points in his high school career.

He poured in 44 points in the district championship victory over Miami Springs last month and had 41 vs. defending state champion Stranahan in the 4A regional quarterfinals. It was the Mighty Dragons that ended Pace’s season, 111-86.

Asked Monday night what would be his most memorable game, Frazier said: “It would have to be Miami Springs. We were all clicking. It was a team effort.”

Frazier played travel basketball with Rock United Hoops. He describes himself as “active, energetic … I like trying to do anything that’d help.”

Frazier is a qualifier, according to Serro. He has been accepted to Saint Leo University academically.

Frazier is also receiving interest from Warner and had been hearing from Palm Beach Atlantic through the summer.

Serro is mystified why more schools have not been involved with Frazier.

“I’ve sent video and an e-mail kind of outlining Frazier’s academic and athletic profile to every school in the Sun Conference, Sunshine State Conference and every Division-I school in the state of Florida,” Serro said. “I’ve been lucky to hear back from a half-dozen or so. In the time he has been at Pace, we’ve gone to Palm Beach Atlantic, Florida Southern, UCF, Stetson, UNF, South Carolina, Florida. We’ve been to all those team camps and elite camps. So, it’s not like we haven’t reached out. It’s not like you can sit here and say he’s been buried on a bad team and they haven’t seen him.

“Do I think Marcus Frazier can go play in the ACC,” Serro added. “No. But Marcus Frazier belongs as a scholarship basketball player somewhere. And the fact that there is nothing out there right now, that’s incredibly frustrating.”

If you have travel or high school basketball news, you can reach Pat Lammer at PatALammer@Gmail.com