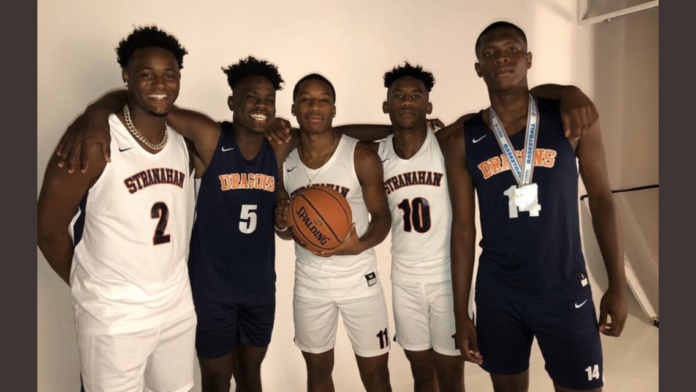 While we finished 3-1 as mentioned in our last update, it was Hilliard that won on the road at Madison County, not Hawthorne winning on the road at Wildwood.  It strikes us as strange that the FHSAA would institute changes to the other classifications but not 1A.  There were no at-large berths, home games based on season-long power ratings or re-seeding once teams reached Lakeland.

Best Matchup: Tough to pick.  On one side of the bracket, you have familiar programs in Paxton and Hawthorne.  Hawthorne has been a regional finalist or final four participant seemingly every year in the last decade.  Paxton can say the same thing.  Paxton returns the majority of players from last season’s run to Lakeland and might have the edge regardless of what the ratings say.  On the flip side, you have new blood in Vernon and Hilliard.  If you want to look up the last two times those teams have made it to the state final four, you are welcome to do so.  This game could be an interesting matchup between two of the classification’s top scorers in Hilliard’s Jacob Crews (22.3 ppg) and Vernon’s Darryl Powell (21.2 ppg).  Either way, both games should be entertaining.

Best Chance for an Upset: The best chance for an upset will come in the finals as both semis appear to be toss-ups.  Whichever program wins the Paxton/Hawthorne contest will be favored going into Friday’s final.

Paxton over Hilliard for 1A state title

We went 3-1 in this classification.  Our lone blemish was Bayshore Christian’s two-point win on the road in Naples.  Kudos to them for being road warriors on Friday night.

Best Matchup: Both Orlando Christian Prep and Schoolhouse Prep will be heavily favored in their respective semi-final games.  Both teams have plenty of D-I level college talent and on paper it should be a very competitive game should they meet.  However, each squad needs to take their respective semi-final opponent very seriously.  Both Impact Christian and Bayshore Christian have tackled challenging schedules this season and aren’t afraid to step on the court and challenge teams that are supposedly more talented and/or better.

Best Chance for an Upset: If it happens, a Bayshore upset over OCP would be one of the bigger ones in recent memory.  Schoolhouse and Impact were rated #3 and #4 respectively at the end of the season.  No matter who wins that contest, it shouldn’t be considered an upset.

Ho-Hum, another 3-1 finish.  We felt St. Andrew’s could go into Lakeland and give Santa Fe Catholic a game, but in no way, shape, or form did we think St. Andrew’s would win by double-digits, let alone the final twenty-one point margin.  Also, Jacksonville Jackson got quite the scare from a young Windermere Prep squad winning by just one on their home court.

Best Matchup: While we don’t believe that the St. Andrew’s/Chaminade semi-final is the de facto title game, on paper it looks like the best matchup between any combination of the four teams.  While the focus will be on the post matchup between 6’9 Yussif Basa-Ama of St. Andrew’s and 6’9 Andre Weir of Chaminade, look for the supporting cast to make the biggest impact.  John O’Neil of Chaminade and Josh Minott of St. Andrew’s will be key to balancing the offense for each team.  If Thaddeus Franklin of Chaminade plays as well as he did in the regional final, he becomes a big X-Factor.

Best Chance for an Upset: Community School of Naples has a big challenge in facing an Andrew Jackson team that dictates tempo and has won some close ball games against quality teams this year.  This game will be a good indicator as to whether or not strength of schedule matters.  Jackson’s is about ten points higher than Community School’s.

Hollywood Chaminade over Jacksonville Jackson for 3A state title

The basketball gods must have felt we needed a break so we “earned” a 4-0 record with our Friday night picks.  Maybe the bigger surprise was that all but one game, Stranahan’s four-point win over Gulliver Prep, was decided by double-digits.

Best Chance for an Upset: The #1 (Tampa Catholic), #3 (Paxon), #4 (Stranahan) and #7 (Lake Highland Prep) are in the final four.  We don’t see any games as an upset, unless for maybe the youth of Lake Highland Prep against a Paxon team that reached Lakeland last year.  In fact, Paxon, Stranahan, and Tampa Catholic all made it to Lakeland last year in their respective classifications.

Fort Lauderdale Stranahan over Paxon for 4A state title