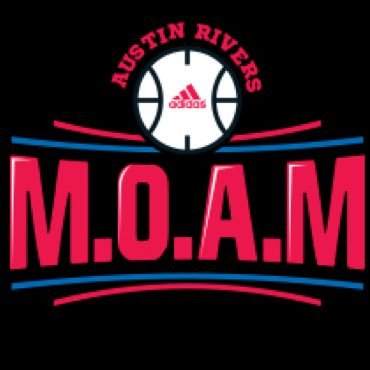 Sponsored by NBA player and Winter Park native Austin Rivers, Team MOAM (Man On A Mission) won the 17U Super Showcase Silver Division last July.  This group looks to build on the success of their predecessors.

“The goal is to play well enough in front of the right college coaches and get our guys offers”, state Head Coach Therion Joseph.  “This is a group of versatile, high IQ guys that should cause several matchup problems.  Hopefully by the end of July, every one of these guys will have options to play at the next level.”

The physical make-up of the team doesn’t fall into our usual Interior/Perimeter format, so we’ll just list the players and provide Coach Joseph’s comments on his expectations for each this coming spring and summer.

Hunter Cattoor, 6’2, Orlando Bishop Moore: “He’s a glue guy with a high IQ that does what it takes to win.  He’s a better-than-expected athlete that can knock down shots out to the arc and finish strong at the basket.”

Kaleb Coleman, 6’6, Orlando Oakridge: “We expect him to be a primary scorer for us.  He grew up playing in the post but has become a solid perimeter shooter and slasher to the basket.  Coleman will play inside and out, whichever way is the best matchup for us.”

Jordan Preaster, 6’4, Orlando Central Florida Christian Academy: “Preaster does a little bit of everything.  He’s at his best when attacking the basket but he is also a fierce defender and active rebounder at both ends of the floor.”

Marlon Allen, 6’5, Orlando Boone: “Allen is tough and strong.  He plays bigger than his size and is a very capable post defender.  He has the skills to pull bigger defenders away from the basket.”

Nate Louis, 6’4, Apopka: “A versatile defender, Louis can guard positions one through four.  He’s long with a solid mid-range game and an ability to get to the basket and finish thru contact in traffic.”

Dante Love, 6’3, Orlando Dr. Phillips: “Love is a combo guard that is a solid leader and shoots well from the outside.  He’s played and contributed on a winning program at Dr. Phillips and has a great understanding of how to play the right way.”

Jordan Grant, 5’10, Orlando Olympia: “Grant is an unsigned senior but we think that come the end of the April live period he will have options for the next level.  He’s a floor leader that makes good decisions with the ball and is a solid defender.”

Jamaal Joseph, 5’10, Orlando Boone: “Jamaal is coming off of a knee injury and should be back in May.  He’ll be another guy that can play the point and direct traffic as well as defend the ball.”

In the April live period, Team MOAM plays to take part in the Pitt Jam Fest and then the Atlanta Jam.

In July, they will spend two weeks in Atlanta; one at the Under Armor Invitational and then following week at the Best of the South.  They will play the third week at the AAU Super Showcase in Orlando.