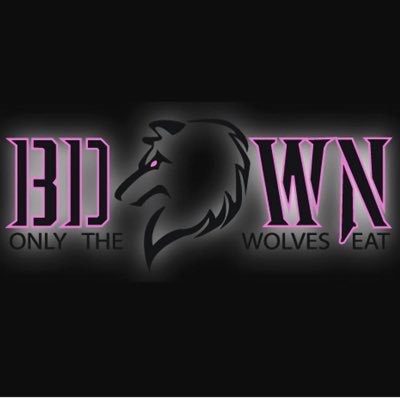 We caught up with Team Breakdown Head Coach Kenny Gillion to discuss this season’s version of the squad.

“I think before it is all said and done, we’ll be considered a Top 25 team in the country regardless of apparel affiliation”, said Gillion.  “We have as good of a defensive team as we have had in a while.  The talent and tenacity is there to make it into the playoffs of the Under Armor Association.  I feel very good about the prospects for this team.”

While the Team Breakdown frontcourt isn’t deep, it is a talented trio that provides Team Breakdown with what it needs.  D.J. Warren is a 6’8 unsigned senior from Fort Lauderdale HS that will play with the group in the April live period.  He will be joined by 6’7 junior Malachi Hazelton from Pompano Beach Ely and 6’10 junior Brandon Sanders from South Miami.

“Warren averaged a double-double this past high school season against some very tough competition in Broward County”, Gillion stated.  “He has a good basketball IQ, can score from fifteen feet and in and has improved his ability to score in the post.  Hazelton brings energy and athleticism to the floor.  He has the tools to play both inside and outside and is also a versatile defender. Sanders is a defensive presence that will certainly impact the game.  He’s a long shot blocker that is quick off the floor.  His offense is developing but he scores best on opportunity baskets such as offensive rebounds and transition baskets.”

Team Breakdown has built its reputation on outstanding guard play and this year’s group should be no different.  Several players that played up last year return, giving Team Breakdown not only experience, but chemistry as well.  Selton Miguel, a 6’5 junior at Orlando West Oaks is one of the returnees along with 6’6 junior Jadrien Tracey from Fort Myers Riverdale and 6’5 sophomore Wesley Cardet from Oakland Park Northeast.  Those three will get support from 5’11 junior Lamont Evans of Pompano Beach Ely, 5’11 Sam Rolle from Riviera Beach Suncoast; 6’0 senior Tyrell Strickland from St. Petersburg HS, 6’4 junior Kamari Brown from Lake Worth Santaluces, 6’1 junior Solomon Rosenthal from Miami Hebrew Academy, and 6’5 junior Anderes Stanton from Ely.

“Miguel should shoot up the rankings when the summer is over”, according to Gillion.  “He’s a great scorer that can play on or off the ball.  Tracey has grown another inch and is a complete player in that he can handle, pass, and shoot the basketball at a high level.  He’s an excellent scorer, an under-rated passer and has high-major athleticism.  Cardet took on a great deal of leadership and on-court production this past high school season and that will serve him well this spring and summer.  He’s got a high skill level and will provide matchup problems for our opponents.  Evans is the son of a coach.  He’s an excellent leader, communicator, and on-ball defender.  He’s also a reliable outside shooter.  Rolle played very well in the UAA 16U division last year.  He’s a ball-hawk on defense, passes well, and knocks down open looks from deep.  Strickland is a point guard that can score.  He’s got a high basketball IQ and comes from a family of solid point guards.  Brown is a scoring guard with a big body.  He is versatile and plays above the rim.  Rosenthal is a knock-down shooter that will provide instant offense.  Staton should have a breakout spring and summer.  He’s got a 3.8 GPA, is athletic, scores well at both the rim and from behind the arc, and is a solid defender.”