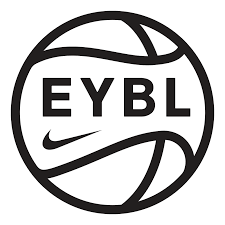 In the EYBL, there are some rule “changes” this season.  The league is pretty much using NBA rules this year: 24 second shot clock, NBA distance three pointers, three second rule on defense.  Not sure what the objectives are for playing via NBA rules as it would seem to put players at a disadvantage in terms of their skill sets as well as giving college coaches extra to think about when evaluating players.

Ho-Hum.  Another stat sheet stuffing weekend for Scottie Barnes.  Playing for Nightrydas Elite, Barnes tallied 12.5 ppg, 8.0 rpg, and 5.5 apg.  He also shot an astounding 20-27 overall from the field (74%).  Barnes also had a better than 2:1 assists-to-turnover ratio.  Conversely, he was just 10-18 from the foul line. We aren’t concerned about the three-point percentages in the EYBL so his 0-3 from distance is overlooked.  Scott’s efficiency is such that we wonder if a coach challenged him to score more just how many points he could put up.  In other words, is Barnes too unselfish?

Moussa Diabate only played three games this past weekend, but his numbers suggest he wasn’t overwhelmed in playing up a year.  While 8.7 ppg and 7.7 rpg are somewhat modest for the reigning SIAA Player of the year, they are good for his limited touches on the offensive end.  Hopefully in the next two EYBL sessions he will cut down on his turnovers (three per game) while elevating his success rate at the free throw line (just 4-8).

A pair of close losses, one by two points and one by three, kept E1T1 from going 2-2 in Atlanta in the first EYBL session.  Interesting enough, they scored more field goals than their opponents over the course of four games.  The downfall was being outscored from the line by 21 and from beyond the arc by eight more made shots.

Another surprise was Giancarlo Rosado leading the team in scoring.  The 6’9 junior from Palm Beach Lakes averaged fourteen points a contest while shooting nearly 54% from the field.  He was also a more than respectable 11-14 from the free throw line, leading the team in attempts as well as makes.  Hopefully in the next EYBL session he can use his size to grab more than 3.5 rebounds per contest.  Still, he probably opened a lot of eyes among attending coaches.

If he had done better than 5-13 from the free throw line, Malachi Wideman most certainly would have averaged more than 10.3 points a contest.  To his credit, he was a reasonably efficient 47% overall from the field and though just 2-7 from beyond the arc, that 28.6% success rate was the highest of the entire team for the weekend.  The 6’5 junior from Sarasota Riverview also led the team in rebounding over the weekend, grabbing six per game.

Nightrydas Elite 15u went 5-0 and secured their spot in the Peach Jam by winning the Gold Championship at the EYBL Session 1.  The loaded squad is led by 6’7 forward Gregg Glenn (2022).