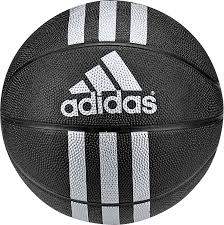 Over on the Adidas Gauntlet Circuit, Team Florida won their final contest on Sunday to keep from going winless.  Both Bradley Douglas and Andre Weir were the key point contributors as each averaged just over eleven points a contest.

Douglas, a 6’3 junior at Eustis, shot 52% from the field overall but just 22% from beyond the arc.  He also led the team in free throw attempts (12) and free throw makes (9).  While the stat sheet for the last game has him credited with twelve assists, we are throwing the challenge flag on that one.  Still, Douglas averaged four assists per contest in the three games prior to that one, so clearly, he doesn’t mind sharing his toys.

A 6’9 junior from Hollywood Chaminade, Weir got a lot done around the basket this past weekend.  He shot a blistering 14-19 from the field in the first three games (74%) which includes his lone attempt and make from the three-point area.  He also led the team in rebounding, averaging just over six per game.  While maybe not the explosive athlete that others are, Weir understands where he is most effective on the court and most importantly how to produce in those areas.

The Florida Knights fared better this past weekend in the Gauntlet, finishing at 2-2.  It could have just as easily been 4-0 or 1-3 as one of the wins was by just two points while both losses were by a single point each.

Playing the first time with the Knights this weekend, 6’3 junior Devin Carter got used to things with a quiet (for him) eleven-point opener.  In the next two games, he put up the kind of numbers that he did with Doral this past high school season, scoring 23 and 26 points respectively.  In the three games that stats were provided, Carter averaged and even 20 ppg on an efficient 62% from the floor overall and 11-17 from beyond the arc (65%).  He also was tied for the team lead in assists as well as the third leading rebounder.  If at least one of the national sites doesn’t mention Carter after his play this weekend, it should be the next thing that Congress investigates.

Helping out Carter for the Florida Knights were Jalen Speer, a 6’1 junior from Gainesville P.K. Yonge, and 6’3 junior Aderes Staton-McCray from Pompano Beach Ely.  While both fell short of averaging double figures in scoring for the weekend, they were consistent and efficient in their contributions.  Speer was 10-18 from the field overall (55%), including 4-8 from beyond the arc and a perfect 5-5 from the free throw line.  While Staton-McCray wasn’t as proficient from deep, just 3-9, he still was 10-19 from the field overall.  In the prior weekend which wasn’t open to college coaches, Speer was the team’s leading scoring while Staton-McCray was Breakdown’s second leading scorer and most efficient player in their first spin of the season in the UAA.

It was a mixed bag for the Florida contingent of Game Elite on the Gauntlet circuit.  Corey Walker, a 6’7 junior from Jacksonville Bishop Snyder, had a pair of great games, going off for 23 in the first game and 31 in the final game of the weekend.  However, sandwiched between those two were games of six points and three points.  Tony Sanders, a 6’7 junior from Miami Gulliver Prep, followed suit.  He had thirteen and sixteen in games one and three respectively but just three in game two and 2 in game four.  In the three games with stats, Walker and Sanders both shot under 35% from the field overall.  At least Walker contributed five rebounds a contest.

Khalil Shaheed, a 6’2 junior from Clearwater Superior Collegiate, had arguably the most consistent weekend for Game Elite.  Averaging just under ten points a contest, Shaheed shot a crisp 15-24 (62.5%) from the field and also contributed four assists per game.  If Shaheed can become more of a threat from the perimeter with his jumper (he’s already a punishing driver and finisher), his value to college coaches significantly elevates.

Tony Sanders: 16 points vs. Basketball U