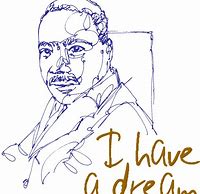 A two-game showcase held at Orlando Oak Ridge on Monday, the first contest featured Mater Lakes out of Hialeah taking on Winter Haven.  Mater Lakes came into the game rated #1 in 4A and winner of the Junior Orange Bowl event over Christmas.  Winter Haven came in ranked #3 in 7A and came out of the holidays as the Kingdom of the Sun champion.  Both are ranked by the FHSAA in the top ten regardless of classification.

Winter Haven grabbed an early lead but then the three-point ariel assault of Mater Lakes began.  Michael Bradley and Ian Pascal each dropped in a three on a run that saw the Bears take a 15-8 lead after the first four minutes.  Isaac Celiscar of Winter Haven caught a lob at the rim and hammered home a dunk to give Winter Haven some momentum, but it didn’t last long.  Anthony Knowles got on the three-point bandwagon for Mater Lakes, dropping a pair late in the first quarter.  Dylan James answered with a three for Winter Haven but after one quarter of play, Mater Lakes held a 24-15 advantage.

Things went from bad to worse for the Blue Devils as Mater Lakes dropped in nine unanswered points to start the second quarter.  With 6:33 left to go in the period, Winter Haven called time out down 33-15.  Motivated by an exuberant tongue-lashing by the coaching staff, the Blue Devils responded with an 8-0 run of their own, cutting the deficit down to ten, 33-23, with four minutes left until the break.  Mater Lakes kept firing away but for the rest of the quarter, Winter Haven would have answers on the offensive end, usually from Jamie Phillips, who had seven points in the quarter.  The Blue Devils went from being down big early in the second to being down just eight, 43-35, at the half.

The teams played evenly in the third period.  That just meant that Mater Lakes was able to respond to every run that Winter Haven made.  With just over three minutes left in the period, the Bears were up nine, 51-42.  From that point on, Mater Lakes would regain its touch from the outside, finishing the third quarter with an 11-4 run to lead by sixteen, 62-46.

Winter Haven has played a tough schedule (City of Palms, Kingdom of the Sun, Montverde Academy, and others) and weren’t about to go away quietly.  Philips and Celiscar found ways to get into the paint and score around the basket and James began to grab offensive rebounds and get some putback points.  With just under five minutes to play, the Blue Devils were down ten, 68-58, forcing a Mater Lakes timeout.  That didn’t slow down Winter Haven and with 1:30 left to play, the margin was just six, 75-69, and the Blue Devils press was having success in forcing turnovers.  It looked like Winter Haven would close the gap even further but Mater Lakes got a steal and a three off an errant Winter Haven inbounds pass underneath the Bears’ basket from Bradley, hiking the margin to nine with under a minute to play.  Winter Haven now had to score and foul to get the ball back.  They were able to score but Mater Lakes confidently hit their foul shots and finished on top 84-77.

For Winter Haven, James, the 6’9 University of Georgia signee, led all scorers with 23 points.  Phillips, a 6’4 junior added 20 points while the 6’6 junior Celiscar finished with 18 points.