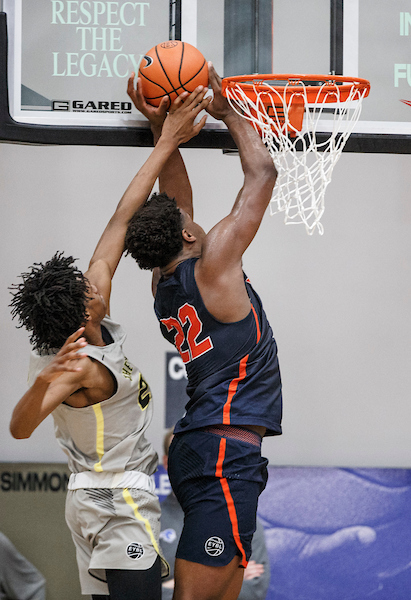 Like anything from McDonald’s, it takes a while to digest the rosters for the McDonald’s High School All American Game that were released yesterday.  While there are certainly some debatable inclusions and omissions, there is no debate that the Sunshine State has a hefty helping of talent.

Of the 24 players selected to participate in the game, 6 play in Florida.  On the East squad, the representatives are: Precious Achiuwa from Montverde Academy; Armando Bacot, Jr. from IMG Academy; and Vernon Carey, Jr. from University School in Fort Lauderdale.  The West squad has Josh Green from IMG Academy; Jeremiah Robinson-Earl from IMG Academy; and Tre Mann from The Villages.  Congrats to that “high-flyin’ half dozen” for being selected for this prestigious honor!

Let’s hope that at some point during the practices for the game, the coaches go to some three-on-three competition and a game between IMG and “the other three” from Florida takes place.  Who wouldn’t want to see the IMG trio of Bacot, Green, and Robinson-Earl take on Achiuwa, Carey, and Mann?  You’d probably get more people to pay to watch that than most state tournament title games.

Usually within seconds of the rosters being released for the McD AA Game, national pundits put out a story listing who was “snubbed”.  I hate that word; it makes it sound like those players have some kind of contagious disease and should be quarantined until the game is over.  I’m not sure what word or phrase would be better.  “Omitted”, “Left Out”, or “Just Missed” sound hollow.  In the end, it is a numbers game/popularity contest.

For C.J. Walker of Oakridge and E1T1, his omission from the game is exceedingly glaring.  Ranked the 28th best prospect by the Recruiting Services Composite Index (RSCI) after the summer, it sure looked like Walker had a very good chance of making the game.  He was 2nd Team All-EYBL and had one of the biggest jumps in the rankings from the beginning of the spring to the end of summer of any player in the country.

This is the second year in a row that a highly productive interior player from Oakridge and E1T1 has been left out of the McDonald’s All American Game.  Last year, it was Emmitt Williams, now at LSU.  All he did in response was go and wreck shop at the Jordan Brand Classic to the tune of 44 points.

It won’t surprise at all if Walker responds in similar fashion.