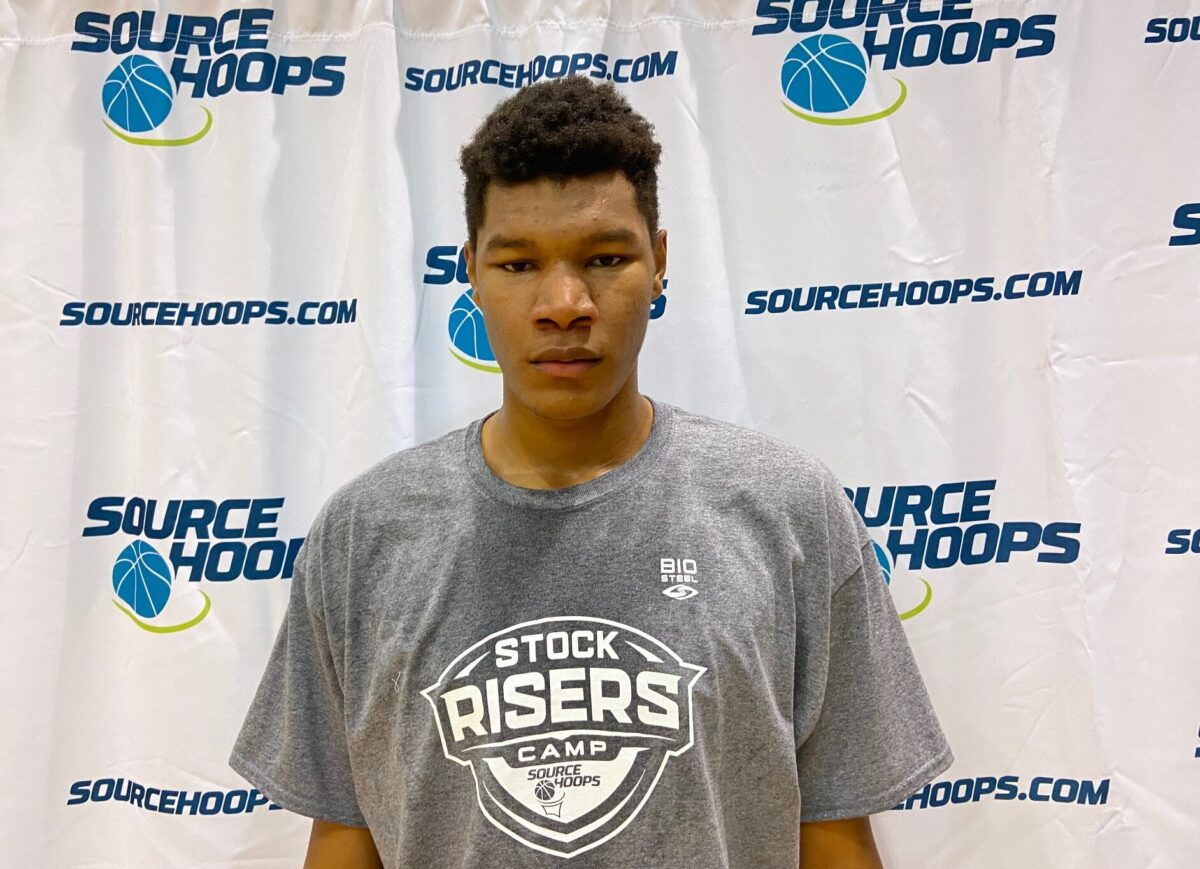 Jahshawne Joseph, Cooper City Westlake Prep: The 6’7 wing was arguably the performer of the day.  A high-level athlete, he displayed an ability to score from all three levels.  Joseph handles the ball well and quickly gets to the basket.  He is also an active rebounder and defender.

Jesus Rivas, Miami Brito Private: The 6’8 post player gave great effort on every play Sunday.  He understands how to use his big frame to get and maintain post position.  Rivas has a soft touch inside and rebounds his area.  As his body matures, he will get better athletically.

Christian Richardson, Jacksonville Potter’s House Christian Academy: The 7’0 post has a very high ceiling as he seemingly improves each time he takes the floor.  He is becoming more comfortable with the physical play around the basket and learning to score through contact.  Richardson rebounds out of his area at both ends of the floor and excels as a rim protector.  Onlookers got excited when he hit a mid-range jumper with good form, something not previously seen from him.

Delvin Espinoza, Miami Immaculate La Salle: The 6’4 Espinoza proved to be a solid, all-around lead guard with his play on Sunday.  He showed he could play either guard spot as he dropped both dimes and threes with relative ease.  Espinoza has a solid frame and is a good decision maker and passer in both transition and half-court sets.

Warner Davis, Miami Palmetto: The 6’1 guard is super quick and scores in bunches.  If played for the drive, he drops in perimeter shots.  If played for the shot, Davis can blow by the defender and score at the basket.  At this stage, he is more scorer than distributor but be scores very well.

Dominic Gooden, Tampa PHS Academy: We have seen the 6’0 guard shoot the ball better in previous viewings.  Gooden wisely changed tactics, attacking the basket with positive results.  He has a tight handle, is very quick with the ball, and changes direction on a dime.  Gooden has the ability to play either guard spot.

Deshawn Jean Charles, Miramar: The 6’6 wing all of the physical tools necessary for success.  He is skilled, can score inside or out, and has the potential to be a versatile defender.  A grab-and-go rebounder, Jean Charles pushes the ball up the floor and finds ways to either score or get teammates open shots.

Kaleb Walters, TBD: It seems like it has been too long since we have seen the 6’6 wing in action.  He is a very good athlete that scores well from the perimeter.  Walters is a solid ball-handler that gets to the rim and scores in a crowd.  He also rebounds well and has a penchant for getting to long rebounds and putting those in the basket.  Walters’ length and athleticism give him a great deal of potential on the defensive end.

Morice Williams, Sunrise Piper: The 6’1 Williams has not set position; he just makes plays.  He is very athletic, finishes well in transition, and has a quick first step to the basket when the pace slows down.  Williams is a respectable passer on the mover and for his size grabs a lot of rebounds.

Johaun Myles, Hollywood McArthur: The 6’4 wing impressed with his ability to score from fifteen feet and in on Sunday.  He can drive and score at the basket or pull up off the dribble and knock down the mid-range jump shot.  Myles rebounds well for his size, especially at the offensive end.