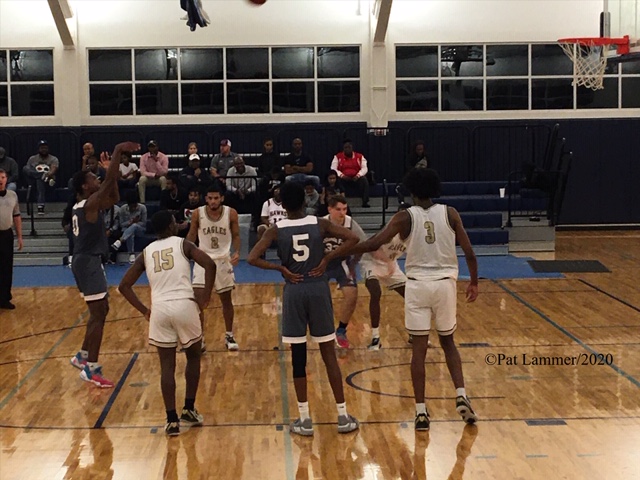 We went 3-1 in our picks for Tuesday night.  Biggest surprise, maybe in any classification, was Hawthorne winning by ten on the road at Wildwood.  Too bad the #1 and #2 teams in the state for Class 1A couldn’t meet in Lakeland for the title.  Vernon and Hilliard’s wins will inject some new blood into the 1A Final Four.  We’ll share our preview and predictions closer to tourney time.

Not a bad finish at six up and two down on our Tuesday night guesses.  Impact Christian and FAMU both won two point games on the road to advance to Friday’s region finals.  We would have been 5-3 had Naples First Baptist Academy not squeaked out a one point win at home.

Best Matchup: It is tough to choose between Orlando Christian Prep/Central Florida Christian Academy and Schoolhouse Prep/Grandview Prep in this category.  Depending on the vantage point, OCP and Schoolhouse are at home and should win comfortably or both games could go down to the wire as all four teams are very talented and well-coached.  Hopefully, the two winners will be on opposite sides of the bracket in Lakeland.

Best Chance for an Upset: Both FAMU and Bayshore Christian have the tools to go on the road and come out with a win.  For FAMU, they have done it the past two games and have no qualms about being Road Warriors.  Bayshore Christian has solid guard play and their ability to knock down threes should be a huge factor in the outcome of this contest.

Much to our pleasant surprise, we went 7-1 in Tuesday’s games in this classification.  Our lone drop was St. Andrew’s winning on the road.  That game was the #4 vs #5 rated teams and a real push.  One surprise was that the smallest margin of victory on the night in Class 3A was seven points.  We were convinced there would be some real nail-biters last night.

Best Chance for an Upset: Seffner Christian seems to have hit their stride after going through a very rocky regular season.  It will be a long ride and tough game down in Naples but Seffner has the talent and experience to make a return trip to Lakeland.

We were quite happy with a 6-2 record after the dust had settled Tuesday night.  Eastside surprised on the road while Stranahan hit a three just before the final buzzer to win by two. We have to admit we were kind of surprised by Tampa Catholic’s twenty point margin of victory over St. Pete Lakewood.  The two teams meet just over a week ago in the district final and Tampa Catholic won big in that one as well.  With both teams now familiar with each other, one would have thought the second meeting would have been more competitive.

Best Matchup: The Stranahan/Gulliver Prep game should be one of the better ones on Friday night regardless of classification.  Both teams have seniors that have played in big games and do not want their high school careers to end short of a shot at a title in Lakeland.

Best Chance for an Upset: Gainesville Eastside has the defensive tenacity to go into Lake Highland Prep and cause problems.  The home-standing Highlanders will have a size advantage and are solid as well on the defensive end of the floor.  This game should be highly competitive throughout.