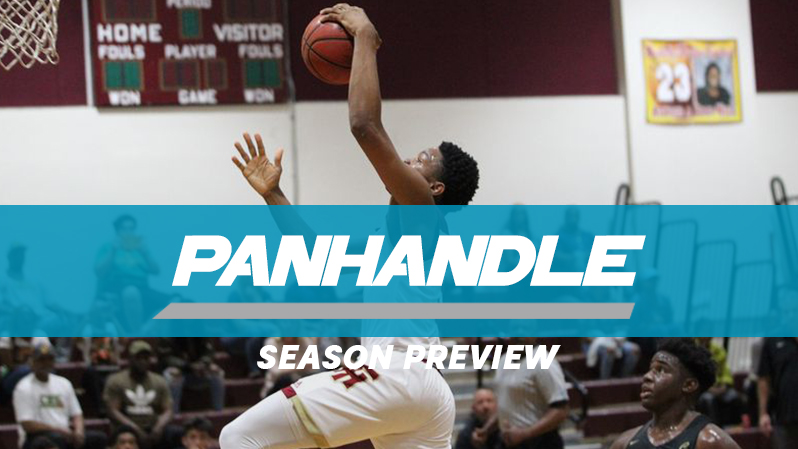 Before getting into our annual pre-season preview of each classification, we thought it would be beneficial to take an overall look at the different geographic regions of the state.  We’ve broken the regions down into the Panhandle, North Florida, Central Florida, Southwest Florida, and South Florida.  We kick off our regional coverage with a look at the Panhandle, which we consider to be Tallahassee to Pensacola.

A program with great tradition, Rickards is in the running as the top team in the Panhandle region regardless of classification.  A major pick-up over the summer was 6’5 senior Myles Smith, who moved in from Jacksonville.  He gives Rickards versatility at both ends of the floor.  K.J. Taylor, a 6’2 senior guard, runs the show well for a club that will look to get out and run as much as possible.

Lincoln may not have many high-profile names, but this group is a case of the whole being greater than the sum of its parts.  Coach Matt Anderson has an athletic group that gets after opponents at both ends of the floor.  Senior guard Zae Wiggins was one of only two underclassmen on the Tallahassee Democrat All-Big Bend First Team at the end of last season.

“Choctaw” was stunned in last year’s regional semi-finals by then-district foe and eventual state champ Crestview.  The team lost a solid group of seniors but still looks to be one of the better teams in the region.  6’3 junior guard Jamil Bowles was very impressive when we saw him this summer at UCF Team Camp and has all the tools to be a good one for the Indians.  Hopefully, 6’8 sophomore Elijah Johnson will come off the football field and quickly round into form.  It will be up to last year’s supporting cast to step up and keep Choctaw among the elite in the Panhandle.

Tate, just outside of Pensacola, returns 6’1 guard Love Bettis and his presence alone makes Tate one of the better teams in this part of the state.  As a junior, Bettis averaged just over 21 points a game, and he could go for more this year.  Both Milton and Crestview will give Tate a challenge, but both teams lost quality seniors from last season and will need time to come together.

The Eagles are the favorite to fly high above the other schools in the city.  They will get tested early with games scheduled against Tate and Choctaw.  Sophomore Omarion Turner showed potential last year.  It seems that teams in this far part of the state take turns at the top every year and it seems like this might be the year for Pine Forest.

The Florida State lab school may be the best regardless of classification in the Panhandle region, but this region in Class 3A, which extends from Pensacola to Jacksonville and then down to Orlando, is very tough.  It is unlikely that a senior will start for Florida High, but the underclassmen talent is overwhelming.  Juniors Makai Willis and Kai Farlin provide a presence on the interior while sophomores Tre Donaldson and Jaylen Martin drive the backcourt.  The team is playing an upgraded schedule in hopes of being prepared for what should be a challenging road to Lakeland.

Depending on how the new FHSAA playoff system works out, it wouldn’t surprise if Godby made a deep playoff run.  Junior Steve Laurent averaged just short of double-figures last year, and junior guard James McBride, a transfer from Miami Senior, should step in right away and produce.  Those two will carry Godby until the rest of the crew get comfortable their respective roles.

Last year’s team made it all the way to the state semis where it ran into the Madison County buzz saw.  That experience should help Paxton as well as the team’s returning talent.  Latrell Sanders led the team in scoring as a freshman at just under 17 points a game while both Connor Varnum and Alonzo Wright, now seniors, each averaged double-figures las year.  That trio is about as good as your will find in all of Class 1A and their supporting cast isn’t bad either.

Crossroad Academy reached the Final Four in Class 2A last year but now finds itself in Class 1A due to the FHSAA bi-annual re-classification.  When viewed this summer, the guard combo of 6’3 Jalen Black and 5’10 Deonta Jones, both now seniors, looked like it could carry the team a long way.  Black is big, strong, and gets to the rim for most of his points.  Jones is quick and shifty and can drain jumpers from deep and make defenders look helpless at the rim.  Size may be an issue, but Crossroad Academy has enough quality athletes to offset that type of disadvantage.

When in doubt, go with a program that has a history of reaching the playoffs.  That’s what we decided to do with this final spot.  Rutherford is routinely the top program in Panama City and that should again be the case this year.  They will certainly be challenged come playoff time, but Rutherford has a better chance than most to make it that far.

Robert Parker-Crawford, Tallahassee Maclay: Arguably the top senior in Tallahassee, “RPC” is a mult-sport athlete that plays a variety of roles for Maclay.  He will run the offense but will be called upon to score points when it matters most.  At 6’3, he’s got a solid body and high-end athleticism.

Love Bettis, Catonment Tate: Bettis has been well-known in the Western Panhandle region since his freshman year.  Though only 6’1, Bettis is strong and completes plays at the rim with consistency.  He also has a respectable jump shot that makes him hard to guard.  It wouldn’t surprise if he is among the top scorers in the state this coming season.

Alonzo Wright, Paxton: While teammate Latrell Sanders scores more, the 6’6 Wright brings not only scoring but versatility to the floor for his team.  He averaged just over ten points a contest last year, can play on the perimeter or in the post, and creates mismatches at the 1A level.

Tre Donaldson, Tallahassee Florida High: The 6’1 sophomore point guard plays with both poise and flare.  His jump shot is consistent out to the arc, blows by defenders to finish in traffic at the rim, and has both excellent vision and a high basketball IQ.

Jaylin Martin, Tallahassee Florida High: The 6’5 sophomore is both smooth and strong when attacking the basket and he usually finishes above the rim.  His jump shot continues to become more consistent and he just seems to have a knack for getting the ball in the basket.

#1 Junior: Makai Willis, Tallahassee Florida High: A 6’7 post player with a developing perimeter shot, Willis scores well around the basket, gathers rebounds in large quantities at both ends, and is a solid rim protector at this level.

#1 Freshman: Anthony Robinson, Tallahassee Florida High: The 5’10 Robinson looked more than comfortable playing with and against older competition this summer.  He knows his role is to feed the scorers and make shots when given the opportunity.

Senior Sleeper: K.J Taylor, Tallahassee Rickards: Taylor has a generous wingspan and plays “taller” than his 6’1 size.  He’s a good athlete, shoots the ball well from the perimeter, and makes good decisions with the ball on the move.  He covers a lot of ground quickly on the defensive end and contributes well in the rebounding department.