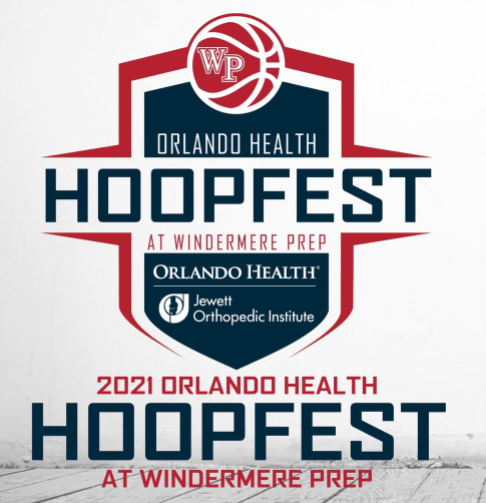 We took in the Orlando Health Hoopfest at Windermere Prep on Saturday.  Six game were on the slate and several gave us a chance to see teams from various parts of the state.  It also gave us another opportunity to see some of the better college prospects in the Sunshine State.

In a bit of a surprise, this proved to be one of the better games of the day.  Both teams got going at a good clip and midway through the first period Santa Fe led by just two at 10-8.  Ocoee then got on a roll, finishing the quarter with a 12-5 run to lead by five, 20-15 going into the second period.

Santa Fe got back on track with a 10-2 run to re-take the lead.  With just over a minute left to play in the half, Santa Fe led 30-25.  Each team scored a single two-point basket over the remainder of the quarter and Santa Fe took a 32-37 lead into the break.

It took a while, but Ocoee finally tied the score at 38-38 with 4:33 to go in the third quarter to make it a new ball game.  Both teams played at a fast pace throughout the period and when those eight minutes of playing time had passed, Ocoee held a tenuous one-point lead, 50-49.

The fourth quarter was a back-and-forth affair with neither team able to get separation.  At the midway point, Santa Fe led by just two, 57-55.  With one minute left to play, Ocoee was in front, 61-60.  With twenty seconds to play, Santa Fe, down one, had a chance to take the lead.  The first free throw was good to tie the game at 61-61, but the second shot was off.  Ocoee wasn’t able to get a shot to go down and the game headed into overtime.

Ocoee struck first with a three from senior Michal Vyskocil. Sante Fe connected on one of two free throws but two free throws by Ocoee gave them a four-point lead with thirty-five seconds left.  Santa Fe’s Trey Lane, connected on a pair of free throws with thirty seconds remaining to get back to within two, a 64-66.  That would be as close as Santa Fe would get and the Knights of Ocoee would win by that 66-64 final score.

The Villages vs. Tallahassee Chiles

Neither team was engaged in the early part of the contest.  The score was only 2-2 after the first four minutes and just 6-6 entering the second quarter.  Both teams seemed to be energized in that second period.  Chiles got their head of steam first and at the four minute mark led 17-11.  The Villages responded with four quick points to draw within one.  The Villages would essentially finish out the final four minutes of the half on a 14-3 run to take a 25-20 lead into the halftime break.

The Villages scored the first six points of the third period, given them a double-digit lead at 31-20 and forced a Chiles timeout.  It didn’t really help and The Villages was able to maintain a multi-possession lead for the rest of he contest.  The Buffalo would go on to win by nine, 50-41.

For Chiles, Parker Bell led all scorers with 16 points.

This was the most shocking game of the day.  Lakewood Ranch made the trip up from Bradenton after defeating a solid Sarasota Riverview team at home earlier in the week.  The Wolverines of Windermere jumped out quickly and never looked back.  Particularly devastating to Lakewood Ranch was being on the short end of a 31-10 second quarter after being down twelve at the start of that period.  The running clock kicked in not long after the third period started.  The Wolverines won big over a potential regional playoff rival, 80-45.

Lakewood Ranch got seven points each from Andres Jung and Jay’den Clarke Jones.

Snyder is one of the better schools in North Florida and a contender for the Class 3A title.  CFCA is one of the top programs in Class 2A and the only one in the state capable of knocking off Orlando Christian Prep to grab the state crown in the 2A classification.  As expected, both teams got out of the gate quickly and with four minutes gone by the score was tied at 10-10.  CFCA finished out the quarter with an 11-3 run to lead by eight at 21-13.

From that point on, CFCA pretty much controlled the entire contest.  The Eagles led by double-digits at the end of both the second and third quarters.  Bishop Snyder made a run in the final period, getting to within six, 66-60, with just over four minutes to go.  The Cardinals would get no closer than that, and CFCA would take home a high-scoring 82-73 victory.

Lincoln was playing its fourth game in five days.  Despite that, they kept within striking distance of an undefeated LHP for the first period.  Lincoln was down just two at the four minute mark and just four, 15-11, after one quarter of play.  An 8-0 run by the Highlanders gave them a 23-11 lead with 5:45 left until the half, forcing a Lincoln timeout.  It stemmed the tide but Lincoln could not get the margin below double digits and entered the halftime break down twelve at 30-18.

Lake Highland would slowly and methodically increase their lead over the third and fourth quarters.  Many of those points came courtesy of NBA-range threes from Ohio State signee Brice Sensabaugh.  Lake Highland led by fifteen after three quarters and ultimately won by twenty, 61-41.

For Lincoln, both Bryce Cummings and Jaylen Auston scored 12 points each.

In the final game of the day, DP, with only one loss and a contender to not just repeat as Class 7A champions but get another national ranking as well, faced a hostile crowd and an undefeated Windermere Prep Lakers team.  That crowd and emotion got the Lakers off to a good start.  They led 11-6 with four minutes gone in the first quarter.  The Panthers of Dr. Phillips weathered the storm and by the end of the first quarter, had tied the game at 21-21.

Dr. Phillips started the second period on a 9-2 run and looked like they might run away with things.  The Lakers adjusted and found themselves down only four at the break, 32-28.

A 9-2 run in the first two minutes of the third quarter by DP forced a Windermere Prep timeout.  It didn’t have its desired effect.  Coming out of that stoppage, DP went on an 8-0 blitz to lead by nineteen, 49-30 with four minutes left in the quarter. Windemere Prep would close the gap to fourteen, 54-40 by the end of the period but DP was on a roll and could not be contained.  The Panthers would go on to win big, 77-50.