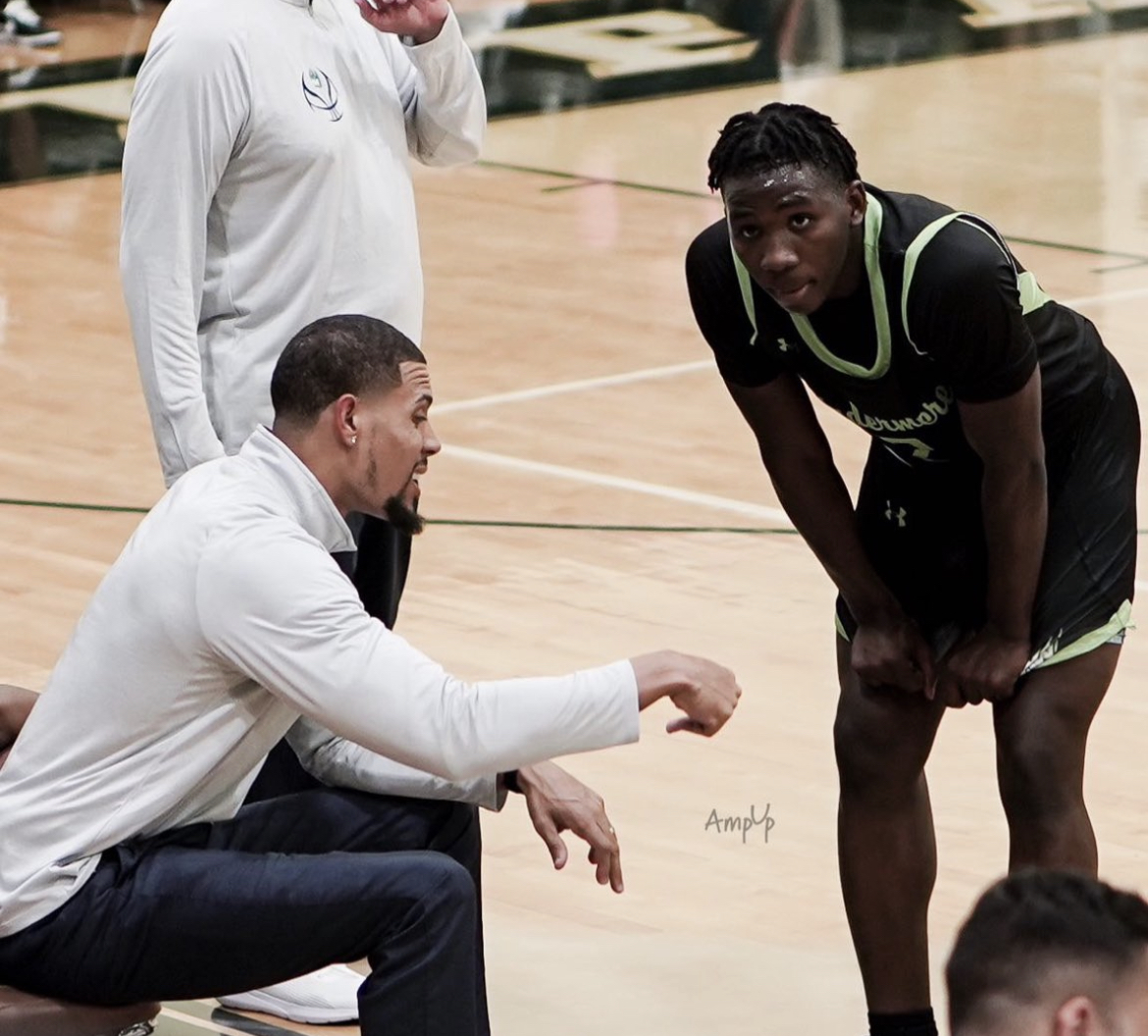 Photo Courtesy of Amp Up

Tae’Shaun Gelsey, Jacksonville Riverside: The 6’4 sophomore has a lot of physical tools and his basketball skills are growing to match.  Gelsey showed a great deal of potential as he knocked down some perimeter shots to complement his ability to finish in a crowd at the basket.  A high-level athlete with a good frame, his recruiting profile will continue to rise as his perimeter skills become more refined.

Antonio Harrison, Jacksonville Riverside: The 6’3 senior was a bit of a surprise as he showed an ability to make shots from all three levels.  He is a good offensive rebounder at his size, plays with confidence, and has those certain “glue guy” qualities that can’t be taught but every team needs to be successful.  Harrison has active hands and feet on the defensive end and makes his opponent work for everything at that end of the floor.

Ta’Veon Jones, Windermere: The 5’7 junior is a game changer.  With his speed, quickness, and ball-handling skills, he puts defenders on skates.  Jones seemingly gets to the basket at will and usually makes the right pass vs. shot decision when the defense collapses on him.  The fact that he has legitimate range from behind the arc makes him even more difficult to defend. A disruptive defender both on and off the ball, Jones makes as much of an impact, if not more, than a player a foot taller.

Isaiah Dorceus, Windermere: The 6’1 senior got going from three-point range Saturday night as he knocked down four of seven attempts.  He too has good speed and quickness with the ball and uses it to draw fouls and get to the free throw line, converting at a high rate.  Dorceus quickly moves the ball to open shooters when on the perimeter.  At the defensive end, he is aggressive and active.

Julian Clarke, Orlando Windermere Prep: The 6’1 junior made big plays for the Highlanders down the stretch on Saturday night.  He looks to push the pace in transition at every opportunity.  Clarke is a dangerous three-point shooter, and he uses that ability to set up drives to the basket.  In doing so, he creates a lot of opportunities for himself at the free throw line.  He does a good job of disrupting the passing lanes on the defensive end of the floor.

Jahmari Johnson, Fort Myers Gateway Charter: If the 6’4 senior is actually only half as good as he was Saturday on a regular basis, he is a serious D-I sleeper prospect.  The athletic lefty showed a reliable perimeter shot out to the arc, finished consistently in a crowd at the rim, and was an active rebounder at both ends of the floor.  Johnson comes across as a tough-minded defender that doesn’t shy away from a challenge.

Pat Johnson, Fort Myers Gateway Charter: A 6’8 sophomore, one has to like his combination of size and athleticism, and his basketball skills aren’t bad either.  He rebounds well at either end, has some basic scoring tools down low and is a surprisingly solid free-throw shooter.  Johnson provides a presence inside on the defensive end, changing and challenging the shots of all who enter the lane.

George Kimball, Tampa Berkeley Prep: A 6’1 senior, Kimball is a D-I prospect that plays with confidence and makes good things happen on a regular basis.  He has the ability to knock down three-point shots coming off ball-screens or off the catch.  When given the opportunity, he is a crafty finisher at the rim.  Kimball also has good court vision and finds teammates quickly for open shots.  Defensively he is solid as he anticipates well and does a good job of keeping his opponent in front of him.

Gabriel Grimsley, Tampa Berkeley Prep:  We feel we need to give a shout-out to this 5’10 eighth-grader.  The youngster saw meaningful minutes in Berkeley’s overtime win on Saturday and delivered.  Grimsley displayed good speed and quickness as well as sure ball-handling skills.  In crunch time, he had a steal and score, a tough finish in traffic, and knocked down a three over a defender off the dribble.  It’s early, but Grimsley is certainly one to keep tabs on.

Brandon Bass, Windermere Prep: The 6’4 freshman has great potential as he is an athletic finisher above the rim.  He has a respectable three-point shot but will also challenge defenses with his drives.  Bass attacks the glass for rebounds and has the ability to grab the ball and go when securing the miss at the defensive end.  He is quite lengthy and it wouldn’t surprise if he grows another couple of inches.

Sinan Huan, Windermere Prep: The 7’0 freshman is a Chinese boarding student that is still learning the game.  Still, he runs the floor well, challenges shots at the basket, and plays aggressively.  Because Huan is already a solid athlete at his size and age, hopefully it will be sooner rather than later that his skills and ability to apply them in game situations catch up.