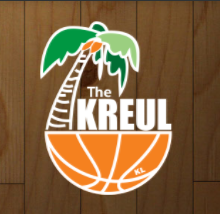 We took in Monday’s action at The Kreul Classic in Coral Springs and were greatly entertained by a full day of very competitive high school basketball.  South Florida is a hotbed for high school hoops in the Sunshine State and The Kreul Classic does as good a job as any event in showcasing the teams and players in this area.  Let’s get to it!

Somerset got out of the gate quickly, sprinting to a 9-0 lead to start the game before Mater Lakes called a time-out.  With three minutes left to play in the opening quarter, Somerset was up 12-5 and looked in control.  That changed quickly as Lakes stiffened up on defense and got some easy baskets to tie the game at 12-12 in less than two minutes.  Still, when the quarter was over, Somerset led 19-14.  In the second period, Lakes narrowed the gap to a single point on several occasions, but each time Somerset responded.  At the midway point, Somerset led 25-24.  They continued to maintain a slim lead the rest of the half to lead by three, 38-35, at the break.

The third quarter again found the teams locked in a tight one.  Somerset continued to answer every run that Mater Lakes made and led by a score of 47-44 midway thru the quarter.  Mater Lakes continued to battle and finally tied the game at 53-53 heading into the final period.  Mater Lakes took their first lead of the game on the opening possession of the fourth quarter.  Somerset quickly answered, but Mater Lakes had now found their rhythm.  They established a 67-62 advantage midway thru the final period.  Somerset made it interesting, getting the score to 71-68 with a minute to play, but Mater Lakes was able to hold on by a single point, 71-70.  A great game to start the day!

This game got off to a sluggish start as the score was only 6-4 in favor of MCD midway thru the first.  Then all at once both teams found their rhythm and scoring became much easier.  MCD led by three, 19-16, at the end of the first.  Grandview put together an early run to open the second quarter and with four minutes remaining led by three at 26-23.  MCD would threaten to take the lead on a number of occasions but when the horn sounded for the half-time break, Grandview led by five, 34-29.

A quick burst by Grandview at the beginning of the third quarter carried them to a 42-33 lead with four minutes left in the period.  MCD extended its defensive pressure in hopes of getting stops and scores, but Grandview was able to take advantage and eventually got their lead to double-digits.  With one period left to play, Grandview led by thirteen, 51-38.  MCD continued to apply pressure but Grandview was unfazed.  Now, MCD was having to put up shots from deep and was not having the desired success.  Grandview led by eleven, 63-52, midway thru the final quarter but upped its lead with easy baskets in transition and free throws.  Grandview would end up winning big, 76-55.

Playing games is therapy for the Mater Academy squad, still reeling from the untimely death of Head Coach “Shakey” Rodriguez.  Actually, all of us in the basketball community are.  While Mater Academy may have lost highly regarded Malik Renau to Montverde Academy, the team still has a lot left to compete for a state title in Class 6A.

That was quite evident as Mater got out to a quick 4-0 lead while turning Coral Springs over three times in the first minute, forcing a time out.  At the four-minute mark, Mater led 8-2, all eight coming from 6’6 junior Jimel Lane.  When the horn sounded to end the first quarter, other Mater players had gotten involved and Mater led 17-9.  Mater’s defensive domination continued in the second quarter.  It didn’t lead to an explosion of points but rather a slow boil that grew throughout the period.  When half-time rolled around, Mater had almost doubled up Coral Springs, 40-21.

The second half of the contest continued just like the first.  Mater’s defense continued to befuddle Coral Springs and after the third period, the nineteen-point led had grown to thirty at 62-32.  In the fourth, the running clock rule kicked in with just over a minute left to play.  Had it not, Mater might have put up a hundred.  While it was hard to please “Shakey” regardless of the margin of victory, he would have been pleased with his team’s 88-50 win today.

Both teams are considered legit challengers for the Class 3A state title, so a lot was expected from this game.  In a way, we got what we expected and in a way, we didn’t.

The first four minutes found the teams knotted at 5-5 as both seemed to be feeling the other out.  Points were hard to come by, and that continued throughout the first quarter which found Westminster up by a point, 12-11.  St. Andrew’s held Westminster scoreless the first four minutes of the second period.  However, St. Andrew’s could only score four points themselves to lead 15-12.  Intense defense on both sides made for some “less than pleasing” offense.  When the half time horn sounded. St. Andrew’s led by just three, 19-16.

Westminster looked to have something going in the first part of the third quarter.  They opened up with a 7-3 run to take a one-point lead at 23-22 with 4:33 left in the quarter, forcing a St. Andrew’s time-out.  It seemed to work, as St. Andrew’s outscored Westminster 10-6 the rest of the period to lead by three, 32-29, heading into the final period.  St. Andrew’s finally got into an offensive flow to start the fourth, outscoring Westminster 9-4 to force a time-out with 4:36 to go and the score showing St. Andrew’s up 41-33.  Westminster didn’t quit, getting to within three at 44-41 with just over a minute remaining.  Despite St. Andrew’s leaving the door open by missing four consecutive free throws down the stretch, they were able to hold on and win by the score of 47-44.

Pine Crest got out to a fast 6-0 lead and Norland called time-out two minutes into the opening quarter.  The score would be 12-0 before Norland would finally get on the scoreboard.  Once the Vikings did, they found a rhythm and got to within three, 16-13, at the end of the first period. The score remained close in the second quarter, with Pine Crest leading 24-20 midway thru.  At that point, Pine Crest put on a spurt to close out the half up by eight at 33-25.

Pine Crest continued its torrid offensive pace at the start of the third period, pushing its lead into double-digits.  They led by twelve, 52-40, heading into the final quarter.  Norland wasn’t done and several times cut the deficit enough to make it a two-possession game.  However, the hole was too deep and Pine Crest would hold on to win by the score of 68-61.

Ausar Thompson, a 6’5 junior for Pine Crest, led the way with 33 points.  Twin brother Amen Thompson was more of a facilitator this time but tallied 15 points of his own.

This game was tight throughout.  South Miami grabbed the lead in the first period, leading 9-7 midway thru and 12-11 after one quarter of play.  Ely took its first lead midway thru the second quarter at 16-14, but South Miami was able to get some timely three point shooting to re-establish control and lead at the break 23-19.

Ely threated on a number of occasions to take the lead in the third quarter, but each time South Miami had an answer.  However, South Miami couldn’t open much of a margin on Ely and heading into the final period led by just two at 32-30.  The Cobras of South Miami opened the fourth quarter with a 5-0 run, leading 37-30 with five minutes to play and looking in complete control.  That was an illusion, as Ely found ways to get stops at one end and scores at the other.  With four minutes left to play, South Miami’s lead was down to one at 37-36.  A 6-2 run by Ely over the next two minutes gave them a 42-39 lead.  South Miami had every chance to snatch the lead and the win back from the Tigers but couldn’t make it happen.  Ely gutted out a gritty win, 50-45.

South Miami got a game-high 26 points from 6’3 senior Christian Pujols, but nobody else could crack double-figures.

In the final game of the day, a sluggish first four minutes found Carroll up 6-5.  After that, Carroll found the range from beyond the arc and after one period of play led 20-12.  Stranahan amped up its defense and got some stops in the second quarter to cut the deficit, but not my much.  At the break, Carroll led by six, 31-25.

Stranahan opened the third quarter with a 6-0 run to tie the score with 5:30 left in the period.  Carroll responded in a big way, finishing off the third with a 13-3 run to lead by ten, 44-34 heading into the final period.  Stranahan was unable to significantly cut into the margin and the Dragons’ frustration showed with just under a minute to go in the ball game.  In short, two players from Stranahan were ejected due to their part in a “dust up” while a Carrol player was also ejected, as were the Carroll bench players who left the bench area during the ruckus.  Carroll had to finish the game with four players, but its lead was enough that it didn’t matter.  A good showing by both teams was a bit spoiled by the ending but Carroll prevailed 60-46.

For Stranahan, 6’5 senior London Previlon led the way with 22 points.