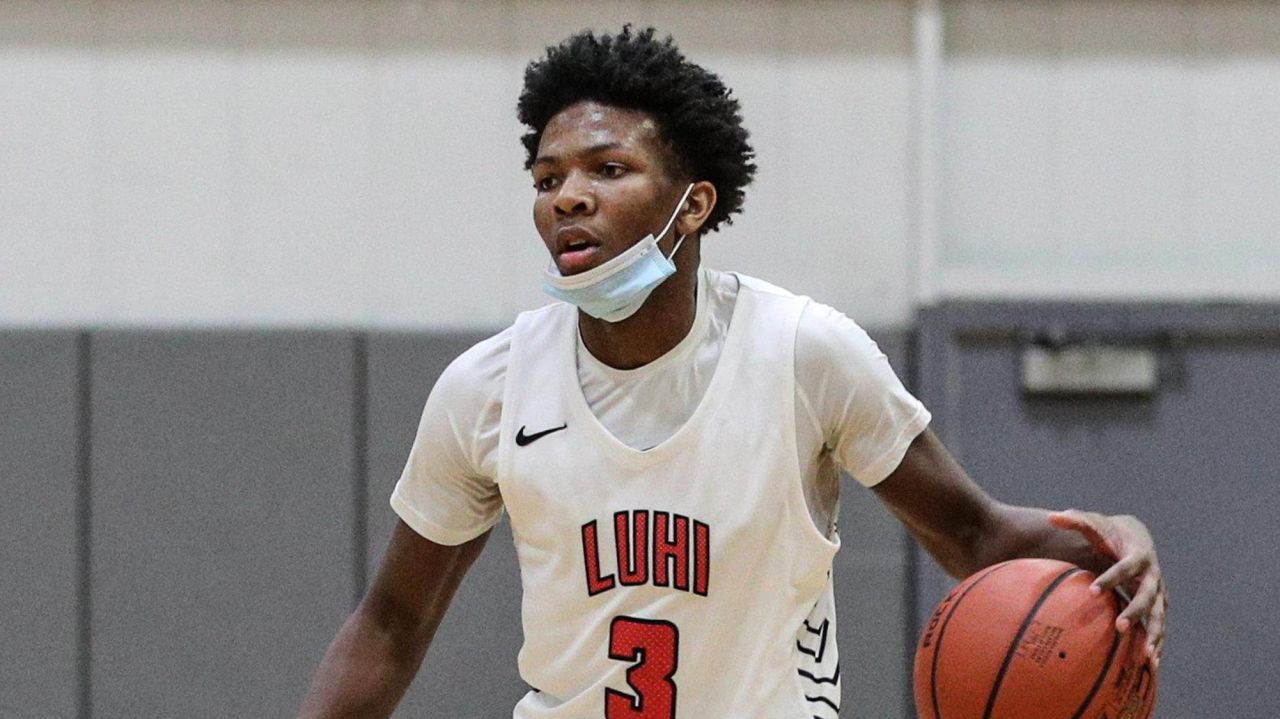 A consolation bracket game, both teams were ranked in the Ball is Life FAB 50 in the preseason.  Kimble gave host school Montverde Academy all it wanted before taking an “L” in a high-scoring game on Thursday.  Lutheran lost a tough one to Orlando Dr. Phillips in the first game of the event.

The teams battled evenly for much of the first quarter. Kimball’s 6’5 senior Trey Clayton scored the first points of the game on a pair of free throws.  Lutheran’s 5’11 junior guard Jayden Reid countered with a mid-range jumper.  It would go like that until James Johns, a 6’4 junior from LuHi, hit a three to make the score 9-6 in their favor.  Kimball scored off a steal a bit later but Lutheran finished the quarter on a 10-2 run to go up nine, 19-10, after the first eight minutes.

Johns hit another three for Lutheran to push the Crusader led to double-digits.  The lead was still twelve with three minutes left, 32-20, when Kimball got on a roll.  The Knights closed the second quarter with a 12-4 run, nine of those from 6’6 Clemson recruit Chauncey Gibson.  At the half, Kimball had cut the margin to four, down only 36-32, and showing signs of new life.

Lutheran scored the first four points of the third period to push their lead to eight.  A three from Gibson cut that to five, and then after offsetting baskets, Jayden Pierre of LuHi, a 6’2 Providence signee, hit a three and then Reid responded with a long two.  Now the margin was ten, 47-37, in favor of Lutheran.  Twice, Kimball cut that margin to seven but Lutheran responded the second time with a pair of baskets near the rim to push the score to 54-43 with four minutes left in the third.  Kimball slashed the deficit to eight at 56-48 with just under two minutes to go, but Lutheran scored the last four points of the quarter: a drive and score from Reid and a dunk inside by 6’11 senior Jaxon Koroll.  Going into the final period, the Crusaders were up a dozen, 60-48.

LuHi was never threatened in the fourth.  The smallest margin was a dozen while the Crusaders biggest advantage was twenty, 92-72, with twelve seconds left to play.  A long two by Kimball made the final score 92-74 in favor of Lutheran.

Reid led all scorers with 30 points while Johns added 26 for the Crusaders.  Pierre finished with double digits as well with thirteen points.