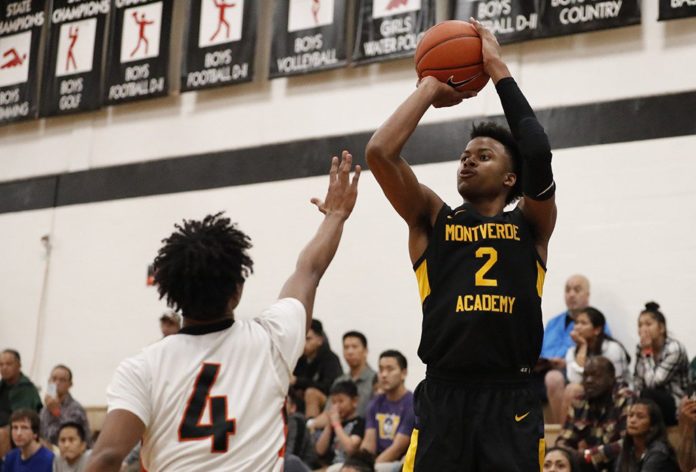 Shemar Melton, Hilliard: The 6’4 senior was a great complement to UNF recruit Jacob Crews all season long, averaging nearly 13 points, 6 rebounds and 6 assists per contest during the regular season.  The athletic point guard was also solid in his two games in Lakeland, going for 15 points, 5 rebounds and 3 steals in a semi-final win and contributing 12 points and 4 assists in a narrow loss in the title game.  With his size, athleticism, and willingness to distribute the ball, Melton should find a home on the collegiate level before too long.

Anthony Brown, Orlando Christian Prep: While the 2A state champs got a lot of help from a lot of different contributors over the course of the season, it always seemed like the 6’4 sophomore was able to step up and provide big buckets when needed.  His ability to score in a variety of ways kept the defense off balance and allowed teammate Lubin to roam free inside.  Look for Brown to take major strides the next two seasons to become one of the top players in the state, not just Central Florida.

Ray Davis, Lakeland Santa Fe Catholic: Until defeated in the regional final by eventual state champ St. Andrew’s, Santa Fe Catholic was considered the top team in the state based on the FHSAA power rankings.  The team was a bit unique in its “small-ball” approach and with its up-tempo style of play could have made for a lot of chaos.  However, it was the 6’2 senior that was able to corral and direct that chaos into a productive and efficient unit.  Davis controlled the pace of the game, knew when to push or pull back, and scored when called upon.  Teammate Jovan Bell led the team in scoring and Joe Stubbs was a crowd-pleaser with his athleticism and exploits at the rim, but Davis kept everyone on the same page and moving toward the same goal.

Taylor Hendricks, Fort Lauderdale University School: The 6’8 sophomore gave the Sharks the inside component to complement the team’s talent and depth on the perimeter.  He provided rim protection and a defensive presence in the point while on the offensive end he was effective in ball-screen situations, always available to clean up missed shots or receive passes from penetrating teammates, and proved capable of spreading the floor and knocking down shots from the perimeter.  Should he stay at “U-School”, he will most likely become the first offensive option.

A’Drelin Robinson, Tallahassee Rickards: In watching Rickards at our fall event last year, we felt they would be good but worried about their point guard play.  Once the 5’10 junior arrived, that issue was solved and things fell into place for what ultimately became a state title team.  Robinson’s ability to play the point guard spot freed teammates Zack White and K.J. Taylor to play their natural wing positions.  He was effective in handling the ball vs. pressure, finding open teammates for easy scores and making life difficult for the opponent.  Nowhere was that more evident than in the state title game where he hounded and harassed Pines Charter guards into bad shots.

Josh Simmons, Bartow: Every championship team or contender has a player like Simmons: no-nonsense, tough, and thoroughly committed to doing whatever it takes to win.  The 6’4 senior may be undersized but doubtful that, inch for inch, there is a tougher, more productive player on the high school level in the state.  His ability to score and rebound over bigger foes is astounding.  With long arms and a strong frame, Simmons gets the ball in the basket quickly before the defense can react and is usually the first one to rebounds.  While Simmons may not have a long-term future as a player, no doubt he could be a superstar in the WWE with his body and mindset.

Deshawn Jean-Charles, Miramar: Senior teammate Brent Davis was Miramar’s go-to guy all season long, and the team’s style of play wasn’t going to allow for big numbers by any one player.  Still, Jean-Charles had a solid year in doing a variety of things to help Miramar be successful.  The 6’5 sophomore is a versatile wing that performed a lot of the ball-handling and distribution duties, getting his teammates into the right sets.  He also proved to be a versatile defender.  At no time was his ability to step up more apparent than in Lakeland.  After a non-descript semi-final of four points and four rebounds in just eighteen minutes of play, Jean- Charles turned it up in the final, scoring 25 points and grabbing 8 rebounds to get the win and trophy.

Moses Moody, Montverde Academy: With three McDonald All-American’s on the roster, it was Moody that provided a lot of clutch moments for the undefeated Eagles.  A deadly shooter from the perimeter, Moody often balanced the floor and provided an outlet for when the defense collapsed inside.  He also became an effective rim attacker and dangerous offensive rebounder.  Defensively, Moody guarded a variety of positions, using his length, quickness, and take-no-prisoners mindset to make an impact on that end of the floor.