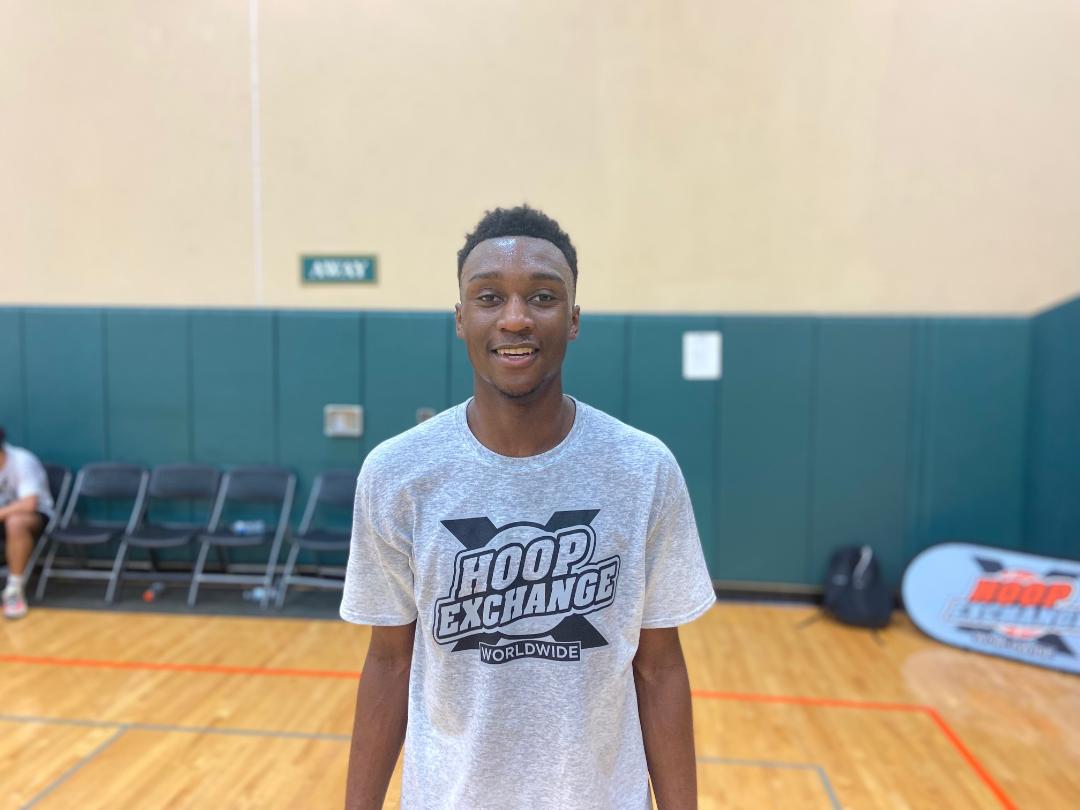 Jamie Phillips, Winter Haven: The 6’5 sophomore won’t blow anyone away with his athleticism (good, not great), but his hoops IQ is off the charts and he knows how take advantage of various situations and either score or find a teammate with a better shot.  Phillips uses his strong frame to ward off defenders when heading to the basket and his perimeter shot must be respected.

Casey Etienne, Fort Lauderdale Cardinal Gibbons: The 6’2 sophomore is a high-level athlete at the point guard spot.  He is very quick to the basket, generally makes good pass vs shot decisions on the move and has the ability to finish above the defenders and over the rim.

Justin Bandy, Ocala Trinity Catholic: A 6’7 freshman, Bandy is still growing into his body but exhibits a good understanding of the game and a solid set of skills.  He rebounds his area, doesn’t shy away from physical play inside, and can step out and make jump shots inside the arc.

Jesse Nimmo, Haines City: The 6’6 sophomore had a very good outing Saturday afternoon.  He displayed deep shooting range as well as the ability to get to the basket and finish with authority.  Nimmo has good ball-skills and creates space to get off his shot.  He is a good athlete and a guy that can grab misses at one end and push the ball up the floor on his own to ignite the break.

Jamier Jones, Sarasota Riverview: A 6’6 freshman, the game comes remarkably easy to Jones.  In a way, he was dominating without being overwhelming.  He shot the ball well from the perimeter, notched several assists, both in transition and when driving against a set defense, made tough shots through contact in a crowd and pursued rebounds at both ends of the floor.

Cameron Simpson, Orlando Central Florida Christian: The 6’6 sophomore has range well past the three-point line.  While a bit thin, he doesn’t shy away from physical play and will challenge bigger, stronger players for rebounds.  With his length, he can be a disruptive defender.

Amari Davis, Orlando Oak Ridge: The 6’8 freshman moves well for a player his size and age.  He scored well around the basket during four on four play, pursued rebounds, and changed shots around the basket.

Myles Mayfield, Orlando Timber Creek: A 6’6 sophomore, Mayfield is thin but very long, very athletic, and very active.  He gets off the floor quickly for rebounds at both ends, is fast in transition, and makes the most of his opportunities around the basket.

Matthew Selmon, Clearwater Academy: A 6’1 sophomore, Selmon shot the three ball very well, especially off the dribble.  He pushes the pace with the ball, and if denied the outside shot can get by defenders and score before the defense can adjust and rotate.

Joshua Lewis, Tampa Blake: A 6’6 freshman gem was unearthed in the second session of the day.  Lewis impressed not only with his length and athletic ability, he also showed off some surprising skills.  He shot the ball well off the catch behind the arc and also proved to be a capable straight-line driver when given the opportunity.  He had a couple of blocks that caught attention and he is fast up the floor in transition.

Tre Jackson, Auburndale: The 6’4 freshman definitely had more than his fair share of moments.  He scored off the dribble from behind the arc and then scored at the basket when the defense over-played him for his shot.  A good athlete, he was active on the glass and had a couple of blocked shots due to effort and hustle.

Zion Mitchell, Oviedo The Master’s Academy: The 6’2 sophomore had himself a very good afternoon running the point.  Showing a high-level ability to both score and notch assists, Mitchell made a lot of good plays and decisions when driving to the rim.  He connected on several deep threes which opened up the driving lanes for him.

Marko Pandiloski, Maitland Orangewood Christian: The 6’5 sophomore was arguably the best shooter in the gym on Saturday regardless of session.  He gets his feet set quickly, has good shot prep, and is ready to let the ball fly whenever it gets into his hands.  There was more than one time where he released the shot then turned his back heading up court, knowing the ball was in, and it was.  While Pandiloski had a couple of rebounds and scores on the break, it was his three-point shooting that made waves.

Isaac Celiscar, Winter Haven: The 6’6 sophomore, fresh off an appearance in the Class 6A semi-finals, showed up and balled out Saturday afternoon.  No matter the time and score, Celiscar always plays hard and that is something we can appreciate.  In an uptempo environment such as this, Celiscar excels as he has a lot of wiggle to his game.  He is quick with the ball to the rim, has excellent body control and is quick off of his feet to pursue second and third chance points.  Celiscar continues to show promise as a playmaker and a passer.

Ramone Seals, Tampa SLAM: The 6’5 sophomore has a strong frame and uses it well.  He finishes lobs in transition, overpowers defenders on the way to the rim, and outmuscles foes for offensive rebounds.  Seals is a good athlete and under-rated defender.

Valdez (V.J.) Edgecombe: The 6’3 sophomore from Gateway Christian in Miami gets extra-credit for playing and excelling against older players on Sunday.  Edgecombe proved to be a tough cover with his ability to knock down shots from the perimeter as well as blow by defenders to score in the lane.  He showed some good passing skills, an ability to rebound against taller opponents, as well as being an alert defender.