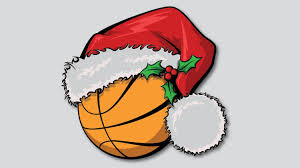 We took in six high-level holiday basketball tournaments over the past two weeks.  Here are some of our favorite performers from the Sunshine State.

Dontrell Jenkins, Alachua Santa Fe: The 5’10 junior is tough as nails and showed it at the Jim Haley Classic at Ocala Trinity Catholic.  He is very quick with the ball and gets to wherever he wants on the court.  Jenkins looks to get others involved but isn’t shy about getting points when it is crunch time.  He is crafty in his ability to get into the lane and either score with a floater/mid-range jumper or get to the basket.  Defensively he is a nuisance, gets a lot of tips, deflections, and steals, and is alert to surprise the opponent with a trap or double-team.

Gabe Hernandez, Miami Doral Academy: The 6’0 lefty senior was very impressive at the Jim Haley Classic. We caught him in the third-place game and he nearly carried the team to a win.  He exploded for 21 points in the third quarter alone, scoring in a variety of ways.  Hernandez is a dangerous three point shooter with his feet set, is strong with the ball when driving to the basket and makes good pass vs. shot decisions on the move.  He has a high hoops IQ, handles the ball well vs. pressure and has good instincts on the defensive end of the floor.

Alex Lloyd, Fort Lauderdale Westminster Academy: We caught the 6’4 freshman on the opening day of the Kreul Classic in Coral Springs.  He is a rare young player that not only has a high ceiling but also has a very solid ground floor to start from.  Thrust into a point guard position, Lloyd performed well, taking care of the basketball, initiating the offense and pushing the pace.  He excels in the open floor and when attacking the rim as he has excellent athleticism, body control, and touch around the basket.  His jump shot is solid from either side of the arc.  Defensively he is active, covers a lot of ground quickly, and moves his feet well when defending the ball.

Taylor Hendricks, Fort Lauderdale Calvary Christian: The 6’9 senior played well in his four games at the City of Palms Classic in Fort Myers, averaging fifteen points and eight rebounds a contest against national caliber competition.  A versatile big, he can pull big players out on the perimeter with his ability to stretch the floor with his jumper or he can post smaller players inside and score over them.  Hendricks is a good athlete that will get better in that department as he gains strength and physical maturity.  He rebounds out of his area, challenges drivers at the rim, and is alert to pick off lazy passes in his area.

Keyonte George, Bradenton IMG: The 6’5 senior seemingly made big bucket after big bucket at the City of Palms Classic.  One of the top three perimeter players in the 2022 Class, George effortlessly gets the ball in the basket.  His drives are fluid and graceful; his jumper picture perfect.  Just as important is that he is efficient and doesn’t need many touches to get his points. Generally he is solid with the ball in his hands and makes good decisions with it on the move.  Defensively he puts in the effort and disrupts opposing offenses with activity both on and off the ball.

Sam Walters, The Villages: The 6’9 junior dropped 30 and 13 in his first game at The Battle at The Villages.  Though we’ve seen heavy perimeter production from him in other venues, this time around his scoring was all on the interior.  Lobs, putbacks, and scoring in the post were all part of his arsenal.  Walters also proved to be a very reliable free throw shooter.  While a bit on the thin side he did rather well when came to dishing it out and taking it when battling big bodies inside.  Walters can also put the ball on the floor and score after one- to two-dribble straight-line drives.  He’ll challenge and block some shots on the interior and will come up with some steals or deflections if passes into his area are lazy.

Elijah Duval, Stuart Martin County: The 6’2 sophomore was arguably the revelation of the day during out time at the Kingdom of the Sun at Ocala Vanguard.  Stocky, strong, and solid, Duval made a living off the dribble, whether it was going hard to the hole and scoring in traffic or pulling up for contested mid-range jumpers.  It was clear early on that he was the Tigers go-to threat and he nearly willed the team to a win over an IMG Blue team that made the finals.  Duval would have had the Dunk of the Year had he not been (correctly) called for a charge as he came about a half-inch shy of jumping over the defender at the rim (think Vince Carter vs. Frederic Weiss in the Olympics.  That’s what Google and You Tube are for).  A power guard that plays bigger than his size, his strength and athleticism allow him to compete on the glass with taller foes like the 6’11 & 7’5 players on IMG Blue.  If that outside shot can get clicking, his recruiting level elevates much like he does.

Lathan Levens, Quincy Crossroad Academy:  While junior teammate Kris Parker gets the vast majority of the attention, the 6’0 senior Levens proved to be a more than capable second option for the Scorpions at the Kingdom of the Sun.  He dropped in enough shots from the perimeter to be dangerous but was especially adept at pushing the pace, getting to the basket, and scoring in traffic.  Levens is quite fast with the ball and constantly puts the defense on its heels.  While maybe not a creative distributor, he gets the ball into the right hands at the right time.  Defensively he is a pest, whether guarding the ball, digging at the ball in the post, or disrupting the passing lanes.

Nate Sasser, Riviera Beach Suncoast: The 6’5 junior showed his versatility on the final day of The Sun Bash in Tampa.  Thrust into the point guard role after standout sophomore Stone Bureau went to the bench with a hip injury, Sasser slid over and put up 14 points, 13 rebounds, 5 steals and 3 assists, with several more assists left on the table due to miscues by teammates.  Admittedly, Sasser didn’t shoot the ball well from the perimeter and it is clear that his scoring strength comes when attacking the basket.  Hopefully, that perimeter shot can improve over the course of the year and Sasser can become even more of a threat.  He has all the physical tools to be a high-level defender.

Cole Gingeleski, Tampa Alonso: The 6’11 junior had a solid showing at the Sun Bash.  He is a decent athlete that will only get better with additional strength and plays hard at both ends.  Gingeleski does a good job of controlling his rebounding area, challenging shots, and protecting the paint without fouling.  He looks to outlet the ball quickly and then sprint the floor.  He got little opportunity to show any kind of shooting range or an ability to score after setting ball-screens so that is something to watch for in the future.  Gingeleski is a decent passer out of the post and looks to get the ball to open three-point shooters or cutters in the lane.

Edgerrin James, Jr., Orlando Olympia: If such an award had been given, the 6’2 junior would have been at the beginning of the conversation for MVP at the Sun Bash.  Strong and athletic, James is tough to keep from scoring.  He can overpower defenders to get to and score at the basket or knock down jumpers with consistency on either side of the arc.  James plays with poise, is unfazed by pressure, and looks to get teammates involved both in transition and when attacking the basket against a set defense.  Defensively he can guard smaller point guards as well as taller “two” guards.  He has a high ceiling and high-majors are starting to take serious interest.

Daniel MacGregor, Clearwater Calvary Christian: The 6’0 sophomore was stunning at both the Jim Haley Classic and the Sun Bash.  He plays with swagger and confidence and gets results.  A deft ball-handler that explodes past defenders out of a change of direction dribble, MacGregor gets into the paint regularly and makes good pass vs shot decisions once there.  He can score from all three levels and is a reliable free throw shooter.  MacGregor penetrates with a purpose, looking to move the defense to get the best shot possible for himself or a teammate.  He is solid on defense as well, constantly harassing the ball and looking to trap or double-team at every opportunity.