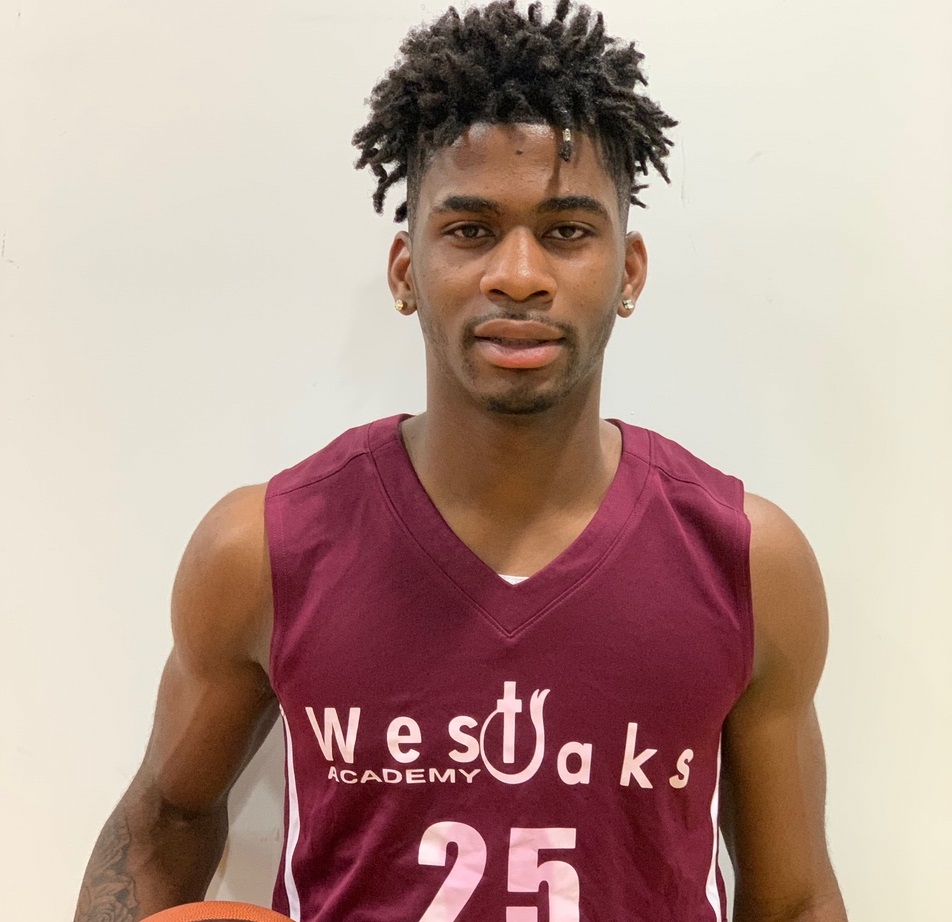 West Oaks Academy hosted The Rock School out of Gainesville in a Sunshine Independent Athletic Association game last night.  It would be the host Flame’s third game in four days.  What’s more, the team had spent the weekend on the road, beating a very good Combine Academy team out of North Carolina, 66-63, on Saturday and then did the near-impossible:  took down mighty Oak Hill Academy on Monday night, 86-81.  Oak Hill, at the time ranked #2 in the country, had not lost a game at home since…1998, a span of 22 years!  Having flown home to Orlando Tuesday morning, would West Oaks have enough left in the tank to avoid a season sweep at the hands of the Lions?

As the game began, it certainly didn’t look that way.  West Oaks was clearly out of sync with shots falling short.  The Rock grabbed an early lead but couldn’t make it more than a couple of possessions, leading just 7-4 after the first four minutes of play.  As the first half progressed, The Rock was able to expand its lead and with 7:30 left led by a score of 23-17.  At that point, Selton Miguel of West Oaks got on a roll, scoring nine consecutive points and tying the game at twenty-six with 5:45 to play in the period.  A three from Jadrian Tracey one possession later gave the home team their first lead of the contest.  In all, the Flame went on a 17-5 run over the course of 3:30 to lead 34-28 with four minutes remaining before the break.  The Rock would tighten up and not let West Oaks get any farther ahead.  At intermission, West Oaks led by the score of 42-36.

The six point margin stayed intact for the first four minutes of the second half.  At that point, West Oaks found another gear, going on a 13-2 run to push the score to 65-48.  That double-digit lead would be carried thru much of the remaining contest.  Things looked pretty much in hand for West Oaks and with two minutes left led 90-77.  Nine teams out of ten would have shut it down, but The Rock is that tenth team.  Over the span of a single minute, the Lions outscored West Oaks 8-2 to draw within seven, 92-85.  However, even with a thirty-second shot clock, there simply wasn’t enough time for the Lions to complete an amazing comeback.  West Oaks would hold on from the free throw line to win by a score of 103-91.

West Oaks was led by Miguel’s 23 points, a follow up from his 27 point performance against Oak Hill.  Tracey added 23 points while A.J. Neal tallied 19 and A.J. Staton contributed 17 points.

The Rock got a team and game-high 25 points from Kyle Duke while both Jordan Speer and Atraiel Washington each added 15 points.