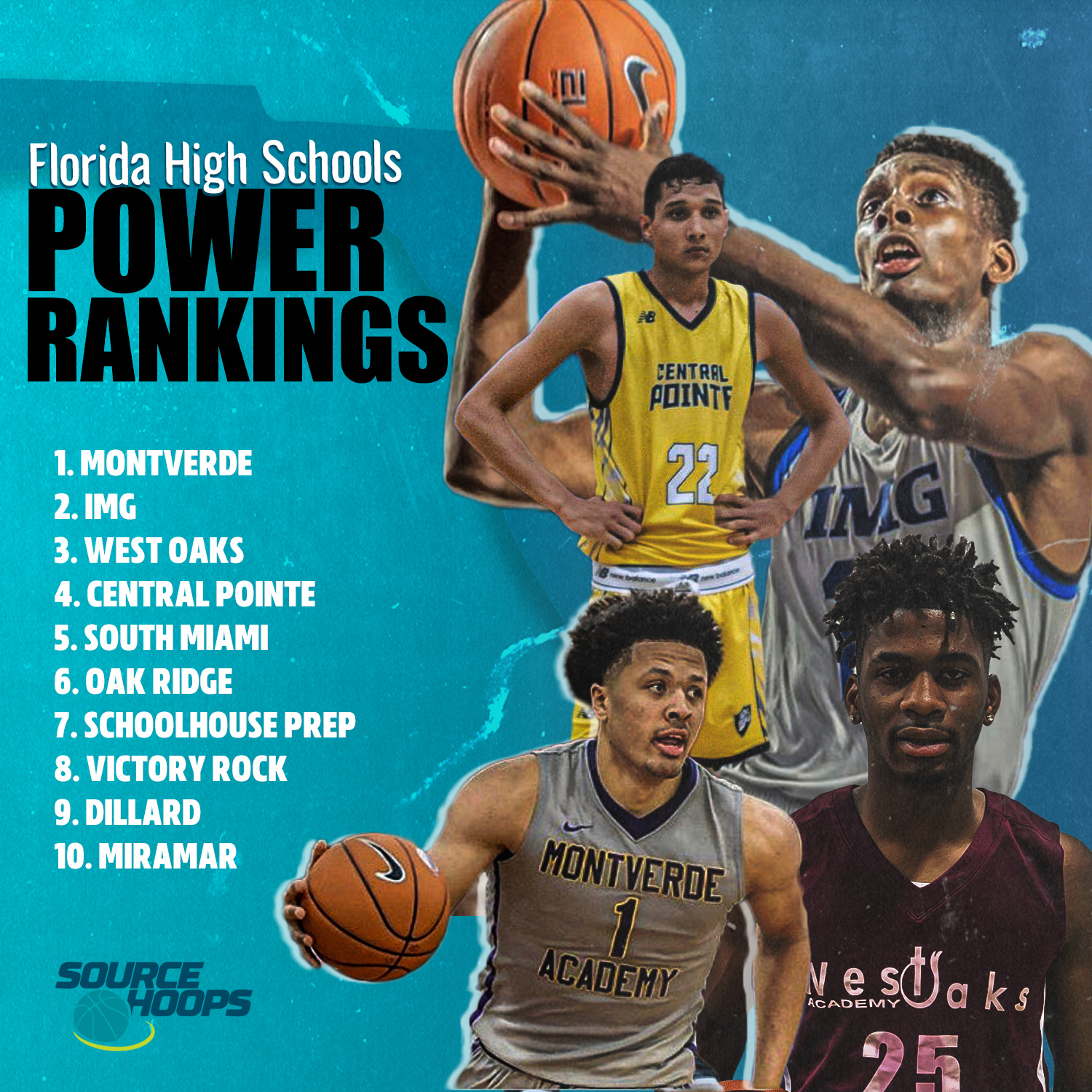 These are our Top 10 teams in Florida regardless of affiliation and classification as of games played through December 24th.

After winning the prestigious City of Palms Classic our choice of Montverde Academy (10-0) as the No. 1 team in the Top 10 Power Rankings comes as no surprise.  The Eagles were able to outlast No. 2 IMG Academy (7-2) 63-55 in the title game.

No. 3 West Oaks (9-4) have battled against some of the top teams in the country and fared well. Central Pointe Christian Academy (11-2) checks in at No. 4 going on a winning streak after suffering two early losses.  An SIAA re-matchup with West Oaks is on the horizon in two weeks for CPCA.

No. 5 South Miami (8-1) have been consistent.   The Cobras picked up some quality wins early in the season against very good teams.  Oak Ridge (7-2) comes in at No. 6 after taking care of business in Florida and producing a respectable showing in the Tarkanian Classic in Las Vegas.  No. 7 Schoolhouse Prep (5-2) is on track to compete against Florida’s elite programs.  However, The Pack will have its hands full in the Jr. Orange Classic in Miami over the next few days.

No. 8 Victory Rock Prep (9-3) knocked off No. 4 Central Pointe but suffered a close defeat to No. 3 West Oaks early in the schedule.  VRP will have plenty of opportunities to move up in the Power Rankings with games against tough SIAA opponents the rest of the season.

Rounding out the Top 10 are No. 9 Dillard (7-2) and No. 10 Miramar (11-1).  Both programs compete in the Florida High School Athletic Association (FHSAA).  The perennial powerhouse Panthers looked dominant against some of the top teams in South Florida early on but were edged by an emerging Boca St. Andrews and a fine-tuned Mountain Brook (AL) squad at the Kreul Classic. Head Coach Tramaine Stevens has the Patriots playing in mid-season form.  They won the Orleans Division at the Tarkanian Classic and their lone loss of the season is to Dillard.