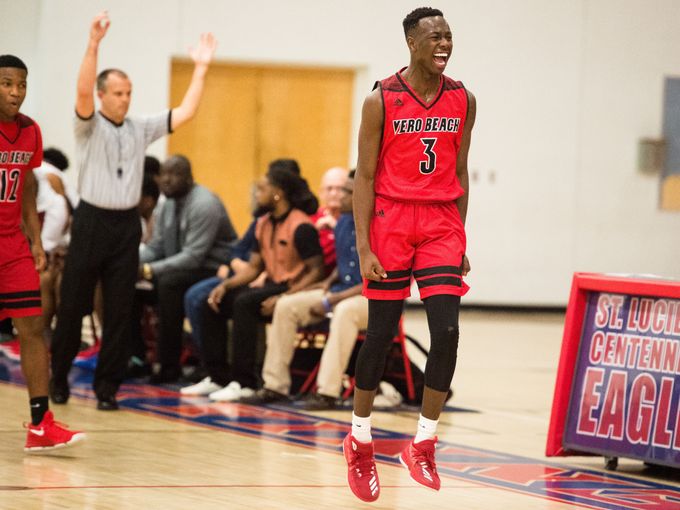 We finalize our look ahead at Thursday’s regional first round action in Class 7A thru 9A.

District Upsets: The only district semi-final loss was #25 Ocala Forest. A string of surprising district final upsets in this classification took place.  #14 Milton, #7 Port Charlotte and #3 Dillard all were sent packing to start the regional round on the road. Of those, the most surprising was Port Charlotte.  It was their first loss of the season to a team (Charlotte) they had beaten twice.

Toughest Region: We think Region 4, with five of the top thirteen teams in the classification, holds the most challenge for the eventual winner.  #2 Doral Academy is undefeated while #6 Norland or #13 Belen Jesuit and either #3 Dillard or #8 Boyd Anderson loom on the horizon.  Three of the four contests in this region on Thursday feature teams ranked in the top 25.

Best Opening Matchup: On paper, the game between Port Orange Atlantic (#11) and Auburndale (#10) looks extremely competitive.  Both have won 18 games and have similar strength of schedule ratings.  Auburndale sports more size but Atlantic is tenacious on the defensive end.

Best Chance for an Upset: There aren’t many candidates that jump out, but what about Port Charlotte on the road at Clearwater?  The Tornadoes have a much higher strength of schedule ranking so we’ll see if that is a help against the #7 team in the classification.

District Upsets: Orlando Edgewater, ranked #2 in the classification, falling to Ocoee in the semis of the district tournament may have been the biggest upset in the state regardless of classification.  #3 Fleming Island lost its district final as did #9 St. Petersburg.  Both must now go on the road to face ranked opponents.

Toughest Region: Region 2 has seven of eight teams ranked in the top 25.  #1 ranked Windermere will have a tough road to get to Lakeland and that includes an opening round game against a scrappy Oviedo Hagerty squad.

Best Opening Matchup: #5 Ely hosts #6 Palm Beach Lakes in a matchup that has become all too familiar in the last couple of years.  Some have said Ely is down this year but until Melvin Randall’s crew is ousted, the Tigers should still be considered a favorite to win the title.

Best Chance for an Upset: Lakeland has played a strong schedule all season.  Now we’ll see if it has prepared them well enough as they head down to Tampa to face a Wharton team that is 21-4 on the year and ranked tenth.  Also, keep an eye on Fleming Island at First Coast.  Fleming Island had lost only one game up until the district tourney final and would like nothing better than a chance at revenge and redemption.

District Upsets: Several stunners in this classification.  Biggest of all was #1 Apopka losing in the semis.  Santaluces (#16), Colonial (#18) and Piper (#21 were other ranked teams that didn’t make it into regional play.  #12 Miami Palmetto and #14 Timber Creek out of Orlando were surprising upset victims in their respective district finals.

Toughest Region: Region 2 has four teams in the top eight in 9A.  While #2 Oakridge deserves its favored status, it should certainly get challenged along the way.  A “rubber match” between Oakridge and Osceola would draw a packed crowd.  Osceola won at home in 2017 on its way to a state title while Oakridge returned the favor last season.

Best Opening Matchup: Palmetto was considered by many to be one of the main challengers for the 9A title at the start of the season.  Now they must go on the road to face a talented South Miami team.  This could be the most competitive game of the night in the class.

Best Chance for an Upset: Miami Senior is young with three sophomore starters.  Pines Charter has an edge in experience and could steal one on the road at “The Asylum”.

Wellington over Lake Worth