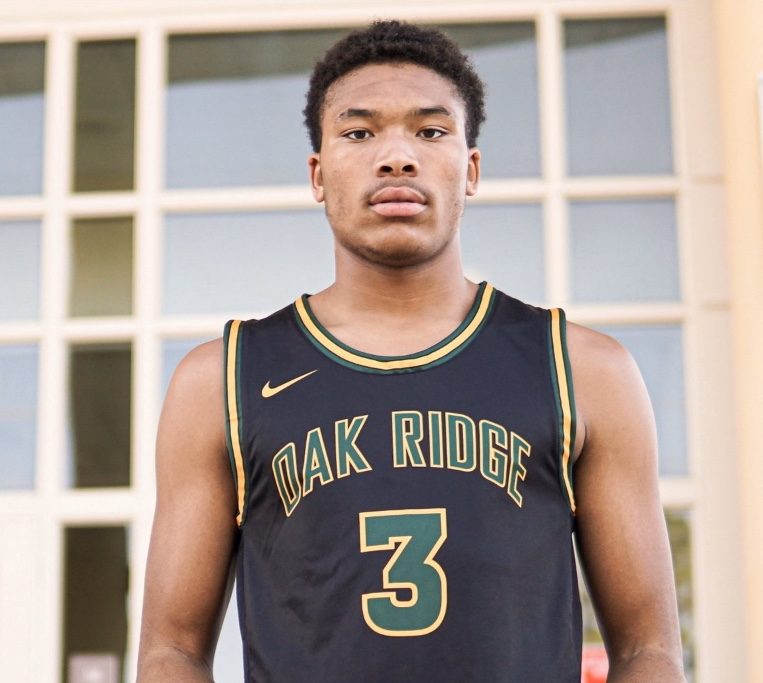 Jah Quinones, Orlando Lake Highland Prep: The 6’0 rising junior may not sport the “perfect body” but he is quicker than he looks and has a high basketball IQ.  Quinones has solid handles, great court vision, and quickly gets the ball to teammates when they are open.  He’s a steady perimeter shooter off the catch out to the arc.  Defensively, Quinones has a nose for the ball and does a good job of keeping opposing ball-handlers in front of him.

Anthony Robinson, Tallahassee Florida High: The 6’0 rising sophomore is a slender guard with a variety of scoring tools.  On Sunday, he scored from all three levels with consistency.  Robinson is quick with the ball and alert to get it to open shooters.  A quick penetrator, he does a good job of breaking down the defense off the dribble and making the right reads when it collapses to stop him.  Robinson has quick hands and feet on the defensive end causing several tips and deflections.

Jake Easterling, Tallahassee Chiles: The 6’3 rising sophomore was quite impressive with his ability to make long range jumpers.  Whether off the catch or creating off the dribble, Easterling connected with consistency well past the high school and even college three-point line.  He’ll need to get stronger and show that he is more than a catch-and-shoot specialist to raise his recruiting level but in this day and age where guys that can stretch the floor are at a premium, Easterling has the chance to be a hot commodity down the road.

C.J. Hawkins, Tampa Berkeley Prep: The 6’7 rising junior is a power wing that is built strong and punishes defenders going to the basket with the ball or when chasing down rebounds.  He continues to improve as a perimeter shooter but is still most effective at this point converting two or three dribble drives into points at the rim thru contact.  Hawkins is a strong rebounder with the ability to grab the ball off the defensive glass and push the pace on his own.  Defensively, he is active and aggressive.

Troy Boynton, Fort Lauderdale Westminster Academy: The 6’4 rising senior did a solid job running the point guard spot on Sunday.  He did well handling the ball versus pressure, made the right reads heading to the hoop and played with confidence.  Boynton has good size for the position and is a legitimate three-point threat.  Also a solid athlete, he works hard on the defensive end and is alert to make plays as a help-side defender.

C.J. Crews, Tampa Bayshore Christian: The 6’2 rising senior is a lefty scorer with range on his jumper and crafty finishes at the basket.  He often creates room for his perimeter shot with a step-back dribble move.  Crews has a strong frame and uses it well to overpower defenders on the way to the hoop.  He also uses his physical traits to compete and succeed on the glass against bigger opponents.

Dean Gabrelcik, Tarpon Springs East Lake: The 6’5 rising senior wing impressed with his ability to shoot the ball with consistency from the perimeter.  His rise and release off the dribble are quick.  While the jumper is his calling card, Gabrelcik is an above-average athlete and is a sneaky driver and offensive rebounder.

Rod Henry, Orlando Oakridge (pictured): The 6’5 rising senior is a high-level athlete that finishes well above the rim, both in transition and in half-court sets.  He excels when the game is up-tempo and he can get out in the open floor.  Henry is a streaky shooter from the perimeter and a solid two or three dribble driver and finisher at the basket.  He plays bigger than his size on the glass and on the defensive end.

Anthony Berruci, Orlando East River: The 6’2 rising senior has played the last few years at a small private school but will be attending East River for his final high school season.  The blond crew cut and burly frame belies the fact that Berruci has a high skill level and plays with a confident and aggressive demeanor.  In the game we took in, he repeatedly got to the basket and scored, knocked down open perimeter shots, found teammates for easy scores on the move and rebounded well for his size.  Overlook him at your own peril.