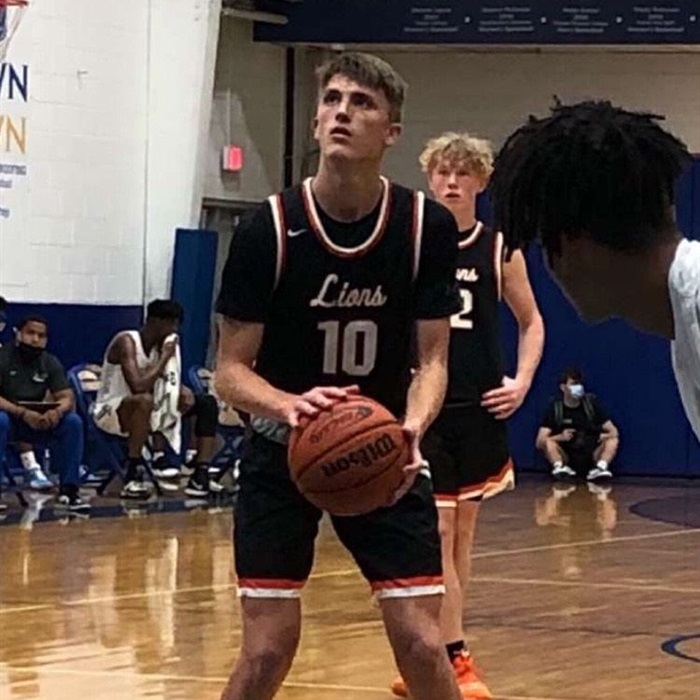 It’s Playoff Time!!  We travelled up to Lake Mary to catch the semi-finals of the Class 7A District 3 playoffs.  Already one upset occurred as in the opening round seventh seed Orlando Colonial dispatched second seed Winter Park.  Three of the four teams playing we hadn’t seen this season, so it was good to see some fresh blood.

Just less than a month ago, Oviedo defeated Seminole 75-67.  Oviedo entered the game with a 21-5 record while Seminole has been somewhat inconsistent but still sports a winning record of 14-8.  With the FHSAA’s “At-Large” system of filling out the regional playoffs, Oviedo is fairly certain of getting in based on their ranking while Seminole looks to be in the position of having to win the district title in order to make the regional round.

Oviedo got off to a quick 5-0 start but the good times didn’t last for the Lions.  Seminole dropped an 11-0 run on them, eight courtesy of senior Demari Henderson.  With 3:30 left to play in the quarter, Seminole was up four at 12-8.  Oviedo struggled to handle the half-court zone trap that Seminole thru at them and Seminole took advantage to score some easy baskets.  By the time the quarter had ended, Seminole was up by the score of 19-11.  It would have been worse if Oviedo’s Alex Harper had not drained a trio of threes in the period.

The second quarter was almost a mirror image of the first.  Oviedo again got out quickly, cutting the deficit to four at 19-11.  Seminole again replied with an 11-0 run and led by eleven, 26-15, with 3:30 left to play in the period.  Seminole was up by as many as fifteen late in the quarter but Oviedo closed out the quarter with four quick points off of a full court press to make the half-time score 30-19.

Seminole continued to use its speed and quickness advantage in the third, opening the period with a 7-1 run to lead by seventeen, 37-20.  Oviedo returned to a full-court trapping defense and it paid dividends quickly.  With 1:10 left to play in the quarter, the Lions had reduced the deficit to single digits at 40-31.  Sanford got the lead back up to twelve with a three but the Lions countered with a three at the buzzer to make the score 43-34 entering the final period of play.

Seminole continued to maintain its advantage into the fourth quarter.  Oviedo continued to extend its defense but Seminole had made adjustments.  Oviedo got to within six with 1:13 to play and looked like they might have a chance to steal the game.  However, time was more of an issue for the Lions than Seminole.  Seminole was able to hold off Oviedo from the free throw line to advance to Friday’s title game by the score of 65-61.

The Huskies of Hagerty come into the game sporting a record of 18-8 while the Colonial Grenediers sit at 11-12.  Just a week ago, Hagerty trounced Colonial by thirty-eight(!).  After eliminating #2 seed Winter Park, no doubt Colonial felt it was time for some payback!

Colonial scored the first points of the game but Hagerty scored the next ten.  Not only that but the whistle never seemed to stop blowing on the Grenediers and Hagerty was in the bonus with over two minutes left in the period.  Colonial did have one thing going for them: foul trouble on Hagerty’s scoring sensation Jah Nze.  Despite picking up two fouls in the first, he stayed in the game.  That decision didn’t look good as he drew his third foul on a questionable charge call with twenty-seven seconds left in the first.  With Nze having to play tentatively, Colonial was able to cut into the Huskie lead.  At the end of the first quarter the score was just 12-6 in favor of Hagerty.

Nze stayed on the bench in the second quarter but Hagerty was able to keep its lead.  With three minutes left until half-time, Hagerty was up seven, 21-14 and looked in control.  That wasn’t the case and the tide turned in favor of Colonial.  Hagerty began to turn the ball over and Colonial took advantage.  The Grenediers either scored on run-outs after those turnovers or found their target from beyond the arc.  They closed out the half with a 14-7 run to tie the game at 28-28.

Colonial grabbed the lead early in the third quarter.  Over the first four minutes, they put together an 11-3 run to lead 39-31.  On top of that, Nze picked up his fourth foul with just under five minutes to play and returned to the bench.  Colonial looked to have everything going its way but Hagerty was having none of that.  The Huskies were able to fight back and trailed by just three, 43-40, with one quarter left to play.

Nze returned to start the fourth for Hagerty.  He immediately tied the game with a three.  The Huskies switched their defense to a 1-3-1 half-court trap and this also yielded dividends.  Colonial began to force things which resulted in turnovers that Hagerty turned into points.  This produced a 13-5 run by Hagerty over the first four minutes of the quarter to give them a 53-48 advantage.  Later in the quarter, a steal and slam by Nze gave the Huskies a ten-point, 60-50, lead that Colonial would be unable to overcome.  Hagerty advances to Friday’s finals against Seminole by the score of 63-55.

Despite playing at most half of the game due to foul trouble, Nze still led Hagerty with 24 points, thirteen coming in the fourth quarter.  Ian Sallinger added 14 points and Walker Mitchell contributed 11 points.