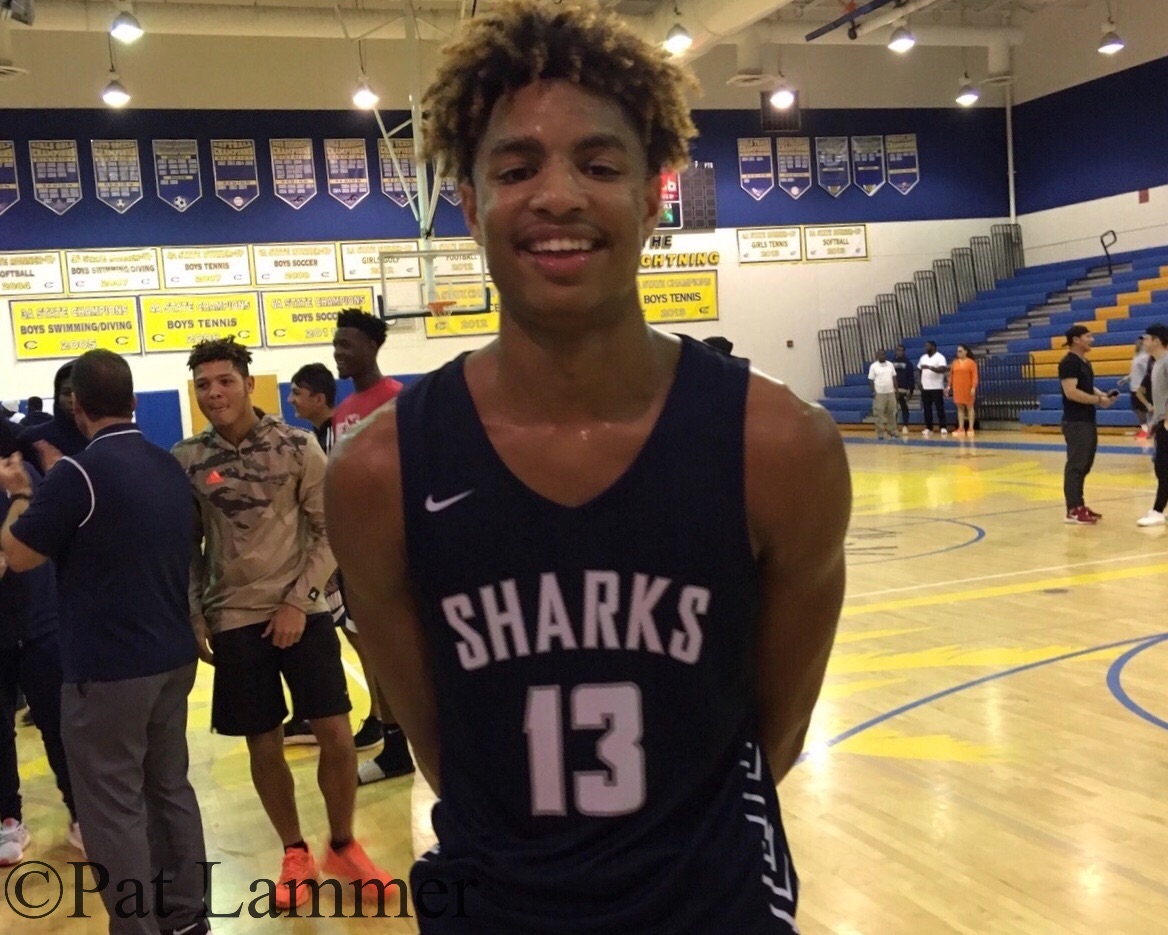 University School has won the past two FHSAA Class 5A state titles and advanced to GEICO Nationals. Stranahan, meanwhile, is coming off a Class 6A state championship.

Howard (pictured), the son of University of Michigan head coach Juwan Howard, connected on 10 of 15 field goal attempts as the Sharks improved to 6-0 on the young season.

“I just feed off my teammates,” Howard said. “My coach put me in the right position to score. They like to press up, man to man, stuff like that. So when we drive and kick it out, it’s open 3s all day.

“We knew it was a big game coming in,” Howard added. “We knew they were one of the best teams in Broward [County] so we just had to play our best and fight hard.”

University School led 20-15 after one quarter and 38-31 at the half. The Sharks would grab a 47-35 advantage midway through the third quarter, but the Dragons fought back to 55-53 on a free throw from Chayse Culpepper with 4:03 remaining in the game.

U-School, however, would finish out the game with an 11-2 run.

In other games at Cypress Bay, it was:

AMERICAN HERITAGE-PLANTATION 62, CORAL SPRINGS 50: Andrew Volmar, an FIU football commit, was clearly the difference in this one.

Volmar did not play the entire first half due to missing a couple of practices this week but came out on fire to score 18 second-half points for Heritage (3-1).

Springs played without a handful of players, including Jordan Smith and Greg Gordon.

All proceeds from the tournament go to the Jorge Nation Foundation.