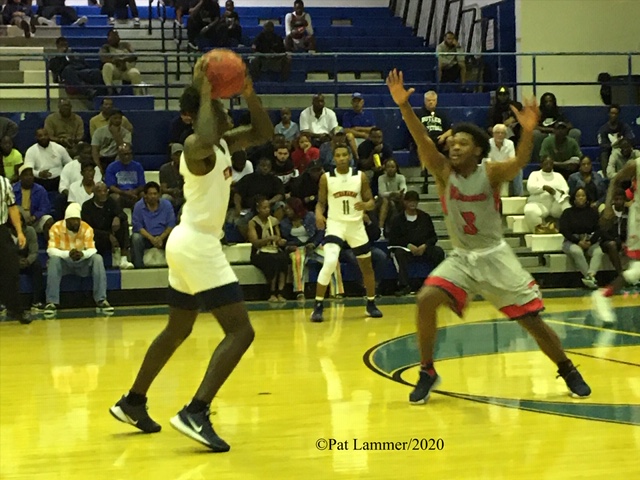 District Upsets: Tate, the top seed in District 1 and Lincoln, the top seed in District 2, both lost in their respective district finals.  Now they have to prove themselves on the road.  Milton’s win over Tate knocked Jacksonville First Coast out of a regional playoff spot.  In Region 2, Viera’s district title pushed Poinciana out of contention.  In Southwest Florida, Dunbar out of Naples was a surprise District 12 winner, pushing Land O’Lakes Sunlake out of the playoff picture.  Finally, in Region 4, Pompano Beach Ely fell one spot shy of making the playoffs.  It is hard to remember a time when Ely wasn’t a major factor to a state title.

Toughest Region:  Region 4, where any of the eight teams could win.  Don’t discount Doral just because Devin Carter is out due to a shoulder injury.  Both South Miami and Fort Lauderdale are top ten teams and have what it takes to go out and win on the road.

Best Opening Matchup: North Miami riding up I-95 to visit top seed Dillard is a rare top ten matchup in an opening round of regional play.  North Miami should be playing with a sense of urgency after losing their district tourney final and a chance to play at home Thursday night.

Best Chance for an Upset: In this classification, there doesn’t appear to be many options in this category.  Fort Lauderdale, rated #9, has to go on the road to play #11 Martin County.  Coming away with a win in the “House that Wallen Built” is always very difficult.

District Upsets: Only the district tourney winner was going to make it out of District 1, but doubtful anyone say fifth-seed Mandarin taking that spot.  In a very competitive District 3, top seed Ocoee fell to third seed Orlando Dr. Phillips and now faces the two-plus hour drive to Mandarin.  In District 4, Timber Creek’s win over top-seed Oviedo knocked the Lions out of the playoffs.  In Region 2, top seeds Orlando Oakridge, Kissimmee Osceola, and Bradenton Lakewood Ranch all lost in their respective district tourney finals.  Oddly, Oakridge and Osceola must go on the road to play a re-match of their district final.  Due to injuries, it wasn’t a surprise that Lakewood Ranch didn’t secure its district title.  Down south in Region 4, Miami Senior’s surprise district title and Palmetto’s surprise district finals loss kept Palmetto out of the playoffs.

Toughest Region: In Region 2, the eight highest ranked teams made the regional round.  That should make for some compelling matchups over the next week.

Best Opening Matchup: Kissimmee Osceola, rated #11, fell to #14 Windermere and now the two teams must play again to open regional round.  The district final was tight to the end.  Windermere won that one on the road and hopes that being at home on Thursday night makes things a bit easier.

Best Chance for an Upset:  We’ll go out on a limb and suggest that Winter Garden West Orange has the athletes to play uptempo with Sanford Seminole.  Likewise, Evans has the talent to turn the tables on Dr. Phillips in another district rematch.  Most of the other matchups in this classification seem pretty clear cut.