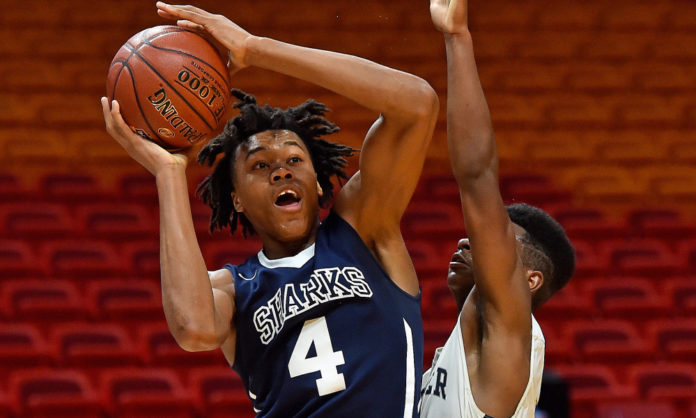 We did pretty well with our picks in the first round, going seven for eight.  Our lone miss was Riviera Prep taking out Palmer Trinity on the road.  Somewhat interesting is that all the district winners won at home except for Palmer Trinity.  The three matchups we identified as best games held true.  P.K. Yonge won by two at home over Providence; The Master’s Academy won by five over Tampa Prep at home and Seffner Christian had a real battle on its hands at home, getting by Santa Fe Catholic by just two.  Benjamin almost pulled off the upset on the road, losing by just three at Sagemont.

Best Matchup: P.K. Yonge on the road at Jacksonville University Christian should be one of the best games of the night regardless of class.  Both teams are quite even on paper but as we have seen in the playoffs, home court is a distinct advantage.

Best Chance for an Upset: Sagemont at home could give Westminster Academy a serious challenge.  The Lions are looking to get back to the prominence they had just a few short years ago.  Another game on upset alert is The Master’s Academy at Seffner Christian.  Remember, TMA made the finals in this classification last year and understands how to win away from home.

Seffner Christian over The Master’s Academy

Boom! 16-0 in our picks for this classification this past Thursday.  There were no upsets to speak of as Tampa Catholic, Melbourne Central Catholic, and Chaminade all won on the road as expected.  This time around, it won’t be “so easy” to pick the games.  There are a lot of good ones that will certainly put our “home court hypothesis” to the test.

Best Matchup: Five of the eight games are district final rematches.  The greatest game of intrigue to us is Oxbridge Academy going on the road to St. Andrew’s.  Against common opponents, St. Andrew’s has a 7-3 record with those three losses coming by a total of seven points.  Oxbridge’s perfect record will get a serious test Tuesday night.

Best Chance for an Upset: Booker T. Washington has a real chance of going on the road and defeating Westminster Christian.  They play a tough, gritty brand of basketball and won’t be intimidated by being on the road.

The Villages over Trinity Catholic

We came back down to earth with our 6A picks, finishing 13 spot-on and 3 oh-so-close.  Gibbs, Nature Coast, and Eustis all won nail-biters (closest margin: four points) on the road to advance.  Our Booker at Jesuit best-game nominee was an eight point win for Jesuit.  The closest game of the night was Bishop Kenney’s two point win over Westside on the road.  Palatka won by nine over Santa Fe as our best chance for an upset pick was anything but.  Maybe the biggest surprise was that eight of the sixteen games were double-figure blowouts.

Best Matchup: Palatka, ranked #8, comes calling on #2 Eastside in the marquee matchup of ranked teams.  Palatka has been to Lakeland each of the past two years and Eastside would like nothing more than to end that run and start one of their own.  Expect the Rams gymnasium to be rockin’ Tuesday night.

Best Chance for an Upset: Five of the eight games are district rematches.  The best chance for an upset might be Jesuit on the road at Lake Wales.  Yes, Jesuit is ranked higher, but no doubt the Highland community will turn out in force to make this a significant challenge for Jesuit.