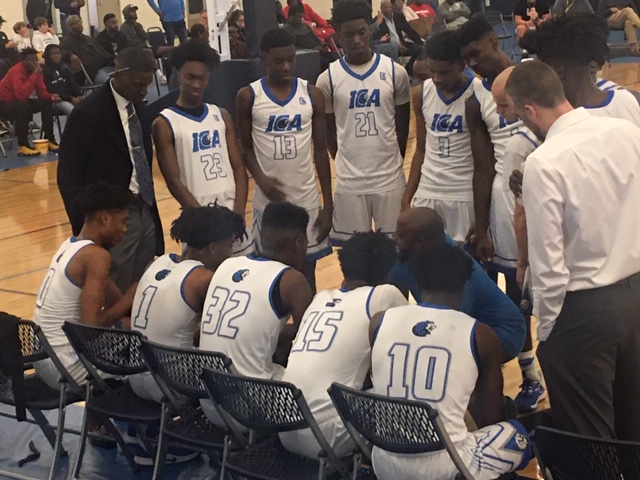 College basketball’s transfer portal has changed the landscape of recruiting as we know it.

NCAA programs — big and small — have taken to mining the portal to supplement their rosters with experienced, veteran players.

The big loser: that would be the high school ranks.

The recruitment of high- and mid-major prospects continues for sure. But frustrated high school coaches say there has been a noticeable change in getting many of their kids looks at the next level.

I talked with high school coaches from throughout the state of Florida. Here are comments from 10 of those coaches on the impact the transfer portal is having on high school recruiting:

“I think the transfer portal has also distorted the evaluation of high school kids. In some cases they are being compared to players that already have college experience.”

“The players that truly get hurt are the ones that are right [on the border] at the D-I level. They should be getting looks but won’t because of the landscape. This also hurts high school seniors who are looking to play at the collegiate level: if they are not on a well-known [travel] circuit team it kills their chances to play D-I. Even after a stellar career they have to take the JuCo route to get there. NBA teams scout the world for talent and get players from all levels. The NCAA is doing the same. But teams want to get older, more-developed players instead of straight out of high school.”

“I’ve been talking to coaches for two weeks — probably almost a dozen now. D-I, D-II and D-III. They all think recruiting high school kids, especially 2021, is going to be really slow for everybody but a few. The thought is most schools will go for a) multiple-year transfers b) grad transfers c) JuCos d) high school kids. Most also thought that if a 2021 kid gets an offer, they need to be prepared to say yes. Do their homework, take an unofficial or whatever, and say yes or no. Those offers aren’t going to stay good for long because a transfer is going to take that scholarship if you wait too long.”

“College coaches have decided to rely heavily on the transfer portal. This is very unfortunate for the class of 2020 prospects. At times it’s hard enough to get coaches to come see players. Now I’m afraid many seniors’ dreams of playing on the next level have been severely altered.”

“The battle for scholarships in the state of Florida is already one of the most competitive in the country. When you see the rankings of our Division-II schools, the best junior college conferences in the USA, and the lack of any Division III schools in the state, you are already facing an uphill battle. Take that and add to it the foreign players and enormous amount of players in the NCAA portal, and it creates the perfect storm. Are college coaches willing to risk their jobs on an 18-year-old freshman or a college-tested 20-year-old? That’s without even getting into the fifth-year college transfers. It’s a dogfight.”

“High school players need to know that just being better than other guys in high school is not good enough. Once you are a definite college prospect, it’s more important now to develop yourself for a role that will be immediately valuable as a freshman on a college roster. With the transfer portal being the priority, high school prospects should be taking a hard look at the early offers they get before more college players enter the transfer portal.”

“I think where you see the most impact of the portal is at the Division-II level. They can be so picky because they can wait on the D-I schools to finish filling out their rosters and recruit some of those low- to mid-tier D-I players to come to a D-II school and play instantly.”