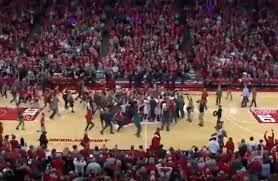 We continue our coverage of the Best of the Best Elite Florida Showcase with a look at the “Young Guns” from the Classes of 2024 and 2025.

Isaac Mothersill, Hollywood Chaminade: Though Mothersill wasn’t nominated to the Top 20 game, we feel like we saw enough from him to warrant mention.  The 5’9 freshman is quick and decisive with his ball-handling moves, repeatedly gets into the lane, and converts floaters over outstretched hands.  Mothersill’s perimeter shot has good form and fundamentals but needs more consistency.  In all, it wasn’t a bad outing for the first-year player.

Jordan Lanier, Clearwater Calvary Christian: The 6’1 sophomore plays a lot bigger thanks to a more-than-generous wingspan.  This allowed him to come up with some surprising blocks, both against perimeter shooters and at the basket.  Lanier also had an impressive run behind the three-point line, knocking down three deep ones off the dribble.  He should have similar moments this season at Calvary.

Lorenzo De Jesus, Kissimmee Central Pointe Christian: The 6’2 sophomore had quite the debut Sunday afternoon.  De Jesus showed a flair for getting to the basket and converting tough finishes in a crowd.  He was steady with the ball and played with energy and enthusiasm on every possession.  Like many others in this age group, the shot looks good but doesn’t always find its mark.  No doubt more reps will help solve that issue.

Christian Maxon & Christopher Maxon, Fort Pierce Central: The 6’0 freshmen twins appear to be ones to watch along the Treasure Coast over the next four seasons.  They play together with that sixth sense that most twins seem to share.  Each has solid dribble skills and make quick, decisive moves with the ball when heading to the basket.  What we liked most is how both brothers keep their head up and survey the court at all times when in possession of the basketball.

Josh Stallings, Jacksonville Providence: The 6’2 sophomore is part of a stellar 2025 Class at Providence and Stallings was impressive in the Top Twenty game.  He hit a couple of threes early and later showed his ability to get past defenders and score at the rim.  A good athlete both vertically and laterally, Stallings moves his feet well and contributes in the rebounding department, often securing misses when challenging bigger opponents.

Alexander Lloyd, Fort Lauderdale Westminster Academy: The 6’3 freshman was arguably the best player in attendance regardless of class.  His game is smooth with three level scoring ability and Lloyd just seems to have an advanced feel for the game at a young age. He stood out playing both on and off the ball, made good pass vs. shot decisions on the move and finished well above the rim when given the opportunity.  Lloyd should be a top one hundred player in the national class whenever those rankings appear.

Malik Abdullah, Miami Christopher Columbus: The 6’7 sophomore reinforced what we learned about him this summer.  With a non-stop motor, length, and quick hops, he pretty much controls the basket area at both ends of the floor.  Abdullah had more than a couple of “chase down” blocks and never seemed to tire when pursuing rebounds that were not secured after the first opportunity.  No doubt he will get better at the offensive end and he is already showing improvement on short drives to the basket and scoring in traffic.

Ibrahima Traore, Orlando West Oaks Academy: A 6’9 sophomore with all kinds of physical and athletic gifts, Traore was nearly unguardable playing in this age group.  It also helped that he had teammates focused on getting him the ball inside as he had a sizable mismatch against most every team.  Once he gets the ball inside, he is quick to put it up but his best shot maybe a missed one as he is lightning quick to grab a miss and put it back in for a score.  Traore is also fast down the court and often finishes the same break with a dunk that he started with the rebound.  As he gets stronger and more experienced playing down inside, Traore will be better able to deal with the physicality and multiple sets of hands that dig in to strip him of the basketball.  Defensively, let’s just say that no shot is a given if Traore is near the rim.

Gavin Dunn, Orlando West Oaks Academy: The 6’2 sophomore is athletic, fearless, and plays with a short memory, quickly advancing to the next play after any miscue.  He and Jordan Lanier got into an entertaining back-and-forth for a few possessions with Dunn scoring on a couple of loud dunks after drives.  While he was a solid 2-3 from beyond the arc, it seems Dunn clearly prefers to attack off the bounce.  Dunn is challenged every day by the talent that is at West Oaks, so he should progress quite rapidly in terms of skill and on-court production.

Sean Standifer, Wellington: The 6’4 freshman has a good skill level for a player so young.  He has good passing and ball-handling skills, finishes with either hand at the basket, and is quick to rebounds.  All of Standifer’s perimeter jumpers came off the catch and he has an unusual habit of stepping forward into his shot.  That should be an easy issue to correct and make his shot much more consistent.  Standifer has a good chance to be the Wolves go-to guy in the future.

Dwayne Wimberly, Jr., Fort Lauderdale Dillard: While we didn’t save the best for last intentionally, the 6’6 freshman was our favorite player of the day.  Play after play he demonstrated a high basketball IQ and nuanced understanding of how to play the game.  Wimberly handles the ball well enough to be a grab-and-go rebounder, sees the floor well and makes good passes on the move, and converts with regularity from eighteen feet and in.  Defensively, he showed a willingness to play physical on the interior and the lateral foot speed to defend on the perimeter.