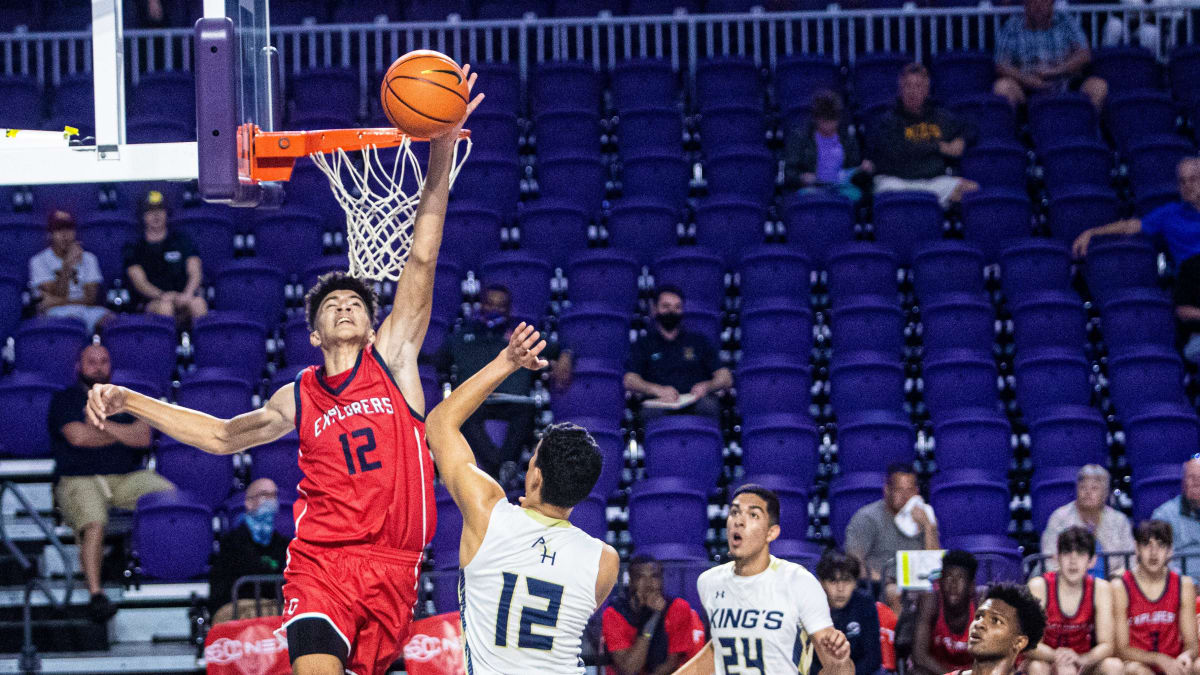 This trio provides the Explorers a lot of options at both ends of the floor.  Boozer is touted by some knowledgeable experts as the top prospect in high school regardless of class.  A very good athlete with an absurdly and exceptionally high basketball IQ, Boozer can shoot over or drive by bigger players from the perimeter and simply overpower smaller defenders inside.  He rebounds well in a crowd and is quick to outlet the ball to start the break.  He blocks shots without fouling and he does a good job of switching on the perimeter and defending smaller players.  Abdullahi is a bundle of energy, gets off the court quickly for blocks and boards, makes the most of his opportunities in transition, lobs inside, or offensive rebounds, and can harass ball-handlers on the perimeter.  Djapa, a native of Serbia, has the size to play inside but much prefers to play on the perimeter where he can launch his accurate jumper.  His size allows him to rebound and patrol the paint.

When so inclined, Carey is the most dominant interior presence in the state on the high school level.  He has a wide, solid frame, is nearly impossible to push off the block, and will overpower most defenders and score inside, go to the free throw line, or both.  He can make the 12-15 foot jumper, but that somewhat reduces his effectiveness at that end of the floor.  Constanza is very talented, both from a physical standpoint and a skills standpoint.  He has good size, length, and bounce, gets to rebounds out of his area and covers a lot of ground quickly on the defensive end.  Offensively he shoots and handles the ball well, is a dangerous three-point shooter, and makes good reads in ball-screen action.  Borio is a tough and fierce competitor on the inside.  He isn’t shy about playing physically at either end of the court, has a good touch inside, and can make shots from the short corner and high post areas.

James is a University of Georgia signee and is a good get for Mike White’s program.  A leaper with length, James gets to rebounds quickly at both ends, will challenge, change, and reject shots on defense, and can defend smaller players on the perimeter.  He is a potent straight-line driver and is effective on pick-and-pop ball-screen action with his ability to make shots past the arc.  Celiscar is a high-level athlete that does a little bit of everything.  He is best at scoring around the basket in transition, set-play lobs and offensive putbacks, but Celiscar will connect on a jumper or two to keep the defense honest.  Phillips is more of a point-forward type and he will bring the ball up the court and direct the offense a lot.  More power than finesse, Phillips will bully smaller guards on the way to the rim or down low.  He has good court vision and passing skills, getting his teammates the ball in the right place at the right time for easy scoring opportunities.

Waters, an Alabama signee, had a breakout spring and summer.  The lefty has a reliable perimeter shot and is surprisingly effective when putting the ball on the floor and going hard to the basket should the defense overplay or improperly close out.  Despite his lean frame, he battles well inside for rebounds and averaged a double-double last season while scoring over twenty points a contest.  The two freshmen don’t play like it.  Washington has an inconceivable amount of potential.  He plays with a high motor, isn’t shy about attacking the basket off the dribble, has a serviceable perimeter shot, and rebounds enthusiastically at both ends of the floor.  He can also effectively defend the post and the perimeter.  Weathers has good footwork inside and a soft touch in the post.  He can also step out and make perimeter shots should the defense give him too much room.  Weathers is also and adept shot blocker.

There may only be two of them, but Innocent and Bartelus are tough to match-up with.  Innocent is a good athlete but of the two he is more polished on the offensive end.  He can score in the post, drive or make shots from the short corner and high post areas, and relentlessly chases down offensive rebounds.  Bartelus is an explosive run/jump athlete, beats the defense down the floor in transition, gets to rebounds quickly, and usually outworks his opponent through sheer force of will and effort.