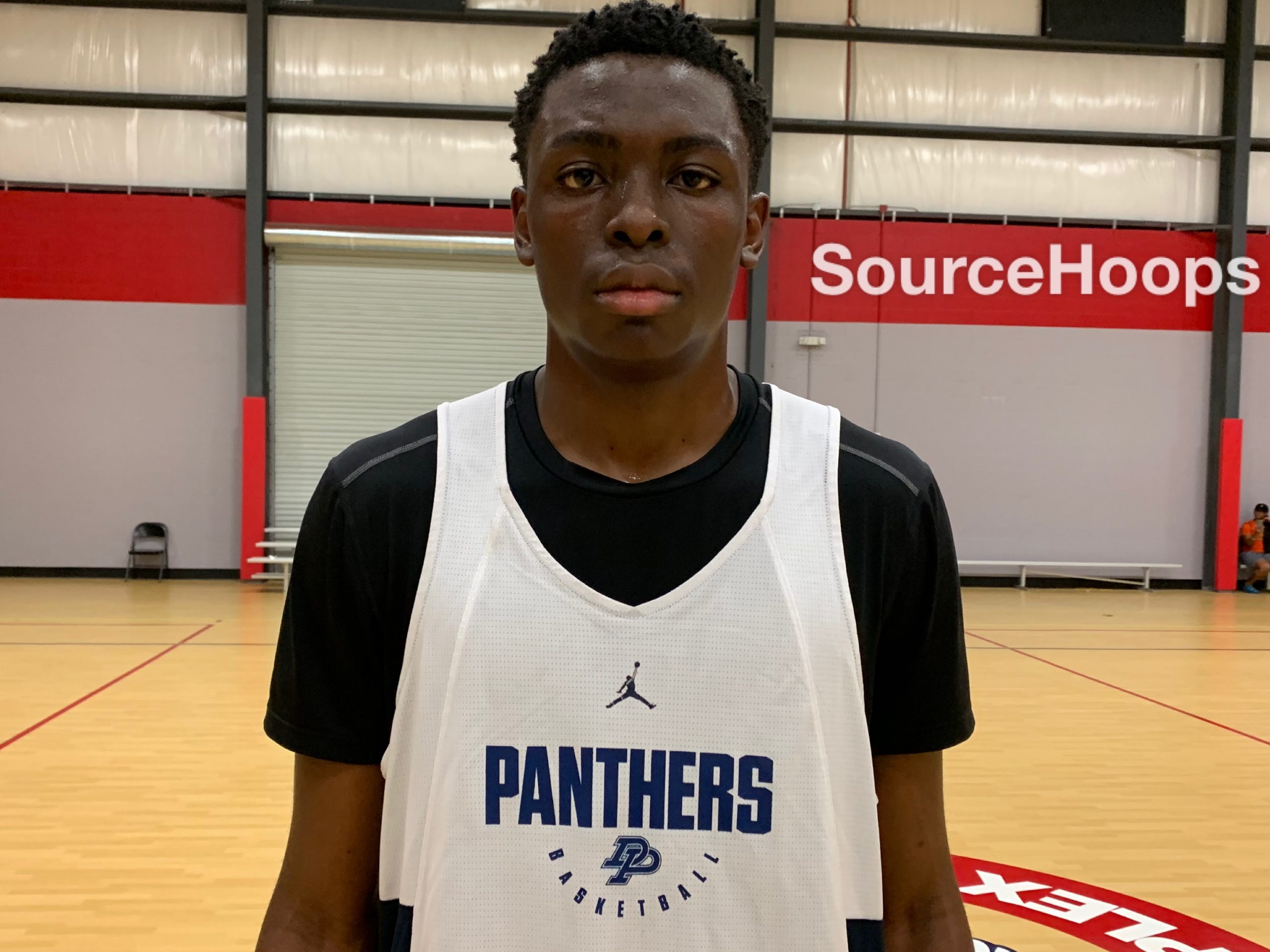 Never let it be said that Scott Williams and his Blue Darters aren’t up for a challenge.  After playing two games Friday night against IMG and Montverde, the squad was back at it at 9AM for a game against always-tough St. Pete HS.  Zach Anderson, a 6’7 senior and FGCU commit, did a little bit of everything for the team.  He defended just about every position on the floor, handled the basketball, hit open shots on the perimeter and got to the basket and score.  Another key to the Blue Darters basketball future is the play of 6’0 junior guard John Lattimer.  Continuously pushing the pace, he kept the defense on its heels with his ability to get into the lane and make good decisions.  His jump shot has improved and he is also a dogged defender.  One to keep an eye on is 6’4 freshman Cameron Jones.  He’s not polished by any means but he’s got a lot of athletic talent and plays with energy.

“DP” is a storied program in Central Florida that has fallen off a bit the last couple of years.  This group looks like it could get the Panthers back on track.  Senior guard Laye Thiam, 6’3, shoots the ball with great accuracy from distance.  He is a fine athlete and a player that can score at the rim over the defense if not played honestly.  Thiam has some length to him and is an active defender.  Backcourt running mate Denzel Aberdeen should a big boost to DP this coming season.  The 6’1 sophomore is a point guard that can score as well as distribute.  This will allow Thiam to concentrate on scoring without the burden of running the offense.  However, the main piece to the DP puzzle will be the play of 6’8 sophomore Ernest Udeh (pictured above).  An active rebounder and shot swatter on the interior, Udeh allows his teammates to be aggressive perimeter defenders.  Right now, he scores best on putbacks and lobs, but he has time to advance his offensive skills.  He already holds an offer from USF, so don’t be surprised if other high major schools start to take notice.

The parochial school out of Lakeland has a bunch of athletic talent and there were times both Saturday and Sunday that they looked like they could be one of the better teams in the state regardless of classification.  While not blessed with a bunch of size or depth, Santa Fe’s first five is a load to handle.  Ray Davis, a 6’1 senior, sets the table for the others with his ability push the pace, penetrate the defense, and connect on shots from the perimeter.  Joe Stubbs, a 6’3 senior, has almost-unmatched run/jump athleticism.  He’s a terror in transition, helps out on the glass, and makes enough jumpers to be respected.  Another key player on the perimeter is 6’3 senior Antwan Walker.  With a quick first step and an even quicker trigger on a jumper that is accurate past the three point line, he presents the defense with a tough decision as to which offensive weapon to try and take away.  Jovan Bell, at 6’5, is the tallest player on the squad, but like the rest, the senior is a high-end athlete that is best when attacking the rim.  With all four players able to attack the basket, it is left to 6’3 Brian Elliott to be the receiver of kick-outs when the defense collapses.  He does a fine job in that role, knocking down open threes with consistency.

A lot is expected from this group of Crusaders as, not only do they have most everybody back from a team that made a deep playoff push last year but those players have talent.  Arguably the most impactful member of the roster is Johnni Broome, a 6’8 senior that commands the lane area.  A high volume rebounder, Broome scores well in the post and has the ability to move away from the hoop and make shots or find cutters for easy baskets.  Kobe Knox, a 6’4 senior, pulled some double-duty this past weekend as both the primary ball-handler and perimeter scorer.  He struggled with his shot in the one game we watched but he switched to attacking the basket via the dribble and found some success that way.  Senior Alijah Harrison (6’5) and Isaiah Elmore (6’7) have been in the program since their freshman year and do various things to contribute to winning.  While neither are big scorers, both rebound, defend, and make the most of their opportunities to score in transition or half-court sets.

Little was known about St. Pete this coming season but after watching an early morning Saturday game, the Green Devils will go as far as their three-headed perimeter monster will take them.  Deon Early, a 6’2 senior guard, plays with a high level of confidence and is always in attack mode.  He is quick with the ball to the basket and finishes well in traffic.  Ray Perry, a 5’10 junior, is a bulldog on both ends of the floor.  A very good three point shooter, Perry is surprisingly quick for a player with his sturdy build, and has no qualms about pushing the pace and making the game an up-tempo affair.  Rivers Lenholt, a 6’4 senior, has come over from St. Pete Catholic in order to elevate his recruiting profile by playing tougher competition.  A highly-regarded perimeter shooter, Lenholt showed Saturday that scoring at the rim was also a component of his offensive arsenal.

Bottom Line: Lakewood will go as far as 6’9 senior Jamille Reynolds wants to take them.  The UCF commit has the physical gifts of size and strength, as well as excellent run/jump athleticism, to be a dominating force on the floor.  He has nice touch around the rim and his jump hook over his left shoulder is a potent weapon.  Let’s just say that sometimes he has to be coaxed to play at a level that matches his talent.  Oteman Delancy, a 6’3 junior, continues to improve his all-around skills and the lefty contributes both as a distributor, defender, and scorer on drives to the rim and in transition.