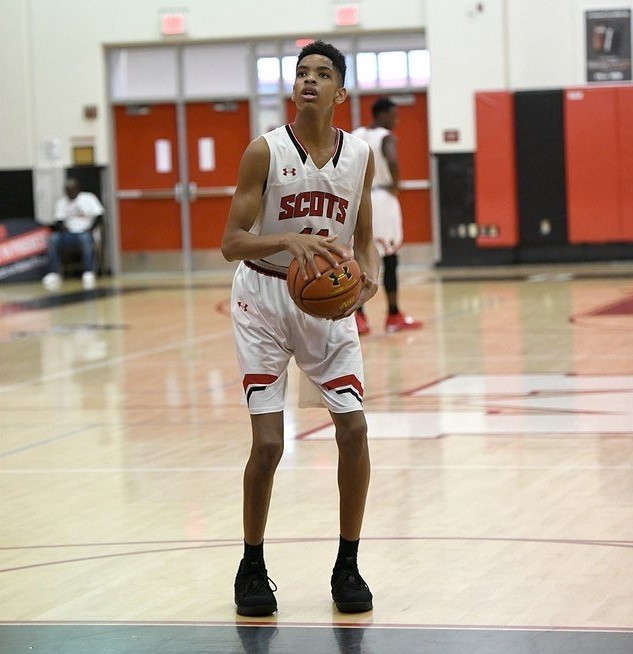 This “revised” version of Class 3A is arguably the most challenging classification in the state.

St. Andrew’s has a great chance to finish on top once March rolls around.  It starts with 6’9 senior and Yale commit Yussif Basa-Ama in the middle.  A long and athletic big, he impacts the game at both ends of the floor.  He has developed a respectable mid-range shot to go along with a reliable jump hook inside.  He’ll get help on the perimeter from Devin Hines, a 6’3 junior who has shown a reliable stroke from well past the arc.  Another junior, 6’7 Josh Minott, is arguable the team’s best player, with his ability to play multiple positions and create mismatches.  The path to Lakeland isn’t easy with the likes of Lakeland Santa Fe Catholic, Melbourne Holy Trinity, Clearwater Calvary Christian and Westminster Academy looming as possible roadblocks.  Still, it’s conceivable that St. Andrew’s has what it needs to be the last ones standing at the end.

Jackson reached the Class 5A title game last year.  Guard play will be a key, but with the likes of 6’5 senior Logan West and 6’8 junior Marquez Rey, to go along with four other players 6’6 or taller, pounding the glass and protecting the paint shouldn’t be an issue.  Likely challengers in region one will be Tallahassee Florida High, neighboring Providence and Central Florida stalwarts The First Academy, The Master’s Academy, and Windermere Prep.  Seffner Christian was a Class 4A finalist a year ago, and returns two big guns in juniors Mike Trigg and Willie Jones.  Their district is challenging with the likes of Tampa Prep and Berkeley Prep while regional opposition will most likely come from Clearwater Calvary Christian.  Chaminade out of Hollywood features 6’9 senior Andre Weir, a Northeast University commit, as well as 6’7 senior John O’Neil.  The backcourt of 5’9 Dax Kaye and 6’1 junior Thaddeus Franklin complement the inside pieces well.  Riviera Prep, SLAM Academy, and Westminster Christian are most likely to be in line to knock off Chaminade in the regional round

With a big frame and soft touch, Weir dominates inside if left to single coverage.  When the double-(or triple-) team comes, he’s very adept at spotting the open man and quickly getting him the ball.  Weir is also quite effective in ball-screen action and can either scoring rolling to the rim or stepping away and making mid-range shots.  He may not be the swiftest big down the floor or have the most bounce, but he dominates his rebound area and is a physical presence in the lane.

Minott had a breakout spring and summer and provides St. Andrew’s with a multi-dimensional player to take the pressure off Yussif.  He can and will play all four positions but center, but it wouldn’t surprise if he took on that role should Yussif spend time on the bench.  West, a 6’5 senior, is strong and physical.  He’s perimeter skills are developing nicely, but he is still at his best when attacking the basket, whether it be on drives or on the offensive glass.  Trigg had an exceptional sophomore campaign in leading Seffner Christian to last season’s title game and only elevated his status with a great spring and summer in the Under Armor Association 16U.  Stubbs is an explosive guard that can score in bunches quickly.

CCC earned this spot with a near upset of SIAA power West Oaks during the Hoop Exchange Fall Festival.  West Oaks was at full strength too, so this version of Calvary is for real.

Karnes, may be only six feet tall but he’s a baby-faced assassin when he steps on the court.  Long known as a knock-down three point shooter, Karnes proved time and again this summer and fall that he can get to the rim and score as well.  He’s solid with the ball and makes good decisions on the move.