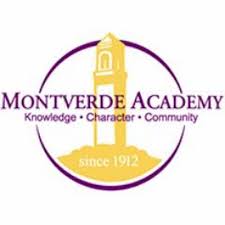 Last season, the Eagles went wire to wire as the top high school team in the country.  They will start this season in that same place but nearly all of the cast that went 35-0 have moved on to the collegiate level.  The lone holdover is 7’0 senior Balsa Kaprovica.  The FSU signee has size and skill and will see time on the perimeter as he can knock down shots from beyond the arc.  It will be interesting to see how the new players in the program mesh together this coming season.  Precious Achiuwa, a 6’8 senior is a top ten player in the class.  He has an excellent combination of strength and athleticism, scores well around the basket and is a superb rebounder.  Omar Payne, a 6’9 senior signed to Florida, is a staunch rebounder and shot blocker.  At some fall events he was knocking mid-range jumpers, a good sign.  Harlond Beverly, a 6’4 combo guard, is athletically explosive and a lethal on-ball defender.  He’ll get every chance to lead from the point guard spot.  A trio of juniors, 6’5 Cade Cunningham, 6’5 Moses Moody, and 6’5 Justin Powell will all be part of the backcourt equation.  Cunningham has an excellent feel for the game, a high basketball IQ and the ability to play various positions.  Moody is an outstanding perimeter shooter, a solid defender, and another versatile performer.  Powell scores equally well from all three levels and has shown a knack for creating opportunities for his teammates.  Add in a trio of “young studs” in Dariq Whitehead, Ryan Nembhard, and Caleb Houston, and it’s clear the Montverde once again is as talented as any team in the country.

IMG Academy welcomed some tall and talented transfers to go along with a couple of solid holdovers from last year.  The result is a squad the can legitimately challenge Montverde.  The returning backcourt tandem of 6’1 junior point guard Noah Farrakhan and 6’6 Josh Green will be one of the best in the country.  Farrakhan played up and well in the EYBL this past season while Green was a top performer on the Under Armor circuit.  Jaden Springer, a 6’5 junior, 6’9 senior Jeremiah Robinson-Earl, and 6’10 Armando Bacot will round out a seriously talented starting five.  Robinson-Earl is committed to Villanova while Bacot is a future UNC Tarheel.  West Oaks has a plethora of talent at its disposal and will unleash a cadre of perimeter players to push the tempo and force turnovers.  At the top of the list is 6’1 senior Tyrell Jones, who is headed to Auburn next fall.  Speedy 6’0 senior Jordan Smith and solid 6’5 junior Selton Miguel will look to take advantage of the fast pace and get easy baskets in transition.  Seniors Alic Troutman (6’7) and Marvens Petion (6’6) provide size and length.  Sophomores J.J. Harris and A.J. Neal will provide instant offense off the bench.  The Rock School returns four starters from last season’s SIAA state champion and have added 6’9 FSU commit Zimife Nwokeje, giving the Lions an opportunity for another state title and some national recognition.  Senior point guard B.J. Greenlee is an excellent conductor of the team on the floor and 6’9 sophomore Lynn Kidd is already on the radar of many high major programs.

Best Player: To Be Determined

Last year, it was an easy call to name R.J. Barrett of Montverde the top player.  This year, with the influx of talented transfers, it really is a coin toss.  Achiuwa of Montverde is the highest ranked player of the group at this stage, but any number of his teammates or the studs at IMG could have a banner season and stake their claim as the top player.  There are a lot of guys to choose from; just no right answer.

It would have been very easy to simply list the top five ranked players (Achiuwa, Bacot, Robinson-Earl, Kaprovica, and Green) and move on.  However, its best to get some variety and putting the likes of Jones, Nwokeje and Caston on the list does just that.  All have been discussed but Caston, a 6’2 guard that scored nearly fifteen points a contest in the EYBL this past season.  He’s best when attacking the basket but has shown noticeable improvement in his perimeter shooting since the end of July.

VRP lost some very notable players to transfer in the off-season.  However, after watching the team play in the SIAA Krossover series, they have the bodies, athletes, and skills to make it a rough night for anyone they play against.  6’2 senior Kolton Mitchell has improved a great deal as an on-court leader and facilitator while 6’7 freshman big Prince Monsengo proved he can compete effectively against the “big boys”.

The 6’7 senior does a little bit of everything for DME.  A physical and rugged defender, he controls his rebounding area and hedges aggressively on ball-screens.  Offensively, he’s a good passer and perimeter shooter for a big man.