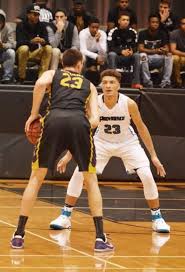 Westminster Academy is on a rare run of success.  Looking to make a fourth straight trip to Lakeland, this version of the Lions will be more balanced on both ends of the floor.  While they will certainly miss Zach Scott (graduation) and Dudley Blackwell (transfer), the backcourt combo of senior Sam Griffin and junior Chase Johnston will be able to carry the squad on most nights.  The addition of 6’10 center Goran Malkovich gives the team an inside presence on offense and defense that other teams in this classification can’t match.  Challenges within the region should come from district foe The Benjamin School out of Palm Beach Gardens and a re-vamped Sagemont program.  Westminster will also get quite a challenge from contenders from other regions should they get to the final four.

Region 1 will be a slugfest as Gainesville P.K. Yonge in district one and Bishop Snyder, Providence, and University Christian, all Jacksonville schools in district two, have the talent and depth to represent at the state tournament.  Providence returns the most from a team that lost a tough one on the road to P.K. Yonge last year and they have both the motivation and best player in the class to get them thru the region.  Carrollwood Day returns the state’s leading scorer in Malcolm Whitlow as well as sharpshooting teammate Edgar Zieglar.  Those two will need to be at the top of their game to get past the likes of Tampa Prep, Oviedo The Master’s Academy, and Lakeland Santa Fe Catholic.  Florida Christian and SLAM Academy, both out of Miami, each lost their top player to transfer, making this region a little more chaotic and tough to pinpoint which team has a leg up on the competition to get to the state tournament.

The 6’5 senior has the strength to play inside and overpower opponents in the lane but also the skill level to play on the perimeter and make plays that way.  He’s a good passer and will most likely see a lot of time as a point forward that initiates the Providence offense.  Last season’s averages of seventeen points and almost nine rebounds a game, to go along with 44% shooting from behind the arc, only begin to tell the story of how valuable his contributions are to the success of the program.

Whitlow averaged more than thirty points a game last season.  He might need to average at least that much to get Carrollwood out of regional play.  Not only is he a tremendous scorer, he’s also solid in finding teammates for open looks and distributing the basketball.  Griffin has been on the radar since his freshman days at Miami Norland.  He’s got an effective pull-up jumper from almost anywhere and defensively doesn’t slack off.  After spending a season at The Villages, Smith returns to P.K. Yonge.  His presence gives the Blue Wave a real chance to return to the final four.  Lubarsky is a strong-bodied 6’6 forward with a velvet touch outside and crafty moves in the post.  At this level, he is a tough match-up.

Joe Fenlon is one of the top coaches in the state with more than 700 wins.  A young team last year, Tampa Prep is a year older and a year wiser.  Senior Jaren Phillips, a 6’5 wing, has the talent to carry the team a long way come playoff time.

Last year as a junior at Lake Mary Prep, Darling averaged just over 25 points a contest.  Now paired up with noted guard guru Reggie Kohn at The Master’s Academy, Darling should be able to showcase a more versatile game.