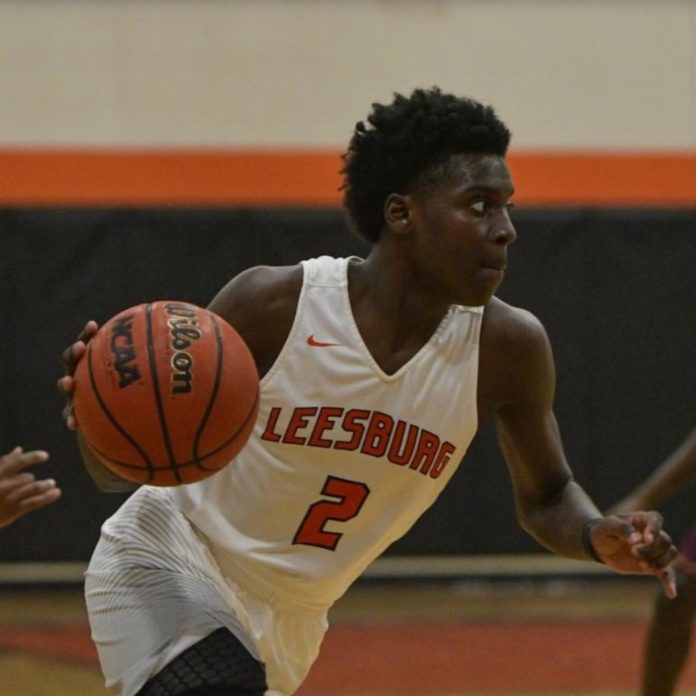 Last year’s Pioneers team was one for the ages in Central Florida.  They finished #8 nationally in the FAB 50 Poll and featured the Jordan Brand Classic MVP in Emmitt Williams.  Despite losing four starters off that squad, Oakridge has re-loaded and are a favorite grab another state title.  One big reason is 6’8 senior C.J. Walker, a top twenty recruit that created quite a buzz on the EYBL circuit this past spring and summer.  Kaleb Coleman, a 6’7 wing, will provide help with scoring and rebounding.  A pair of seniors, 6’5 Niven Glover and 6’3 Emmanuel Adedoyin, make for a dynamic and athletic backcourt that will take the pressure off Walker.  This group can be as good as they choose to be.

The Buccaneers surprised a lot of people with a run to the regional final last season.  Many players return for the team, most notably seniors John Brown, a 6’8 forward, and Rodney Rhoden, a 6’4 wing.  Brown is more perimeter-oriented than one would expect, but he’s a dangerous pick-and-pop scorer and beats most opponents down the floor in transition.  Rhoden is very athletic, finishes above the rim, and is active on defense.  Running the show is 5’10 junior Jordan Sears, a transfer from Atlantic where he started on varsity both his freshman and sophomore years.  He does a great job of pushing the pace, makes good decisions with the basketball on the move, and puts a lot of pressure on the opposing ball-handler.  It would be a surprise if Mainland doesn’t at least get as far as it did last year come playoff time.

Despite being in only its second year of existence, Windemere has a great chance to be one of the better teams in Central Florida this coming season.  Playing with no seniors last season, the team finished third in a tough eight team district.  Senior Dakota Rivers, a 6’8 senior forward that has committed to Florida Gulf Coast, holds down the inside thanks to his length and leaping ability.  He’s scores well from mid-range and in and gets a lot of points off lobs and in transition.  He will be helped by 6’6 junior Eric Canavan who showed this summer that energy and effort equals production at both ends of the floor.  Sophomore point guard Tre Moss played well last year as a freshman.  Dante Love, a 6’3 transfer from Dr. Phillips, is a combo guard that will no doubt elevate everyone’s play.  It’s a tough district and region to get through but Windemere certainly looks to have the tools to do just that.

Scott Williams continues to put together a very solid and successful program in this north Orange County community.  This season, he’ll trot out a trio of wings that will make life tough for opponents and give the Blue Darters a leg up on the opposition in trying to get to Lakeland.  Nathan Louis, a 6’5 senior, had a good showing this travel season with Team MOAM.  He’s the ultimate slasher but his perimeter shooting is vastly improved.  Louis plays bigger than his size and gives great effort on both ends of the court. Fellow senior Keeving Etienne, also 6’5, is a long athlete that makes his impact on the defensive end as well as rebounding the ball and getting out and finishing in transition.  Finally, 6’6 junior Zach Anderson fills a variety of roles for the team and could see some time running the offense.  The district competition will be fierce as usual but if the Blue Darters can get through that, the route to Lakeland is much easier.

The two-time defending champion in Class 6A, Leesburg was pretty much dominant in its run to the title last season.  The offensive punch of departed seniors Cordrayius Graham and Keon Ellis will be difficult to replace, but the Yellow Jackets are known for using their suffocating defense to create offense.  Lance Irving, a 6’2 senior guard, will have double duty as the primary scorer and offensive distributor this season.  He seemed adept at both when we saw Leesburg in the Fall Festival.  This proud program expects to challenge in the playoffs every year and it should be no different this time around.

All five starters are gone from last season’s juggernaut.  In fact, there are only two seniors on this year’s OCP team.  However, this program has been a dominant private school power for more than a decade and that doesn’t look to change this season.  If the record isn’t impressive as the season progresses, don’t be concerned; OCP will be ready for the post season.

Four of five starters return for CFCA from last season’s state semi-finalist.  However, all-everything Deante Tracey will be difficult to replace, and the team faces a tough schedule.  Senior 6’4 wings Jordan Preaster and Anterrius Washington will look to elevate their scoring averages while 6’1 senior Bryce Street will do his best to score as well as facilitate.  Lake Wales Vanguard and Lakeland Victory Christian will provide a challenge in the district.  CFCA’s experience from last season should give them an advantage.

Ever since Reggie Kohn left OCP to take over this program closer to his home, The Master’s Academy has become a solid private school program in Central Florida.  He’ll miss Jose Placer and some other guys that spent time in the program that got them to the state title game last year, but don’t feel sorry for TMA.  Blaize Darling, a 6’1 senior, averaged 25+ a contest last year at nearby Lake Mary Prep.  He’ll get a chance to do that and more for TMA.  The road blocks to the final four include Santa Fe Catholic out of Lakeland in the district as well as Tampa Prep and Tampa Carrollwood Day in the region.

MDC has been a strong program in Central Florida for several years.  Their challenge has always been that there was another team in its district or region that had just a bit more talent and/or size which would keep MDC from reaching Lakeland.  That may still be true this year as Orlando Christian Prep looms large in their path.  However, 6’2 senior Taylor Trudeau and 6’0 sophomore Rodney Bryant make for a potent backcourt duo and the team’s experience could give them a chance to get past OCP this time around.

Last season’s champs in Class 1A, Wildwood shouldn’t see much drop-off in its on-court success despite a lot of losses to graduation.  Last year’s semi-final hero, 6’1 junior Marcus Niblack returns, and his scoring skills alone are enough to get Wildwood past the majority of its Class 1A brethren.

C.J. Walker, Orlando Oakridge: The 6’8 senior elevated his status from borderline top 100 recruit to a player that could be part of the McDonald’s All American Game come March.  His physical gifts of length, leaping ability, and overall athleticism combine with a relentless motor and burgeoning perimeter game to make Walker a tough matchup.  He was named MVP of the Class 3A state championships the past two years for Orlando Christian Prep.  Walker would love nothing more than to do the same thing for Oakridge this season.

Tre Mann, The Villages Charter: A top forty recruit in the Class of 2019, the 6’4 Mann is a University of Florida commitment.  He’s a gifted scorer with great range on his shot but many national scouts raved about his ability to run the point and make plays for others while playing for E1T1 this past travel season.  Near the end of last season, he dealt with a knee injury and it supposedly hampered him all spring and summer.  Now fully healed and running alongside another point guard in Terry Ivey, Mann should put up all sorts of scoring numbers this coming season.

Niven Glover, Orlando Oakridge: Both this summer and last, Glover toyed with the idea of transferring from the Pioneers.  Fortunately for both, he never did, allowing him another shot at a state title.  An explosive athlete, Glover electrifies in transition and lobs to the rim.  His outside shot continues to improve and he seems to have realized that he can jump over most defenders and knock down shots inside the lane.  Defensively, he has the length and foot speed to be disruptive.

Isaiah Palermo, Kissimmee Osceola: A starter since his freshman season, Palermo has experienced a lot of success at Osceola.  He’s solid in all aspects of the game and has been known to run some point if teammate Josh Martine has to go to the bench.  The 6’5 senior has a high basketball IQ and seemingly makes the right play and just the right time all the time.

Hunter Cattoor, Orlando Bishop Moore: Team MOAM was highly successful this past travel season and Cattoor was a big reason why with his ability to play either guard spot.  As a point guard, he sees the floor well, makes good decisions on the move and delivers easily caught passes.  Off the ball, he’s a deadly shooter from all three levels and doesn’t shy away from challenging defenders at the basket.  For “old school guys”, Cattoor is a pleasure to watch.

#1 JR: Kario Oquendo, Titusville Astronaut: The 6’4 Oquendo is dynamic in the transition game and relishes any chance he can to get to the basket.  A streaky perimeter shooter, Oquendo continues to work on that aspect of his game.  He’s a threat to grab a defensive rebound and go all the way to the other end for a score, usually an emphatic one.

#1 SO: Michael James, Wekiva: The 6’4 James has completely re-vamped his game.  Once considered just a strong-bodied athlete, he’s become very much a basketball player.  His perimeter shooting is more than respectable and his ability to get thru traffic with the ball is much better.  James still uses his athleticism to great effect on the boards and defensively but he doesn’t rely on it as much as before.

#1 FR: Louis Smith, Orlando Oakridge: The Pioneers have a lot of talent but Smith will definitely see quality minutes this coming season.  At 6’5 and bouncy, he competes well against older and bigger opponents.  His skills aren’t bad and Smith isn’t afraid of a defensive challenge.

Senior Sleeper: Michael Gavin, Lake Mary Prep: A 6’0 guard, Gavin was very impressive at the Fall Festival last month.  Combining crafty ball-handling with changes in speed and/or direction, Gavin often leaves defenders clutching at air.  He’s a dangerous shooter from deep, both off the catch as well as the bounce.