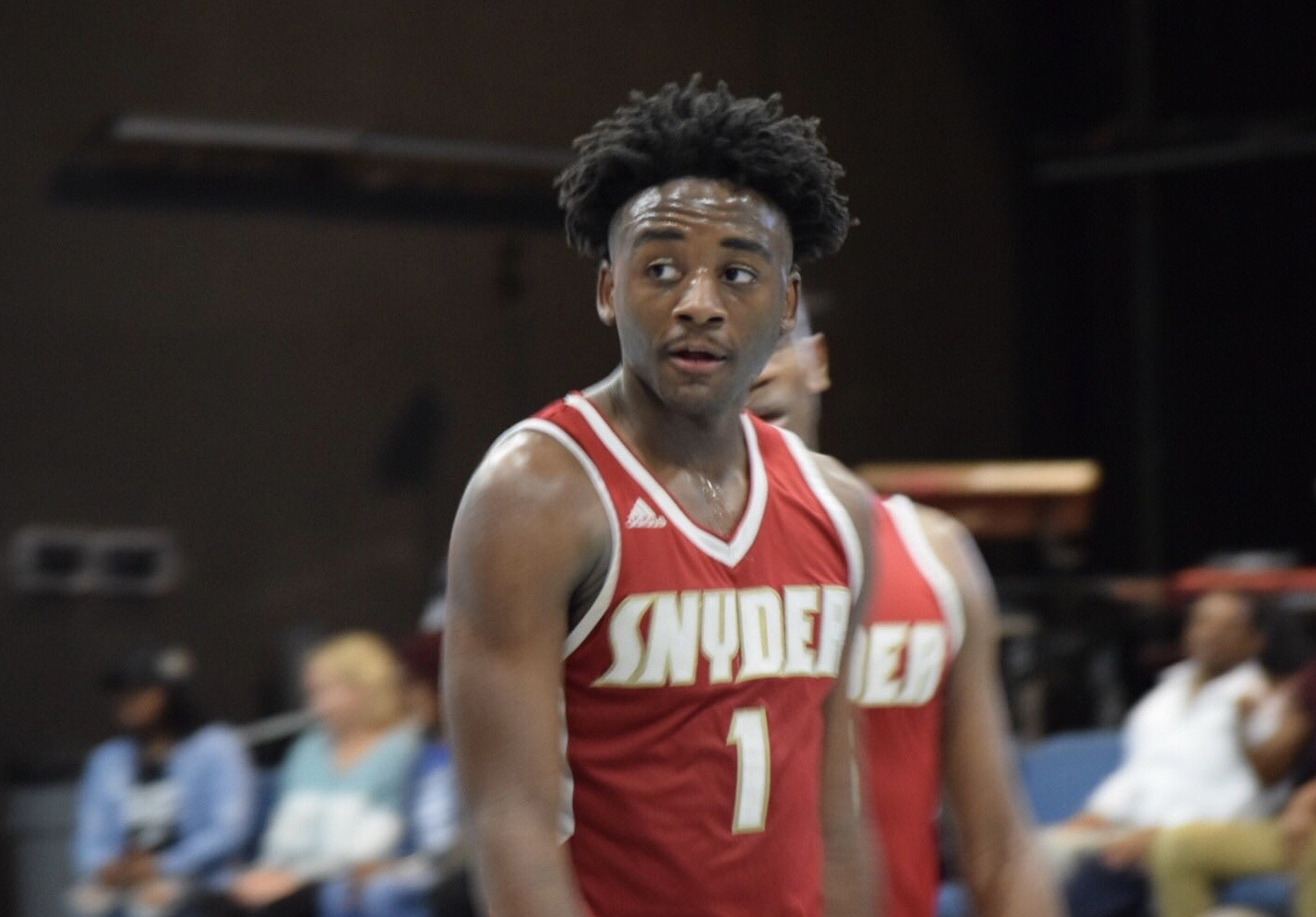 Gyasi Powell is one of the better kept secrets in the northern half of Florida.

The Jacksonville Bishop Snyder 2020 guard is tucked away on an 11-13 squad. But the 6-foot-2 Powell has excelled for a Class 3A program with an excellent strength of schedule of 10.52.

In his two most recent outings, Powell put up 32 points and 11 rebounds Tuesday in an overtime loss to top-35 Impact Christian and 31 points, 5 rebounds and 5 assists Saturday in a victory over Class 1A-No. 1 Wildwood.

Powell is athletic, has a good basketball IQ and can score in bunches from deep. He’s also recently had 32 points in a W over Atlantic Coast, scored 22 against small-school power North Florida Educational and had 17 points against Andrew Jackson.

“I think he’s one of the guys that’s really under the radar here in the city,” head coach Russell Powell said. “He is a top-5 scorer here in the city of Jacksonville. He’s been playing pretty well for us all season.”

Coach Powell said college coaches will like the fact that he is not just a scorer. He leads his teammates every day.

Gyasi has been invited to play in the North Florida All-Star Game.

“He’s getting a lot of college interest right now,” coach Powell said. “Not a lot of offers right now. But he’s a kid I think — toward the end of the season — a lot of coaches are going to look back and say, ‘wow, this kid really had a strong season and played a really, really tough schedule.’ ”

Jacksonville Impact Christian (13-6) has earned a No. 4 ranking in Class 2A. Coach Ben Jones praises the impact of 6-2 senior Antonio Williams.

“He’s taken a huge leap this year,” Jones said. “He’s taken on more of a leadership role as well. He’s led us a lot of games in scoring and rebounding.”