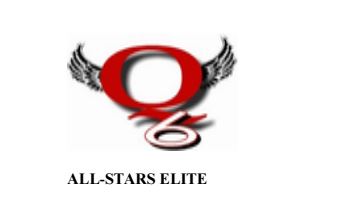 We caught up with Willie Anderson, Head Coach and Program Director for Q6 All-Stars Elite to talk about his expectations for the team this upcoming travel season as well as to get an insight about the players on his roster.

“We return four players from last season and believe they will set a solid foundation for those that are new to the program”, said Anderson.  “These guys are hungry and ready to compete in front of college coaches.  Each has the talent and ability to play at the next level and I think if they defend to their potential and put into practice what we preach in our workouts, we should be very successful, both on the scoreboard and the recruiting trail.”

A three-man rotation will protect the paint and provide interior scoring.  Gary Jones, a 6’10 junior from Tampa Sickles, Josh Berenbaum, a 6’7 junior from Clearwater Calvary Christian, and 6’6 junior Harry Sosa from Kissimmee Central Point will shoulder the load.

“Jones has only been playing basketball competitively for a couple years”, says Anderson.  “He works hard to improve every day and has developed a reliable shot from the perimeter.  Berenbaum is active on the glass, is a physical defender, and does all the little things that need to be done to win.  Sosa is a double-double candidate every game.  He’s a crafty scorer around the basket, has a nose for the ball on the offensive end, and can pose matchup problems as he can get by bigger guys on the perimeter or take smaller players inside and score.”

“Golden give us additional length on the perimeter”, Anderson stated.  “He takes the ball hard to the basket and can defend multiple positions.  Holloman is a tough, glue guy that impacts the game in ways college coaches will appreciate.  Wynn should have a break-out spring.  He’s athletic, finishes well at the basket, and can really defend.  Harper was a big part of Lake Nona’s run in the regional playoffs this past season.  He’s a solid floor general that can score.  Allison stretches the defense with his ability to consistently make shots from behind the arc.  If overplayed, he can take the ball to the basket and score.  Smith is a solid guard that makes heady plays and keeps the offense moving.  Powell is a good shooter that scores well from different levels.  He can run the offense as well if needed.”

During the April Live Period, Q6 All-Stars Elite will participate in the On The Radar Hoops Sweet Sixteen event in Atlanta and then Jerry Mullins’ High Profile Shootout in Dallas.