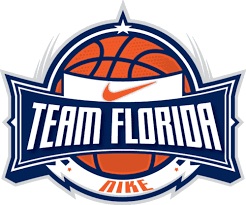 In 2017, Nike Team Florida achieved the rare feat of taking a group of sophomores and playing well enough in the EYBL to earn a Peach Jam invite.  Now, one year older and more experienced, NTF is looking to achieve more than just a spot in the EYBL Championship in Augusta come the first live period of July.

“Our goal is to compete for the Peach Jam title”, stated Nike Team Florida’s Ed Hall.  “We have a group of guys that have proven what they can do on a national level, both on the EYBL circuit and with their respective high schools.  Individually it is a talented group but with the chemistry developed last year we should have a leg up on most teams.”

“Carey has proven to be the top player in the Class of 2019 heading into the spring”, Hall said.  “He led his high school team to a #2 national ranking and was the only underclassmen named to the USA TODAY High School All-American first team.  He dominates the paint and has the skills to step away from the basket and score.  Gordon has already committed to Wichita State, and his style of play will fit perfectly there.  He plays hard, has a lot of energy, and is fully engaged when he steps on the court.  Mitchell was injured much of the season few have seen how good he really is.  He’s got length, can play multiple positions and has a high basketball IQ.  Mitchell played up on the 17U circuit last year with All-Ohio Red and was a key piece to their 13-3 EYBL record last year.  Beaubrun has good size and hands.  He should be a factor coming off the bench for us.  Barnes has just exploded onto the national scene as he earned the MVP award at the City of Palms this past season, the first sophomore to do so.  He’s a member of the USA Basketball program and arguably the player in the 2020 Class.”

In the backcourt, Kyle Sturdivant, a 6’0 junior from Norcross (GA) returns.  He will be joined by 6’2 junior Logan Alters from Fort Lauderdale University School, 6’2 junior Byron Smith from The Villages Charter, 6’4 junior Malcolm Farrington from Believe Prep, and 6’0 sophomore Noah Farrakhan from Bradenton IMG Academy.

“Sturdivant plays both guard spots equally well”, Hall states.  “He helped lead his team to the title game in Georgia’s largest classification this past season.  A proven leader and winner, Sturdivant scores and distributes equally well and is solid on the defensive end.  Alters does a good job of playing within his skill set.  He takes care of the basketball, hits open threes, and comes up with a lot of 50/50 balls.  Smith plays with a warrior mentality.  He is able to defend multiple positions, is athletic, and a solid shooter out to the three point line.  Farrington is a strong guard that shoots the ball well from beyond the arc.  He will help to stretch the defense.  Farrakhan, just a sophomore, is fast and creative with the basketball.  He’s athletic and often makes difficult plays look easy.  Most impressive are his leadership skills and calm demeanor for a player at his stage of development.”

Hall said, “In my 15 years with NTF this is the most talented group we’ve had from top to bottom. The coaches, Head Coach Adrian Sosa and Assistant Coach Jim Carr, have this group playing together and playing hard.  Practice is fun to watch.”