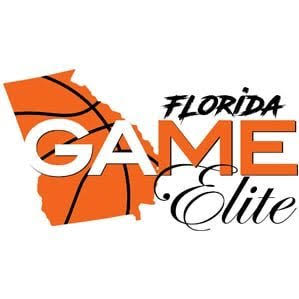 Game Elite Gold Florida plays on the Adidas Gold Gauntlet circuit and is based in Jacksonville.  This group was one of the better teams on the 16U circuit last season and is looking for big things in 2019.

“We have the talent to win the Gauntlet this season”, stated Co-Head Coach Russell Powell, who along with Co-Head Coach Vince Martin runs the team.  “We return six players from last season and this group understands what it takes to win.  They are hungry and ready for another run at a Gauntlet championship.”

Corey Walker, a 6’8 wing from Jacksonville Bishop Snyder, has already committed to the University of Tennessee.  He’ll be joined in the frontcourt by 7’0 junior Walker Kessler of GA Woodward Academy, 6’10 junior Ebenezer Dowuona out of GA Heritage School, and 6’8 sophomore Ernest Ross from Alachua Santa Fe.

“Walker is a tremendously versatile player”, Powell said.  “He can play and defend any position, 1 thru 5, on the court.  He also scores from all three levels.  Kessler is a national top twenty prospect.  At 7’0 he can stretch the floor with his shot and he has a very high basketball IQ.  Dowuona is a long and athletic big that plays with great energy.  He blocks shots, rebounds, runs the floor, and scores well around the basket.  Ross will open a lot of coaches’ eyes.  He is skilled for a guy his size and age and has plus length and athleticism.”

Powell goes on to say, “Sanders is an all-around player that scores inside and out and defends multiple positions.  Shaheed is a strong and athletic guard and may see time at the point.  He finishes well at the rim and is a good passer.  Smith is our “x-factor”, our catalyst.  He’s an excellent athlete that makes plays all over the floor.  Carter is a strong and athletic scorer.  He puts a lot of pressure on the defense which opens up opportunities for his teammates.  Wittmore is savvy and a great floor leader.  He is also a tenacious on-ball defender.  Sazant is one of the better perimeter shooters on the squad.  Greene plays with a great deal of energy, is a tenacious defender, and knocks down shots from beyond the arc.”