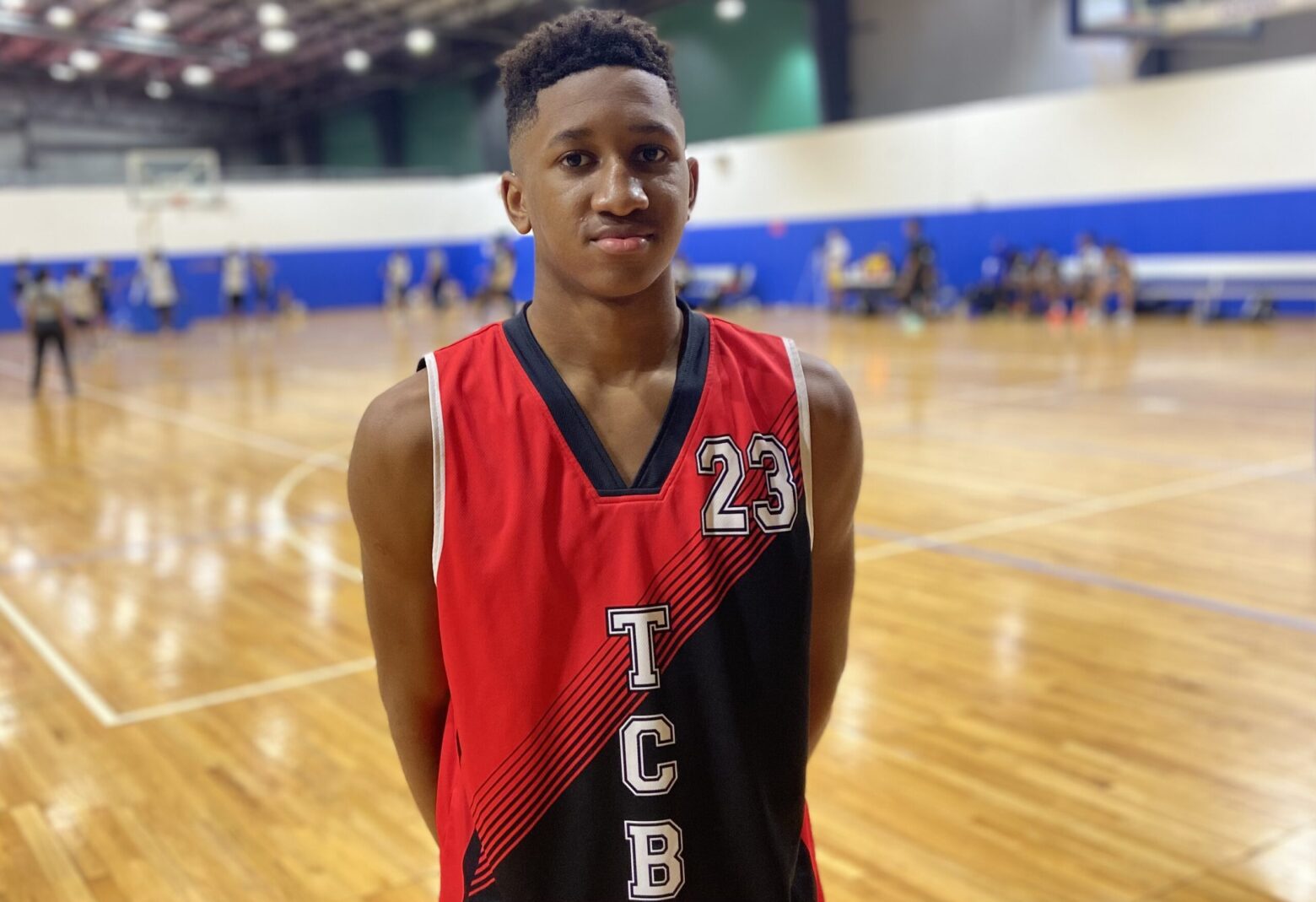 Here is a brief look at some of the better players that participated in the Middle School portion of the Source Hoops Winter Showdown held this weekend at the Game Point Event Center in Orlando.  Make sure to follow @SourceHoopsNext on Instagram & Twitter for more updates.

Hurley Brutus, Tri-City Ballers 2026: The 6’5 seventh-grader out of Tavares already has great physical tools with his size and length.  Brutus is a very good athlete that will be even better once he physically matures.  He is also highly skilled as he is a respectable perimeter shooter, solid driver & finisher, and rebounds in traffic at both ends.  Brutus is also a good ball-handler and passer; sometimes he plays a bit too unselfishly.  His potential is off the charts.

Luke McCrimmon, Tri-City Ballers 2026: The 5’10 seventh-grader out of Kissimmee, has a nose for the ball, coming up with steals, tips, and deflections on a regular basis.  He proved to be a tough defender both on and off the ball.   He showed the ability to play either guard spot and has good shooting range on his jump shot.  He comes from a prodigious basketball family, at it appears that he has been taught well.

Demetrius McCoy, Tri-City Ballers 2026: The 6’0 seventh grader out of Wildwood is already an advanced athlete that should excel at multiple sports once he reaches high school.  He is quick to the basket and finishes well in traffic.  McCoy is quick of the floor for rebounds at both ends.  A decent ball-handler and perimeter shooter, he proved to be difficult to contain at this level.  McCoy is active at both ends of the floor and whether his future is in basketball or football, it is a bright one.

Angelo Moton, Tri-City Ballers 2026: The 6’3 seventh grader out of Wildwood can play inside or out.  He has a good frame, rebounds, and runs the floor.  He handles the ball ok out on the perimeter and is a respectable shooter from 12-15 feet.  Moton does a good job of corralling rebounds on the offensive end, getting stickbacks quickly in traffic.  Defensively he moves his feet well and quickly coverts a lot of territory.

Dhani Miller, Powerhouse 2026: The 5’11 seventh grader from Lake Minneola has a high basketball IQ and skill level.  He handles the ball well under pressure, sees the floor and makes good pass vs. shot decisions.  Miller finishes well in traffic at the basket but also is a reliable perimeter shooter when the opportunity presents itself.  Very active on the defensive end, he has quick hands and feet, is alert for deflections, tips, and steals, and puts a great deal of pressure on the ball-handler.  A multi-sport athlete, he plays with great poise and never seems rushed.

Josh Perry, Powerhouse 2025: The 5’10 eighth grader out of Oviedo is a quick guard that was disruptive on the defensive end.  He was an active defender that frequently got his hands on the ball.  Offensively, he pushed the pace and quickly got the ball to open teammates.  Perry also shot the ball reliably from the perimeter.

Harris Hawk, CP25 SWFL 2025: The 6’1 eighth grader out of Sarasota has a solid frame, takes the ball strong to the basket, finishes in a crowd and is also a decent perimeter shooter.  Hawk rebounds well in traffic and is a reliable secondary ball-handler vs. pressure.

Oliver Boyle, CP25 SWFL 2025: The 5’11 eight grader from Sarasota is a smart player that sees the floor and makes good decisions with the basketball.  Boyle is a good passer and plays very unselfishly.  Reportedly a very good soccer player, he is somewhat new to organized basketball but according to coaches is improving rapidly.  His offensive development in terms of scoring points will be interesting to watch.

Jaquail Smith, SE Elite 2025: The 5’9 eighth grader from Orlando is very fast with the basketball.  He pushes the pace, gets to the basket quickly, and scores in a crowd.  Smith also excelled at the defensive end.  He anticipated ball movement, jumped the lane for deflections and steals, and also moved his feet well when guarding the basketball.

Alex Katsikas, SE Elite 2025: A 5’7 eighth grader from Jacksonville, he has a knack for making the right play.  He handles the basketball well, moves the ball quickly to open teammates and makes open perimeter shots.  Katsikas was solid when guarding the basketball and was quick to 50/50 balls and long rebounds.  He’s the kind of players coaches like to coach and hate to play against.

Nick Turner, SE Elite 2025: Already 6’6, the eighth grader from Melbourne has good size, a solid frame, and moves well for a guy his size and age.  He is a presence on the boards, challenges shots around the basket and plays hard.  His athleticism will improve over time.  Should he grow a couple more inches and continue to work on his game, he will be a force inside on the high school level.

Keron Jackson, SE Elite 2025: The 6’3 eighth grader out of Jacksonville is very talented.  He is a high-level athlete with a good basketball IQ and makes plays that are above this level.  He has good court vision, handles the ball well, rebounds and defends.  His perimeter shooting will improve with time.  Jackson has a high ceiling and will be as good as he wants to be.

Caden Santil, Tri-City Ballers 2025: The 5’10 eighth grader from Eustis wasn’t’ always pretty but got a ton of things done.  He plays hard and while not good at any one particular thing, his ability to make plays due to effort is a skill in and of itself.  No doubt his overall skill level will elevate over time.  Currently, Santil is a tough slasher, rebounder, and defender.

Jerry Ashley, Florida Future 2025: The 6’5 eighth grader from Fort Myers has good size and length already and his big feet suggest more growth is on the way.  He proved to be offensively effective from ten feet and in, showing an ability to get to the basket with one or two dribbles then powering the ball up and in.  Ashley also worked the glass at both ends of the court.  He’s more potential than production right now but that should come in a short amount of time.

Jacque Duversonne, Florida Future 2025: The 6’0 eighth grader from Fort Myers is athletic and plays with a high motor.  While his ball-handling can sometimes be an adventure, he doesn’t lose his dribble and finds open teammates for scores or puts the ball in the basket himself on forays to the rim.  Defensively he plays physically, moves his feet well, and is quick to the basketball.